“Have you heard that Toys R Us is closing?  You must be so glad!” is the greeting from dozens of customers over the last few weeks.  “Yes, I heard that,” I reply.  “Did you guys come in to visit me today—or is there something I can wrap for you?  I am unpacking new books… would you like to see?”

“So how’s business?  Are you guys OK?” is usually the follow-up query, delivered either sotto voce with a sympathetic look from a parent, or in the appraising raised eyebrow glance of the grandparent—that look that causes you to check your shirt for dribbles of donut frosting and a stray sprinkle or two. “We’re just great—how are YOU guys?  Wow, the kids get bigger every time I see them—my goodness, you’ll be taller than me in a week or so! Did you get an April calendar of activities? There’s a great author event tomorrow!”

I’m not sad to lose a competitor, but TRU was never that. They are a chain that sells children’s products, as we do, but oh, the myriad of things they sell is hardly comparable to my little neighborhood shop. Toys R Us may be considered “specialty” by the $26 billion toy industry, but that’s a label of product channel, not a description of their business. With 30,000 square foot stores, a giant annual holiday catalog, an ambitious (if problematic) online presence, and a trademark giraffe, the local Toys R Us  and Babies R Us were simply soldiers in a very large army. And their enemy, it seems, was as much within its own structure and increasing debt load as it battled the changing retail landscape. 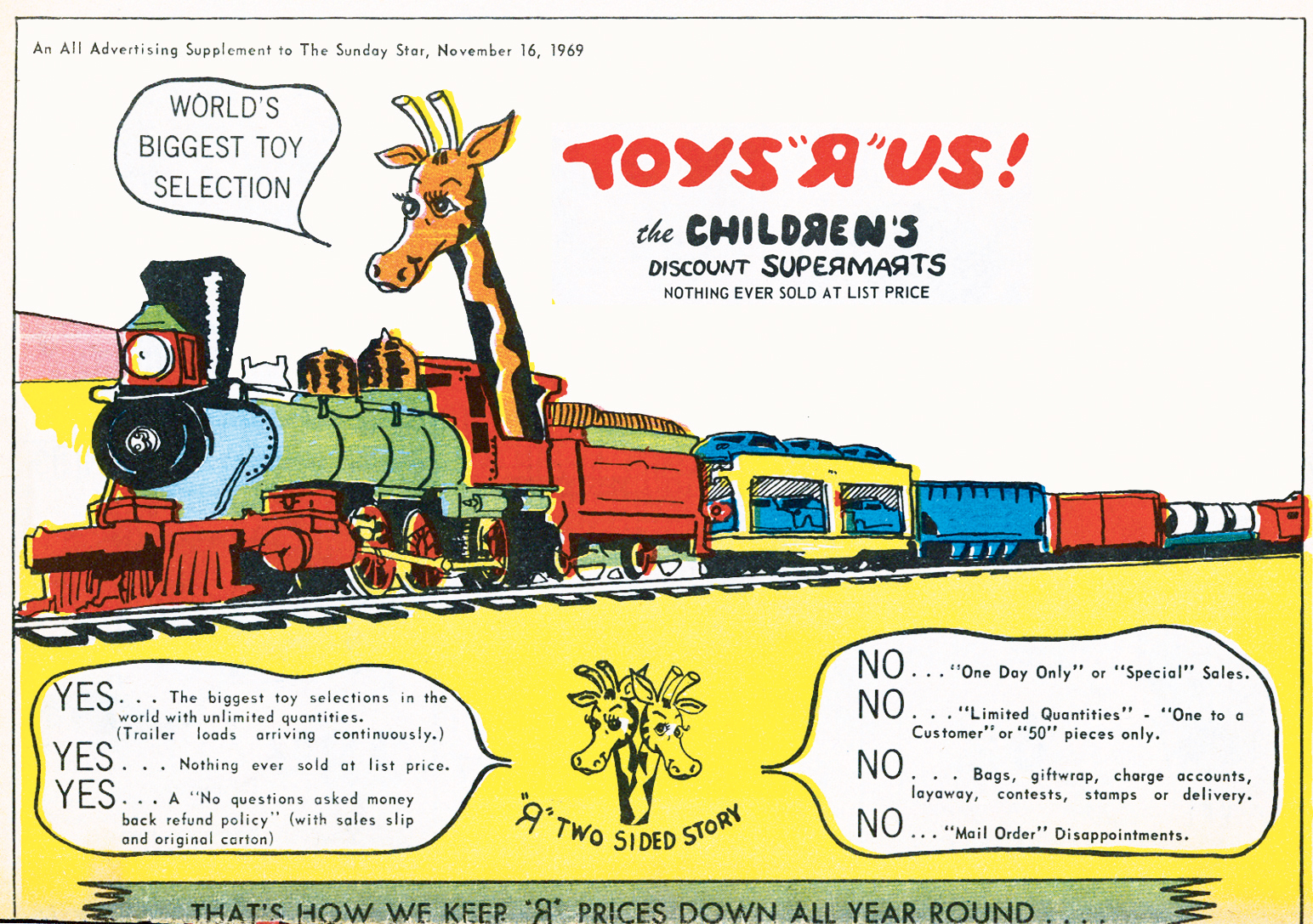 Geoffrey as he appeared in 1969, with some less friendly customer service policies

I am a bit wistful, though,  to lose another location in my community dedicated to kids and families. While I still maintain that  the TRU  stores were designed to make lots of heavily marketed, marginal play value items seem appealing and necessary to purchase, I recognize  that it was also a place where parents took their kids to wander, to try out bikes for size, to fit car seats and rollerblades and fill Barbie house dreams. Train tables and Aggravation games were part of their mix, too, as were jump ropes and jacks. The annual catalog (which I curse when it arrives in the November newspaper insert) was a holiday wishbook tradition for many, many children.

I indulged my curiosity last weekend, and made a quick stop at our Toys R Us location on the north side of Indianapolis. It had been years since I visited—I think the last time was a desperate hunt for an EasyBake oven for daughter Sarah a few weeks before Christmas around 2002. I didn’t get the oven there, but I got a good sense of the frenzied pace of that retailer during the holiday season. Aisles were crowded with carts, shelves were a jumbled mess from customers removing items and replacing them when they made another choice, and the lines at the checkout were long. As I remembered, the shelves went higher than I could reach, and the store was laid out so that you were directed through the entire maze of aisles, turning down bright pink tunnels of Barbie and blue passages of Legos and oh… look, a little area of books. It was a year before we opened 4 Kids, and I remember looking at the parents and grandparents waiting in long lines with overflowing shopping carts full of bright cardboard packages, and thinking that the kid business was recession proof.  Everyone would always buy for their children at Christmas, right? 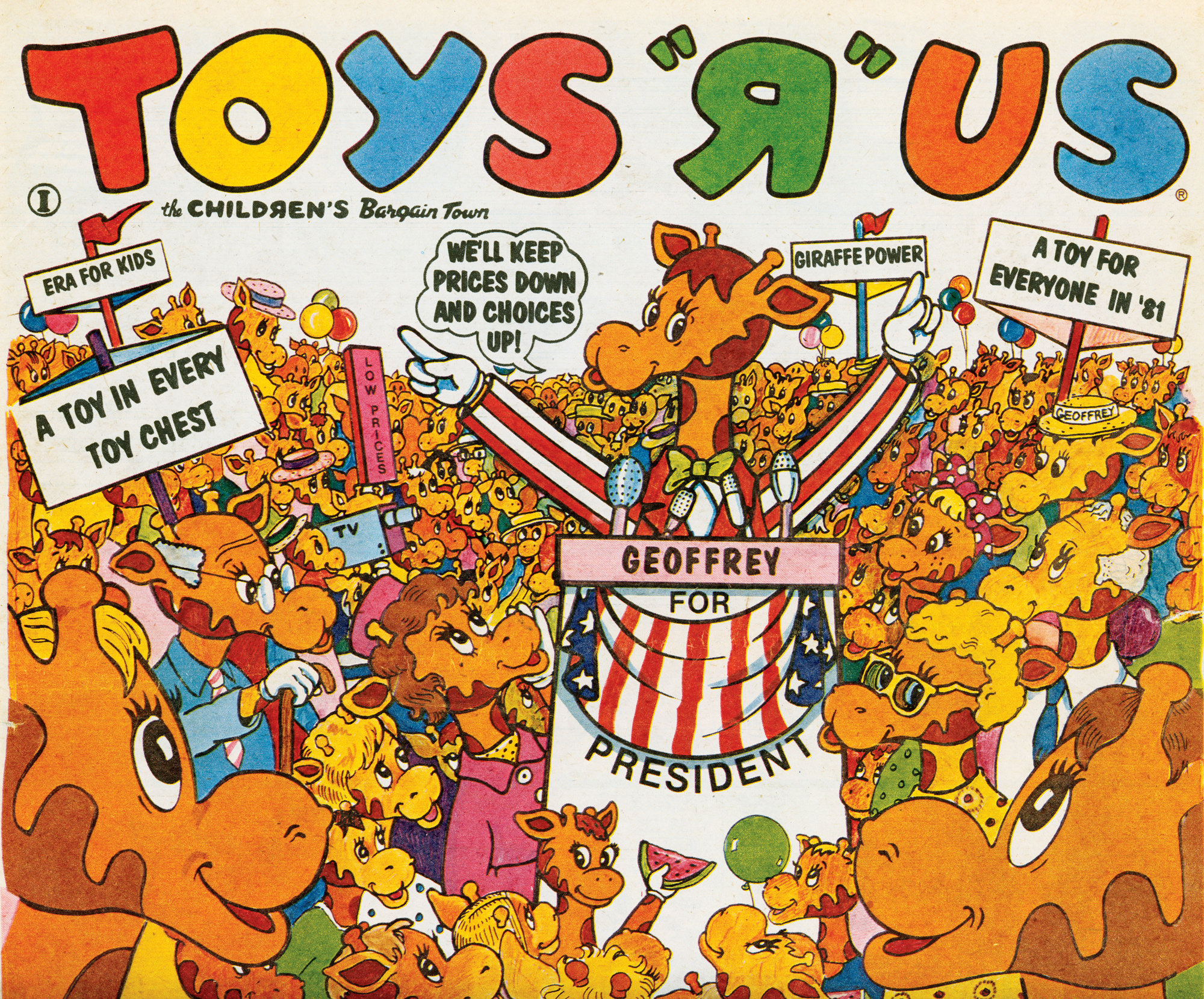 Our buddy Geoffrey in the early 80’s in a more activist stance.

The scene last Friday afternoon was a bit different. The parking lot was just as crowded, but shoppers were drawn by the large bright orange GOING OUT OF BUSINESS – EVERYTHING MUST GO signs in the windows. I parked at the end of the lot, and walked to the entrance behind two moms, their three combined kids, and lots of excited chatter about what everyone would get that day.  Inside, though, it was clear that the discount party hadn’t really started. Signs near the checkout indicated that while there were discounts up to 30%, most items in the store were 10% off, and there wasn’t really the frenzy of a clearance sale. I followed the flow into the first aisle, and decided to walk the store, just to see what I have been missing. It was pretty much what I remembered, with perhaps a looming sense of defeat in the endcaps that were a jumble of products, clothing that had fallen off little plastic hangers just in piles on the floor, and a lot of discarded shopping carts near the checkout area.

Lots of business analysts have opined about the chain’s demise. Certainly, a heavy debt load, however it was restructured, kept the chain from upgrading and improving its retail locations. The shift to commodity sales of mass market items, driven by price and convenience, was not a sustainable model for a business that turns the bulk of its sales in one brief quarter of the year. As several holiday seasons of flat sales came and went, the pressure on store performance was an insurmountable obstacle, and vendors pulled away. The ability of manufacturers to sell online immediately, without using TRU as a testing laboratory for new product lines, was also a factor. But retail, as we know, has fundamentally changed, while many retailers haven’t. Customers can buy almost anything cheaper, faster, and with less effort than a visit to the store that serves only one purpose. Multiply that truth tenfold if you factor in the effort of buckling a child or two into a car seat for the errand. And so, the allure of Geoffrey fades, as will the “everything must go” signs taped to the windows.

“How are you guys doing? Is your business OK?” 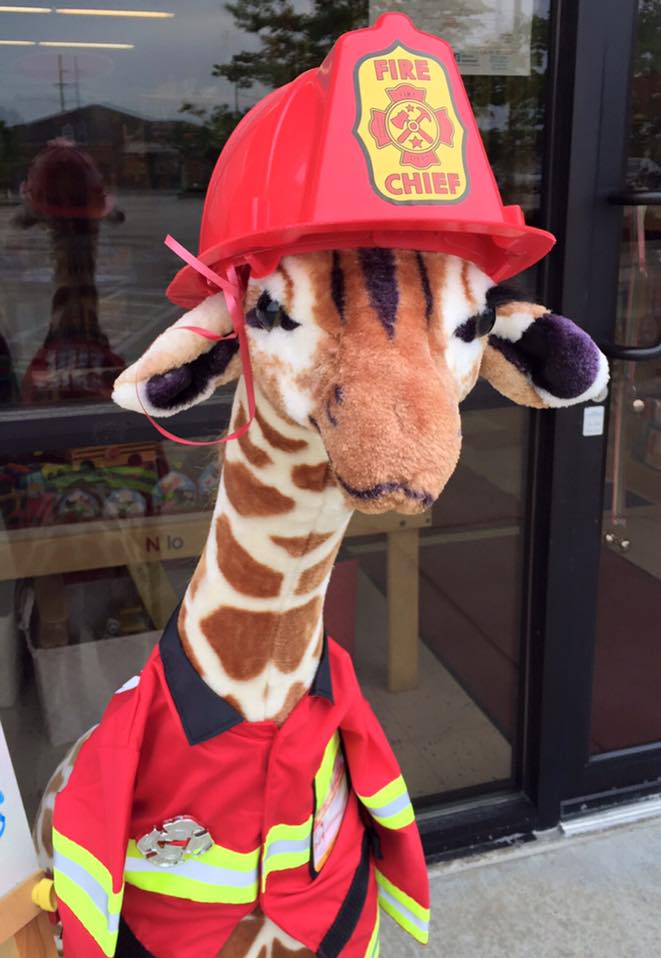