Imagine a magical tea bag, an ever-renewing pouch that provides new inspiration and refreshment every time it is steeped. Picture it in your mind’s eye. All right now, look and see if you can spot it in the picture below. 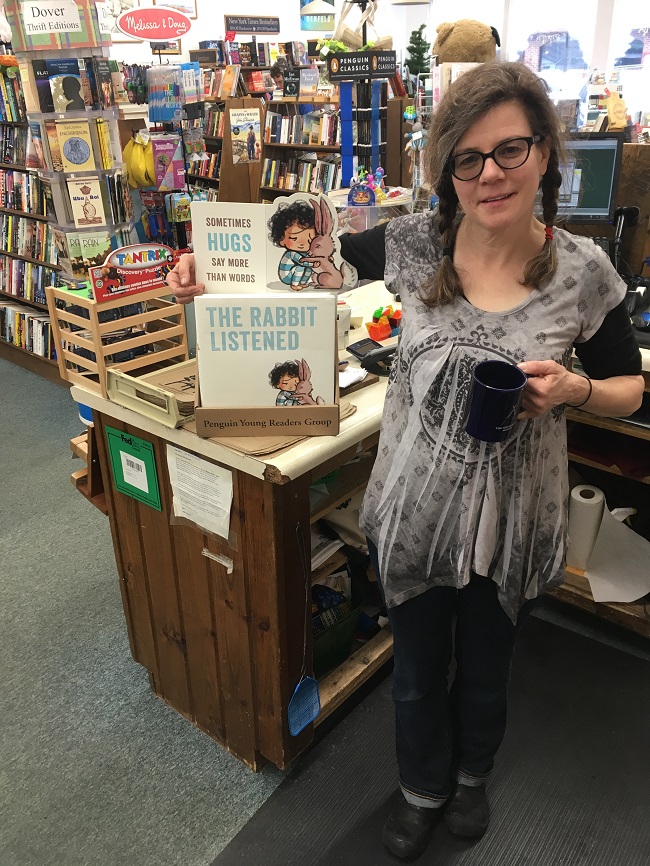 The Rabbit Listened by Cori Doerrfeld is a magical book indeed. What’s in this tea bag of a book, you ask? Let us not fall prey to making a list of ingredients but instead focus on the inspired effect produced. After all, few things lend themselves into being a repository of the gestalt so much as a great picture book.

You see, young Taylor made a special, amazing creation with his architectural blocks. It was tall, wide and wonderful, but also delicate. Out of nowhere a flock of crows appeared and lay the creation in ruins on the living room floor. 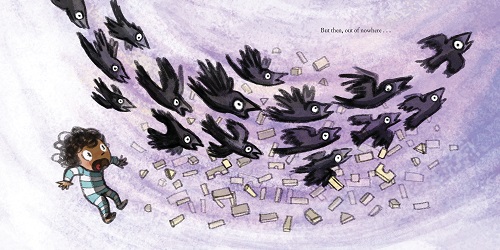 Many animals, such as chicken, elephant, hyena, kangaroo, and snake, stop by to give Taylor advice on how to deal with his disappointment. However, as with Bear’s advice to try shouting, when Taylor didn’t take their advice the animals left. 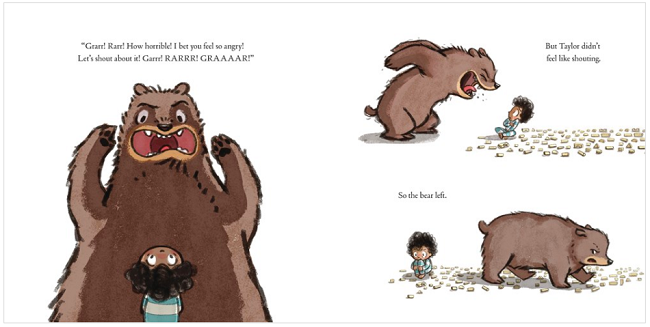 Rabbit was different. He stayed with Taylor as he worked through his disappointment, toyed with the advice he had been given, such as shouting, hiding, throwing it all away, or knocking someone else’s over. Through it all Rabbit stayed and listened. He even listened when Taylor decided to build again, to create something new. 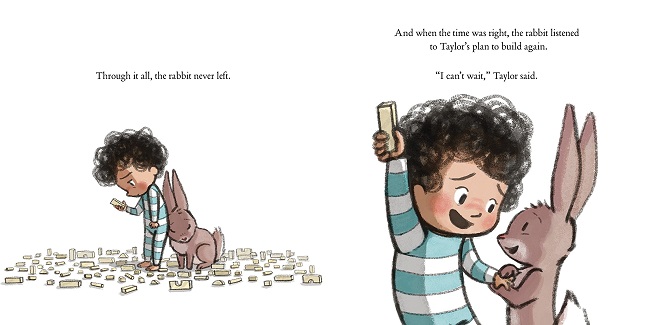 A sublime exploration of a delicate topic, The Rabbit Listened is as much a lesson to adults as it is a support and a revelation to young readers about the power of just being there and listening during difficult times. Sometimes simple patience and presence make your words resonate all the deeper when the storm has passed.

This is indeed a magical book, one that mirrors its own character. The Rabbit Listened is just like rabbit himself, there for us when called upon, giving, through its presence, reassurance that the ruinous elements of the world are, sometimes at least, themselves but the foundation of resilience and renewal.