I went to sleep with the Edelweiss grid open and now there’s drool on the keyboard and my author visit pitch for that new YA fantasy is just fjkldkjslkdfldkfjlsdkfjlkjlksdjfldkfjlsdkfjldskfjldksfjldskfj….. and it’s submitted and when I got out of bed I tripped on that stack of ARCs and I spilled coffee on my last clean shirt (and I have a school presentation this morning) and I could tell it was going to be a really bad day. 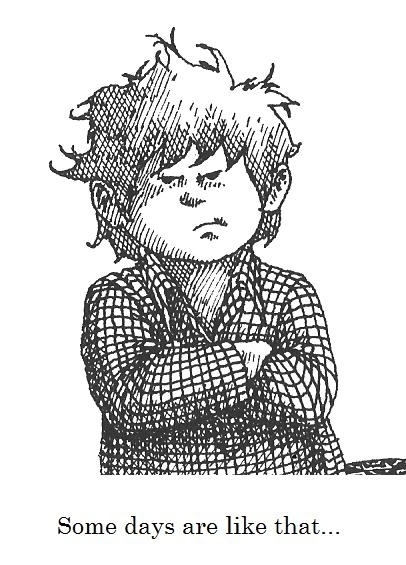 At morning staff meeting Antonia got the jelly doughnut and Nichelle got the last apple fritter so I had to eat the leftover granola bar from the drawer under the register with no coffee because I spilled it. All of the folding chairs were gone, too, so I had to sit in the bean bag chair. I said I would get a backache in the bean bag. No one even answered. I could tell it was going to be a quite horrible day.
I think I might move to Canada.


At the school presentation the media specialist said she had to submit all PO’s with three alternatives, and Amazon is WAAAAAY cheaper. I said that Amazon’s author visits were invisible, but she said that we left out their discount in our quote. Who needs discounts when you bring the

author? I just knew it was going to be a terrible day.
I could tell because Mrs Paul told her daughter that if we didn’t have the book, they’d just go to Target, and if that didn’t work they’d order it online, and that maybe they would try us again sometime. I hope you get bitten by the Target dog, I thought to myself. I hope that your package that you order online gets sent to Canada by mistake.
There were two kids fighting at the train table when I got back, and one of them punched the other and he threw up. Guess who got to clean it up? I didn’t want any lunch. It was turning out to be a no good day for sure.

I knew that it was, because later that afternoon the air conditioning made a thunking sound, and then just stopped working. Our HVAC guy came over and said that we need a new blower, new hoses, and that somebody had forgotten to change the filters again. He is going to come back next week to fix it. Next week, I plan to be in Canada, I told him.
On his way out of the shop the HVAC guy tripped on the train cars that I put on the floor when I was cleaning up and he fell down and was really mad and yelled and I said I was sorry and he said that I was liable and while I was explaining that it’s a kids’ store and he needs to look where he’s going, a customer told me that she’d been waiting to check out “FOREVER” and that she doesn’t have time for this. I am having a quite difficult day, I told everyone. No one seemed concerned. Maybe I didn’t say it out loud.
So then we needed to get the staff schedule done for the weekend and Antonia needs Saturday and Sunday off for her friend’s wedding and Nichelle is marching in the peace rally and then has to drive her little sister to college so she can’t work either. So I get all weekend again. They can make me work, but they can’t make me happy about it.
When the tech guy came to install our new customer loyalty system he said not to touch the iPad until he finished programming but I forgot. He also said that we should clear a spot right in front of the register so that more customers could access the screen, but I thought that the display of little enamel book pins could fit right next to it until he turned the iPad and all 338 of them spilled on the floor. There were supposed to be 350, but I think some of them might have rolled to Canada. The tech guy said that maybe we should do installations after hours.
It was really a horrible day.
There were damages in the wholesaler order and I hate damages.
There were movie adaptations in the White Box and I don’t usually like movies made from books, plus I never know what to do with the posters they send.
My cash register ztape didn’t balance, I lost my cheaters, the magic key thing that opens the top of the paper towel dispenser in the bathroom must have fallen into the trashcan and gotten taken to the dumpster, and I had to wear my old taped together glasses to balance the drawer and do the closing chores.
When I got home, I realized that I had forgotten to turn on the crock pot this morning, so dinner choices were either cereal or take out. We have Grape Nuts and  suspicious looking Shredded Wheat, so I guess I’m calling the pizza guy again.
It had been a really terrible, very rotten day.
My bulldog says that some days are like that. Even in Canada. 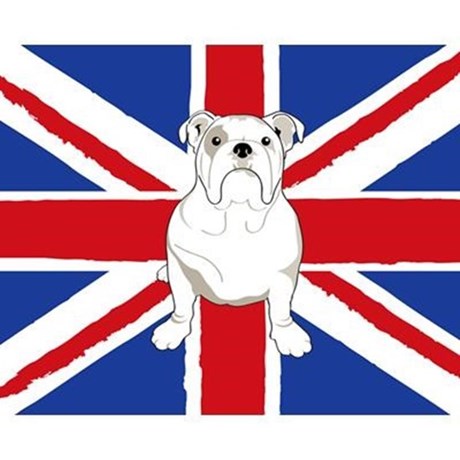 **this post is, of course, a clumsy attempt to mimic the iconic text of ALEXANDER AND THE TERRIBLE, HORRIBLE, NO GOOD, VERY BAD DAY by Judith Viorst, brilliantly illustrated by Ray Cruz, published by our friends at Atheneum, an imprint of Simon & Schuster, in 1972. It is not only part of our cultural literacy, but a source of strength and humor to readers of every age. Even in Canada.

20 thoughts on “The Bookseller and the Very Bad Day *”