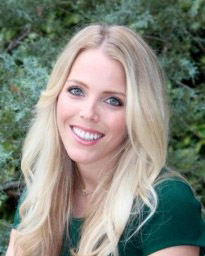 Turning the last page of Chandler Baker’s This Is Not The End I found myself wishing that were true. It’s a story you don’t want to leave. In the world of This Is Not The End, every citizen, on her 18th birthday, can apply to resurrect one, and only one, person. Resurrection not only restores a body to life but heals its physical defects in the process. With her best friend and her boyfriend dead in a car crash, her resurrection choice already spoken for within her broken family, and the days until her 18th birthday ticking away, Lake Devereaux is in a tight spot by any standard.

This Is Not The End uses the abundant drama of Lake’s predicament as a powerful fulcrum of self exploration and revelation. Chandler took the story in several directions I hadn’t foreseen, delivering a rich story that is both a taut thriller and a satisfying, multifaceted love story. As I see it, the book, which comes out in August from Hyperion, is not only terrific, but also exceptionally promising in the sales department. I asked its author to weigh in here on some spoiler-free topics from its pages.

Kenny: The realization that the looming prospect of resurrection has led Lake’s quadriplegic brother Matt to suspend his personal growth is a powerful one. Is the revelation made in the anonymous social media thread that Will, Lake’s deceased boyfriend, felt like he was a fake related to that in any sense? 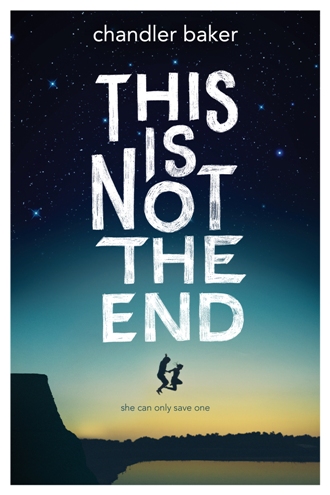 Chandler: Matt and Will are two of my favorite characters in the book. To me, each of these characters is over-compensating for something that took place in their personal histories. Their overcompensation takes them to opposite extremes, but for each one, keeps him from being true to himself.

Kenny: I’m interested in the idea that memory would survive resurrection. For example, it seems that short-term memory would disappear far faster than long-term memory. Since there are so many variables affecting memory preservation, I was thinking that there would be big business opportunities in the memory preservation department. Are people in the book’s world taking memory protein preserver supplements along with their vitamin D?

Chandler: I’m fascinated by the question of how we remember experiences. Though I could see products like memory protein preserver supplements taking off in the world of This Is Not the End in the same way that, say, family cryogenics insurance does, in my head canon it wouldn’t be strictly necessary in order to preserve the memories post-resurrection. Aging is the slow breakdown of our DNA at the cellular level. So each time cells replicate and divide they make a copy of the DNA stored in the nucleus. Like in a photocopier, over time each copy becomes a little more distorted from the original. Since DNA acts as the “brain” of each cell, if the DNA gets corrupted then the cells don’t work as well (or regenerate at the same pace).  Similarly cells get damaged from injury and illness in such a way that cannot be restored completely – either because the DNA gets damaged or the programming tells it to do something differently such as create scar tissue. The vitalis process or  “lifeblood” in the book works at the cellular level to reset the DNA in each nucleus to the quality of the “original” version at birth, but keeps all the existing cells and proteins created from birth up to the age right before death. Without giving away too many clues from the book, we know resurrected folks have a different quality of cell, but they still have the same quantity as the person they were when they died. Since memories are made by creating proteins to connect synapses in the brain, resurrection wouldn’t do anything to these proteins/synapses as they are not flaws in the DNA of our cells, but instead something separate created along the way.

Kenny: One of the things I love about This Is Not The End is its open-ended exploration of personal identity tucked inside a truly compelling story. All the characters have their own complex identity issues. Is there a common thread that binds them together? 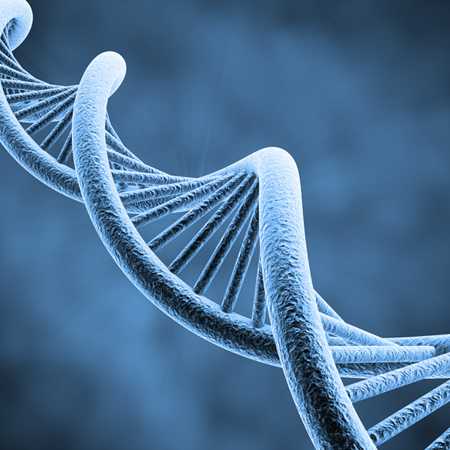 Chandler: Yes, while I think there are a few common bonds, most important to me is that each of the characters has had something happen to them in their background that they are trying to exert control over in order to create a sense of personal agency. These methods for coping play out with varying degrees of success and tragedy.

Kenny: Quick technical question. If someone younger than 18 is resurrected, do they maintain the legal right to resurrect someone else?

Chandler: Yes, they do, but this is certainly a point of controversy in the world of This Is Not the End. One of the things I wanted to explore at least tangentially is how we define and regulate fundamental human rights.

Kenny: Is resurrection a metaphor for personal growth? For example, is sophomoric Harrison Vines, who Lake is shocked to find more mature later in the book, resurrected in a sense?

Chandler: My hope is that readers engage with the idea of resurrection in a variety of different contexts. Metaphorically, yes, many of the characters experience a resurrection of sorts, re-defining their own personal identity over the course of the book. More literally speaking, for other characters, resurrections act as an impediment to personal growth and for still others, resurrections create a choice that forces them to look differently at the people in their lives, thereby irrevocably altering their perception of the world around them.

Kenny: If you personally could resurrect someone do you know whether you would or not?

Chandler: I think I would. I’ve thought a lot about the moral complexities surrounding the idea of resurrection, but I don’t know how I could overcome the desire to resurrect a loved one, especially if it were my spouse or child.

Chandler: It was a pleasure.