Everyone wants to write a book, right? We had an event on Sunday that I think any town would love: a chance for aspiring authors to pitch their book ideas to a panel of experts and receive  feedback — along with a chance to win an introduction to an agent or publishing house.
“Book Doctors” Arielle Eckstut and David Henry Sterry, authors of The Essential Guide to Getting Your Book Published: How to Write It, Sell It, and Market It . . . Successfully, and Workman Publishing sales representative Katie McGarry, served as the panel of pros to whom our roomful of hopefuls pitched their wares. The way it worked was this: participants RSVP’d for the event, knowing that there would be time for about 20-25 of them to get one precious minute in which to give an “elevator pitch” for their book; in effect, a literary audition. 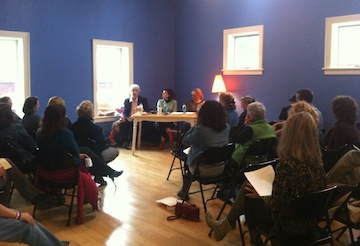 An anticipatory crowd facing the panel of publishing pros.

After a lively, encouraging introduction, in which David and Arielle gave their own book’s one-minute pitch (“walking the walk,” as Sterry put it) in unison, they each spoke a bit about their backgrounds: David, about being a bestselling author, Arielle about her life as a literary agent, Katie, sharing her background as a seasoned publishers’ sales rep.
Then the team worked from the RSVP list and called up participants one at a time. After each sixty-second pitch (timed exactly and fairly, which took an element of anxiety out of those waiting their turn), the three gave excellent feedback about the structure and content of the pitch itself, and about the book idea and its possible positioning in the marketplace. 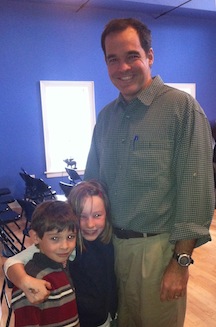 What astonished us was how GOOD all the pitches were! I’m not just saying that, either. Either this event draws only the really committed writers dedicated to their craft, or Vermont is just jam-packed with talent. Probably both. Many of the writers were known to us as customers; several surprised us with their literary aspirations. A few were published authors already, there to test out ideas in new genres. And some folks were new to the store altogether. All of them were a true pleasure to listen to, and that is no small feat when your own profession is basically encountering book pitches in some form or other all day long. Every memoir pitched had an interesting hook and subject matter; the novels were fresh and intriguing. It was a fascinating afternoon.
The “panel of pros” were equally terrific. Their comments were helpful, positive, focused, and honest, and each had a unique perspective to share. It’s not always easy to tell people what isn’t working about an idea or a proposal, but these three folks are so experienced in the field that they can articulate the challenges clearly while also pointing writers in the right direction to make the pitch (and possibly the book) better, more effective, more appealing to the first round of gatekeepers in a book’s life. Thoughtful and kind, they proved themselves the best kind of shepherds.
They also were generous and savvy book promoters, offering a free 20-minute phone consultation to anyone who purchased a book at the event. That’s a valuable incentive for a customer, and we sold a lot of books that day! 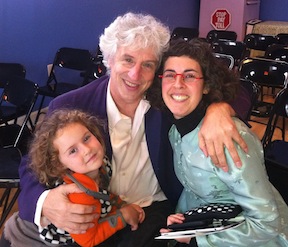 After everyone had pitched, the judges conferred and came up with a winner. “It was difficult,” they announced (and they meant it), “but one pitch was particularly well-crafted and polished and publisher-ready.” That pitch was given by Robert Macauley, a triple threat in the form of a writer, minister, and physician, whose pitch introduced an epidemiological thriller. Macauley’s two children had accompanied him, sitting attentively through the entire event, applauding for everyone, and quietly but enthusiastically high-fiving and hugging their dad after he gave his pitch. When he was announced the winner, they whooped happily, a wonderful cheering section. Everyone left with a happy glow and some great ideas for taking the next step with their work. 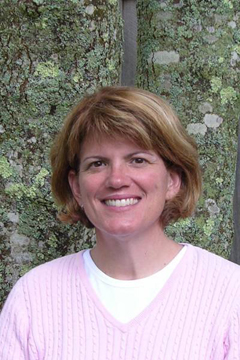 Speaking of kids: we’d been under the impression that children’s books were NOT eligible for the Pitchapalooza, so we’d taken pains to articulate that in our promotional materials. But when one participant (who hadn’t seen that caveat) pitched her picture book to a welcoming panel, and we spoke with the panel afterward, we discovered that all genres had been on the table after all. Whoops! We could easily have a Pitchapalooza event entirely devoted to children’s and YA books, and I think it would be just as packed, if not even more so. I think we’re going to plan one, and soon.
Pitchapalooza was a wonderful, well-attended event, and I recommend it to booksellers everywhere. The participants were extremely appreciative, not only of the panelists, but of our bookstore for making the event happen. It’s just one more example of the kinds of things bricks-and-mortar stores can offer a community that online shopping can’t provide.

4 thoughts on “Pitchapalooza – Great for Your Town!”