BEA is over and done with for 2011, and, as they say in school yearbooks, it was a pretty wild ride. So many books and book people gathered in one place always makes for an exhilarating literary lovefest, and there were lots of noteworthy events and moments and discoveries that made the trade show well worth the cost and time away from our bookstores. This week, Josie and I will be sharing some of our favorite BEA events.

One strange item about this year’s show: books themselves seemed to be on hiatus from some booths at BEA. Galleys were under lock and key in many booths, and a couple of publishers didn’t display ANY printed books in their booths whatsoever. I can sympathize with wanting to curb the enormous expense of giving away free ARCs, but to not have any display copies of fall titles on hand is just… downright eerie. It will be interesting to see if this trend dies out or expands to other houses at next year’s show.

Happily, both books and authors were on display during Tuesday’s Speed Dating with Children’s Authors and Illustrators event, sponsored by the ABC Children’s Group at ABA and the Children’s Book Council. This was the fourth year of an extremely popular event that gives a roomful of children’s booksellers and librarians the opportunity to meet almost a score of our field’s wonderful children’s book creators.

Panoramic shot of the Speed-Dating event in action.

This year’s slate included both established stars and debut novelists, who gamely moved from table to table every five minutes or so for an hour and a half, introducing themselves and their newest books to participants. That’s a challenge even for seasoned public speakers, and I was impressed by how well the authors and illustrators — who are often very private people with tendencies toward introversion — kept their energy high and their talks as lively at the last table as at the first. Kudos all around, and a special appreciation for the Children’s Book Council and ABA folks who ran a well-organized event.

If you couldn’t get a ticket (this event has filled up every year since it began in 2007), here’s your chance to see these folks and their new titles! 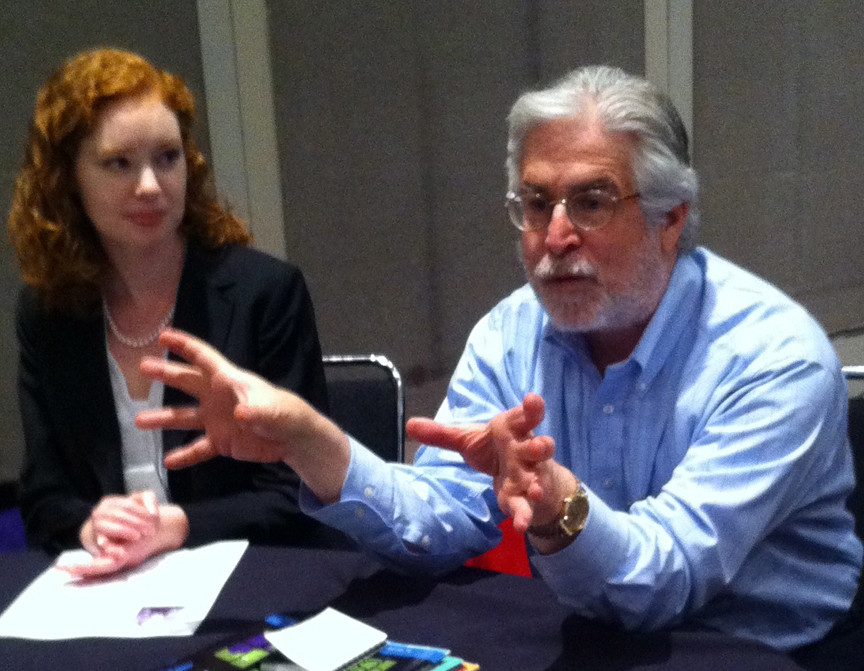 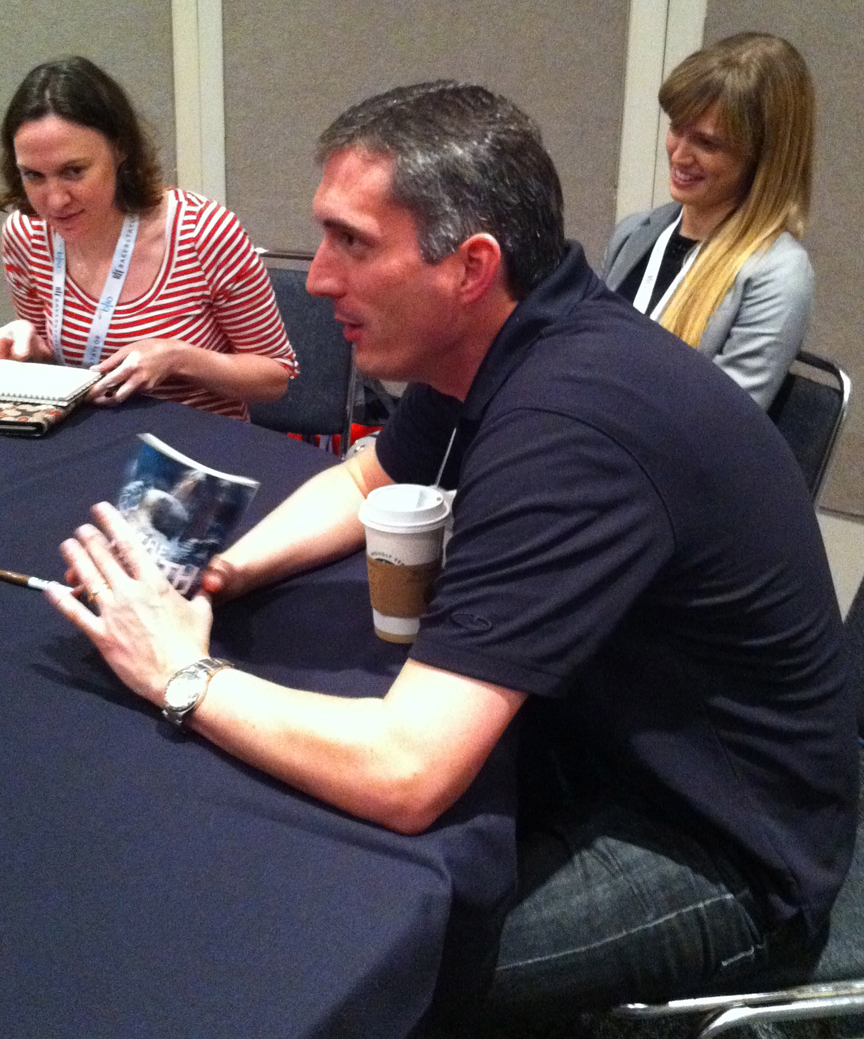 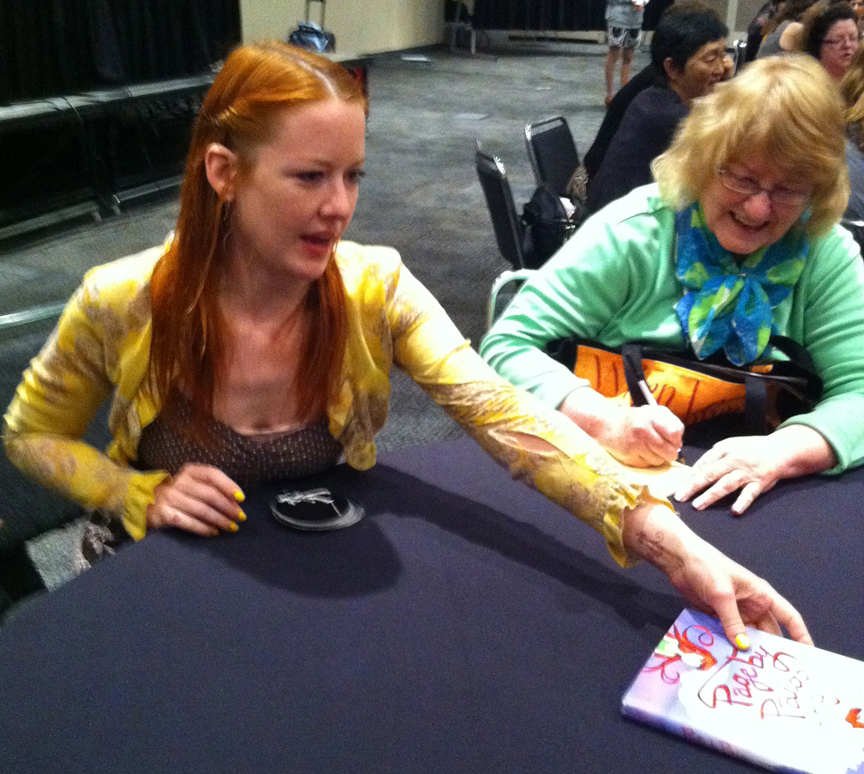 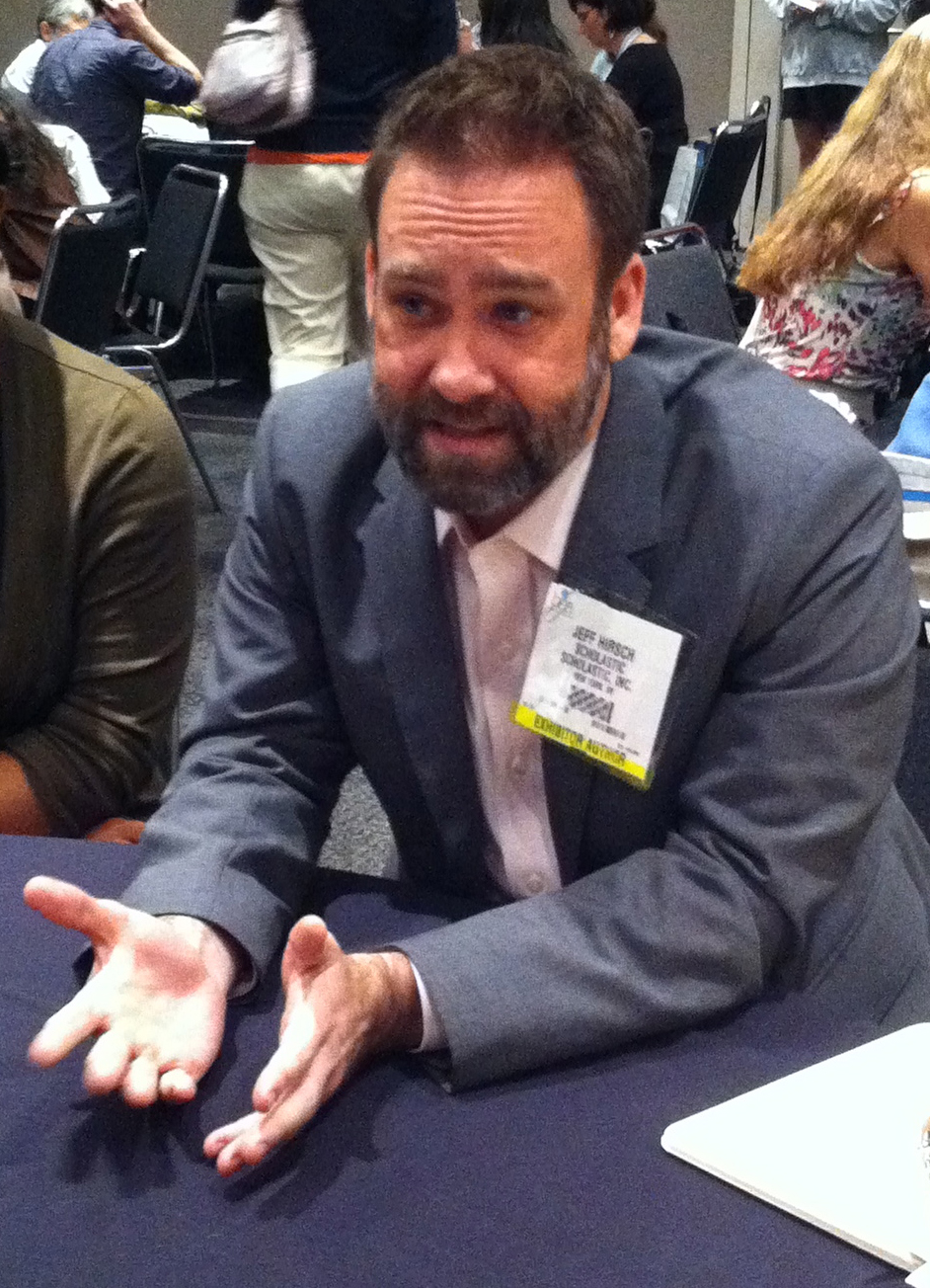 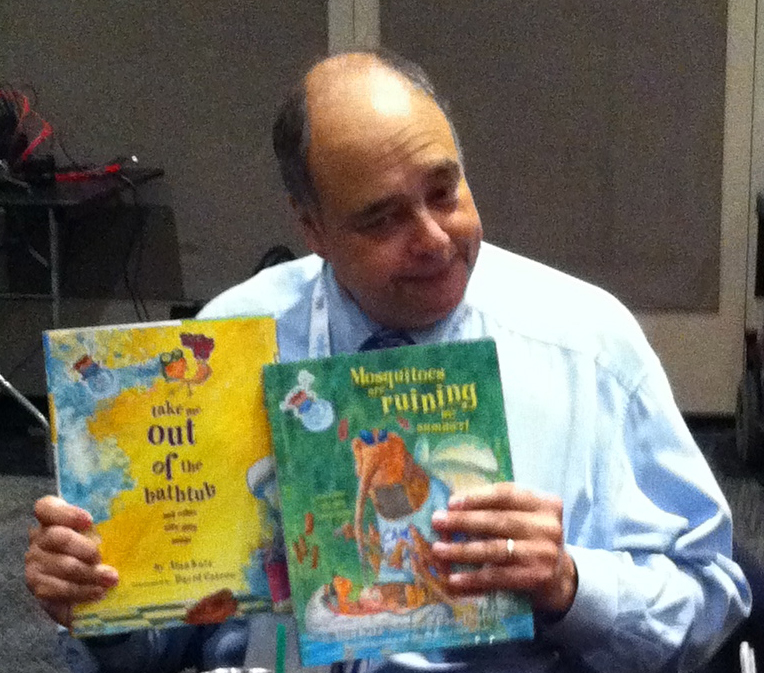 Alan Katz, ‘Mosquitoes Are Ruining My Summer’; ‘Me Me Mine’; ‘Poems I Wrote When No One Was Looking’ (Simon & Schuster) 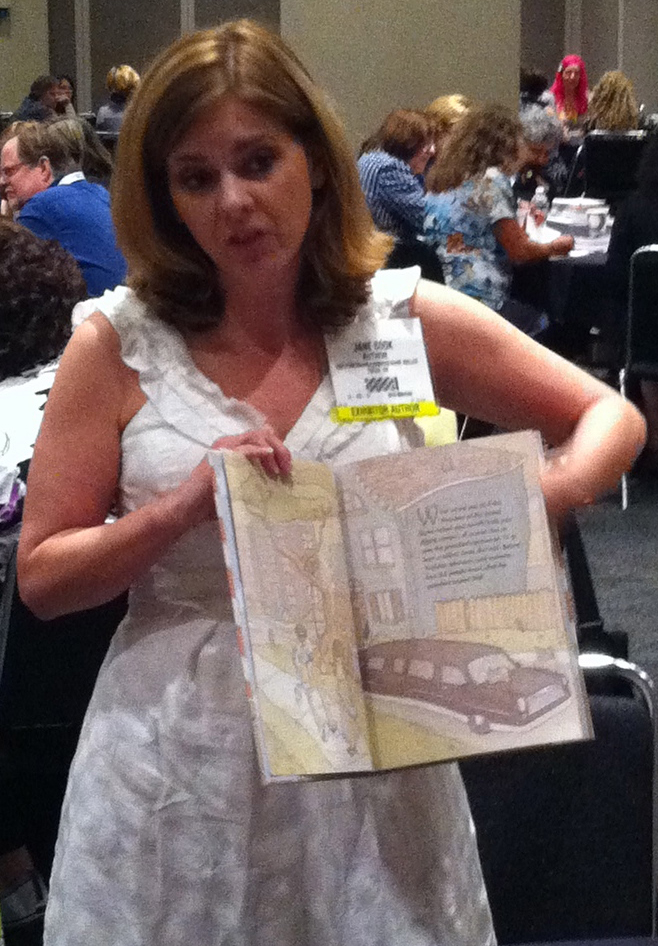 Jane Hampton Cook, 'What Does the President Look Like?' (Kane Miller) 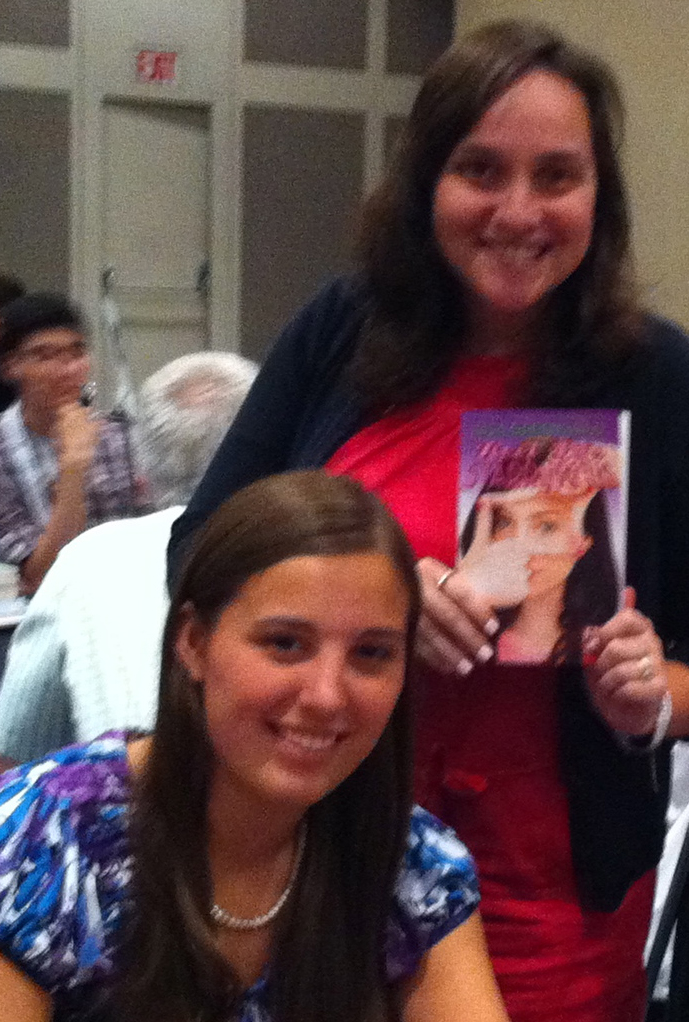 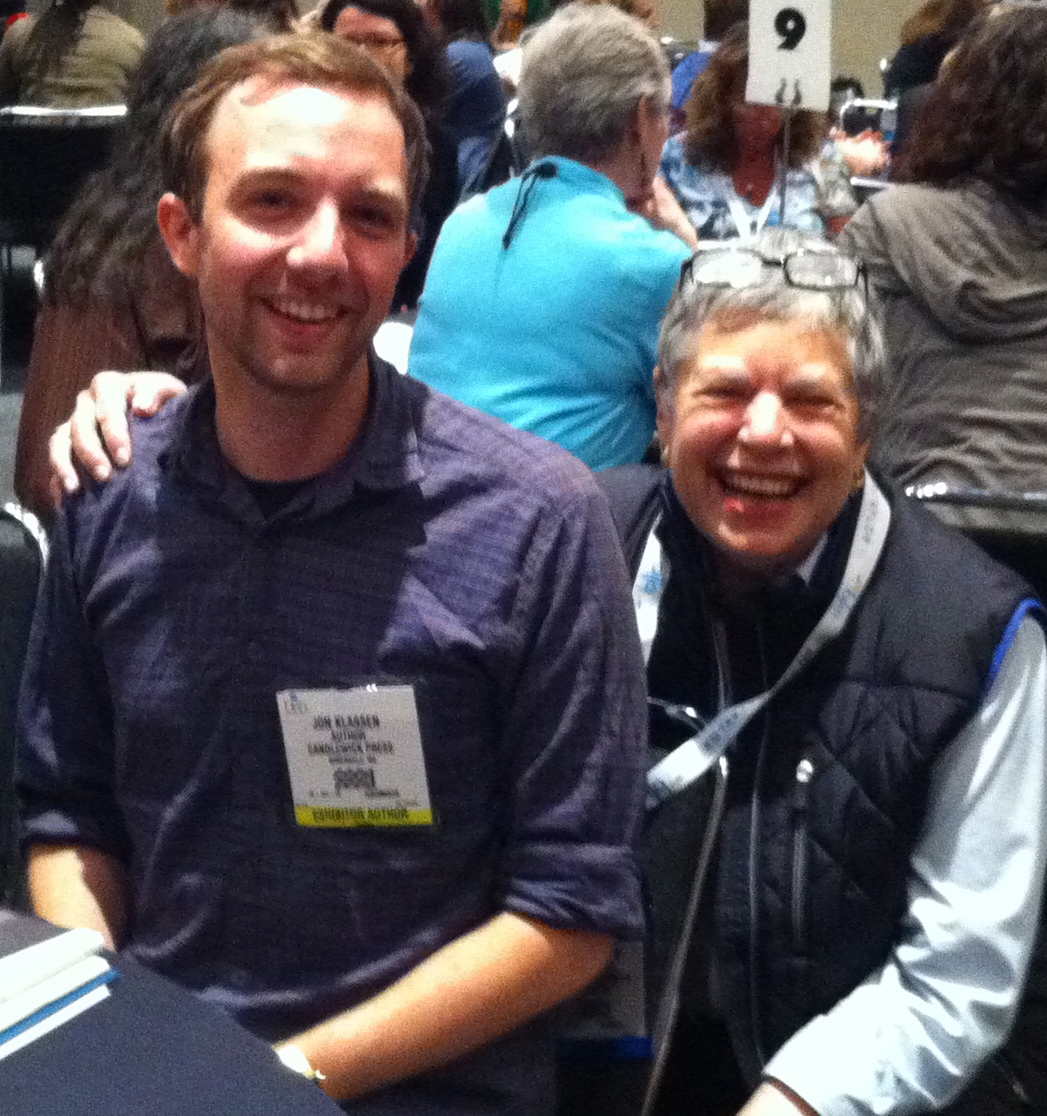 Jon Klassen, 'I Want My Hat Back' (Candlewick) 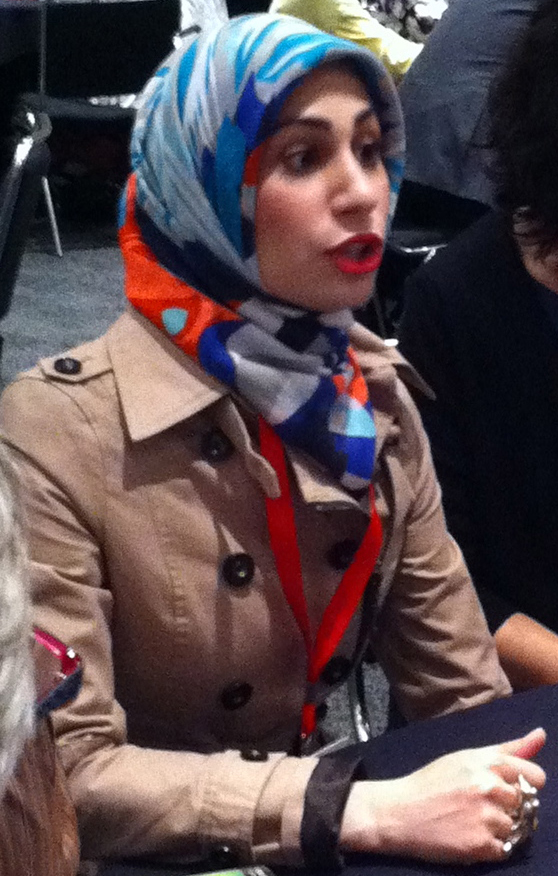 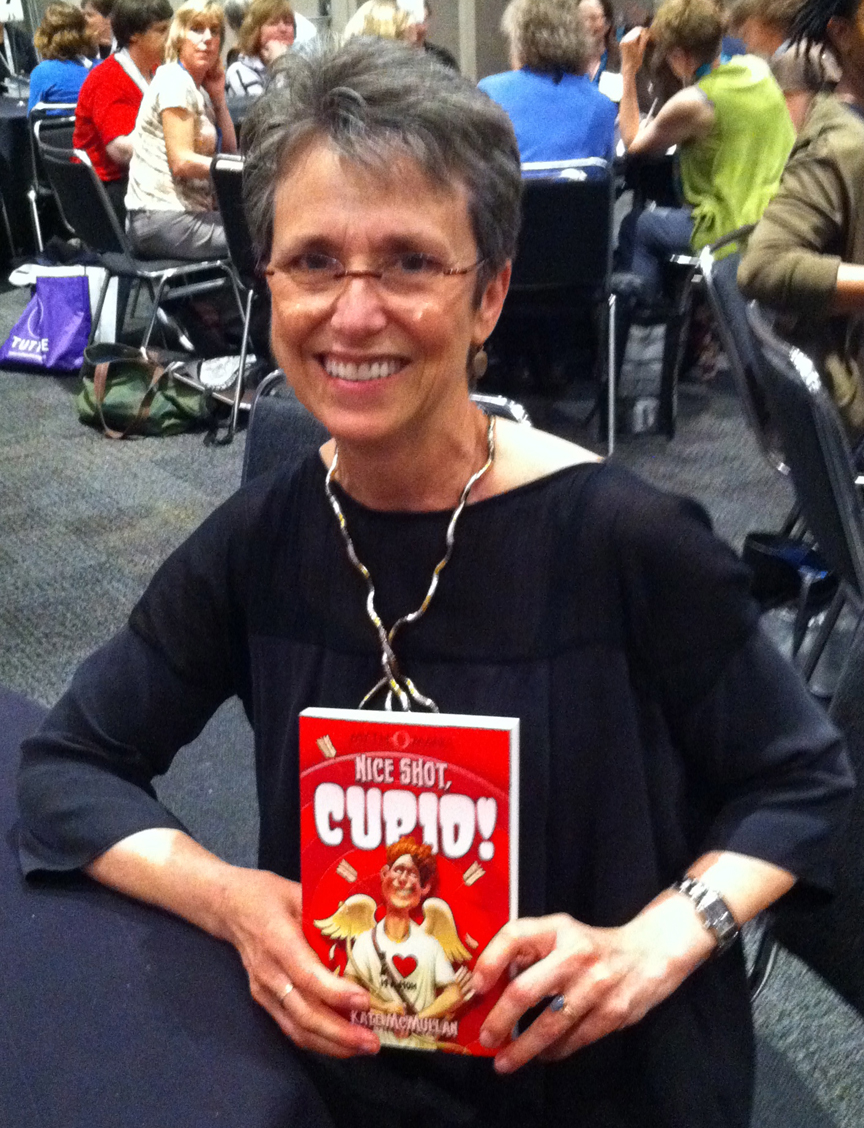 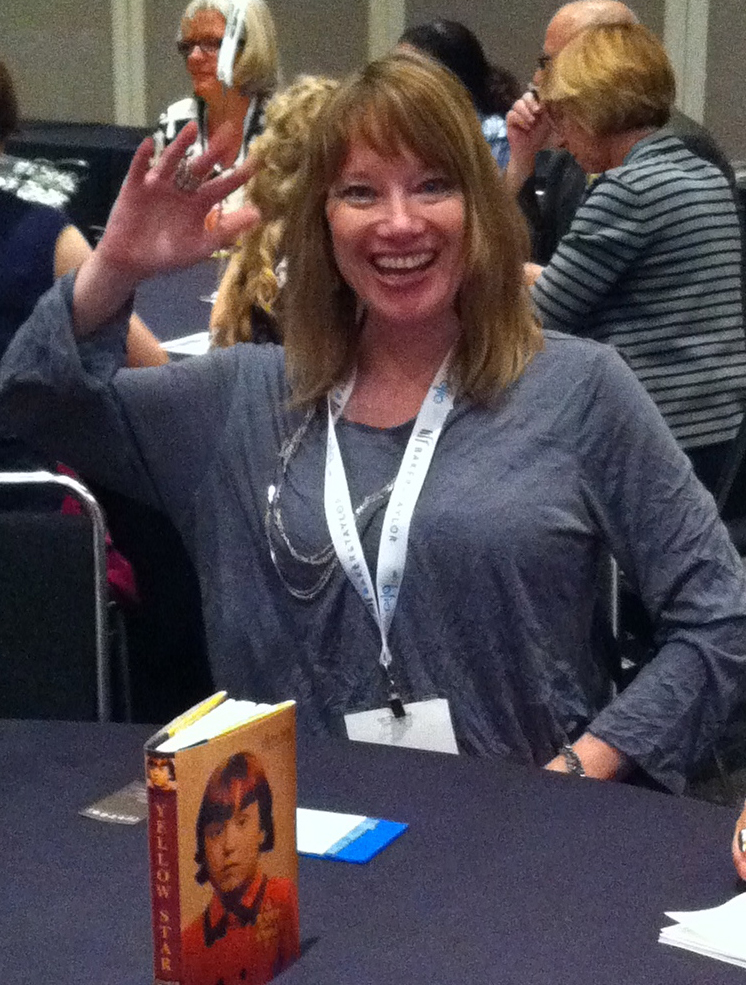 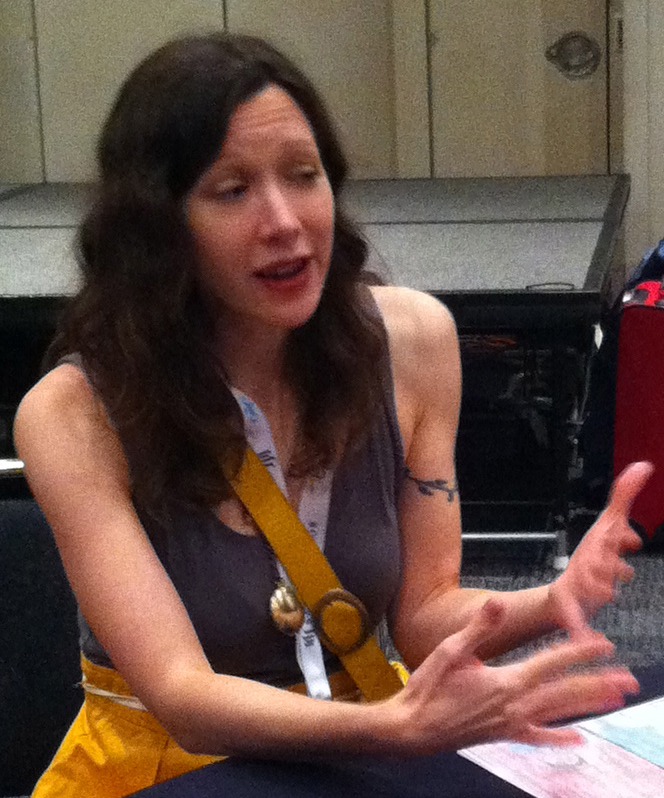 Marie Rutkoski, 'The Jewel of the Kalderash' (FSG) 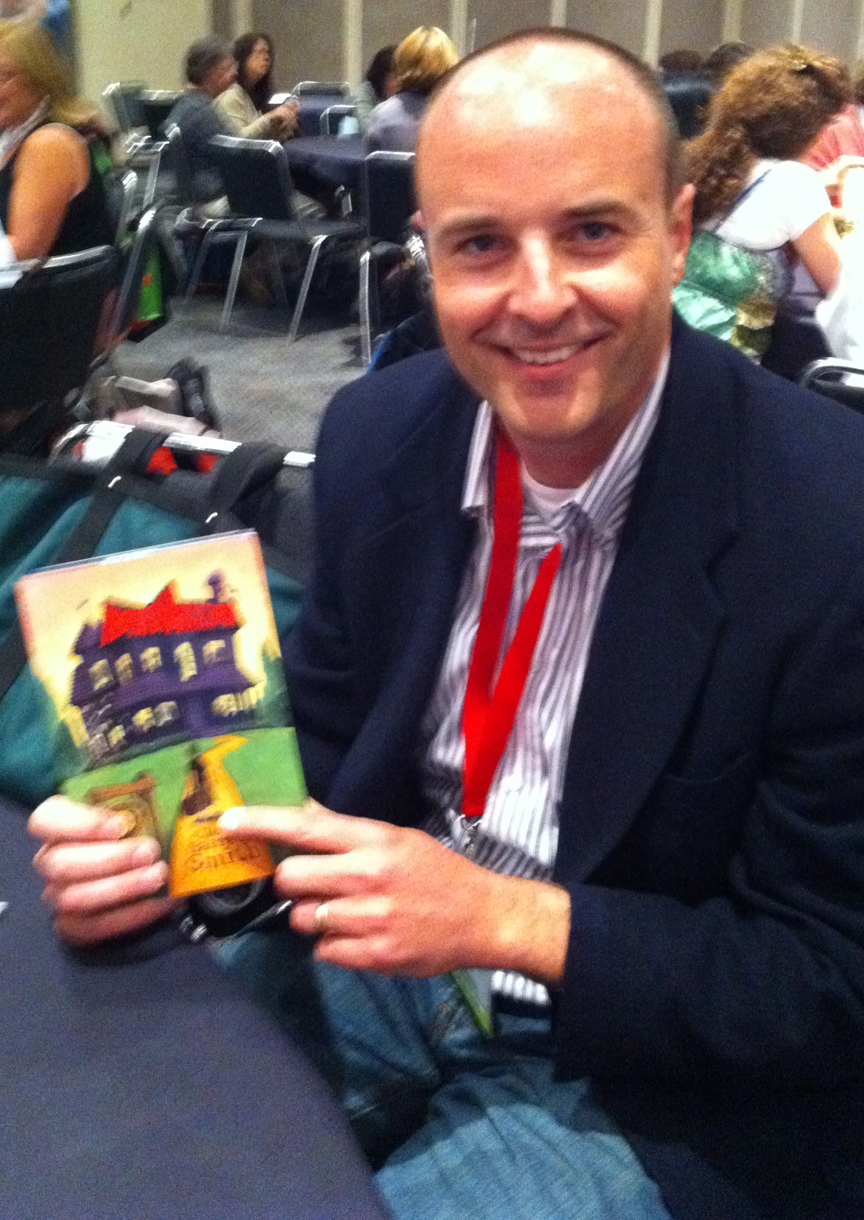 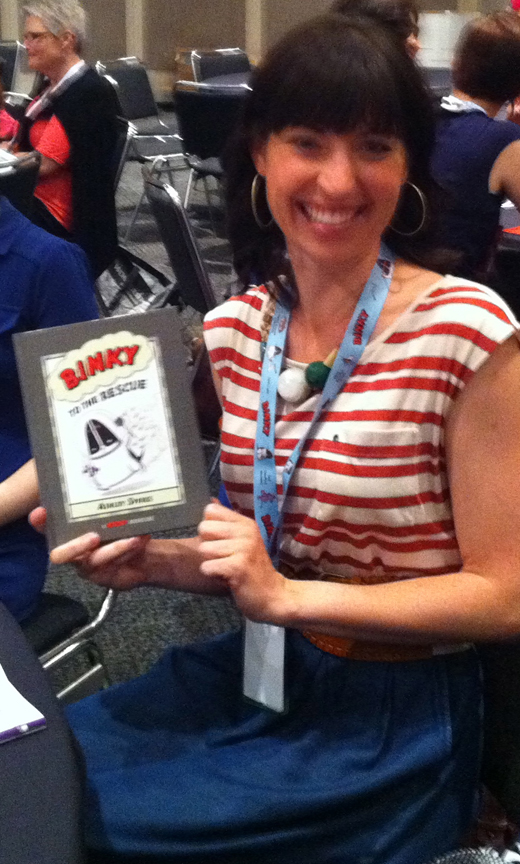 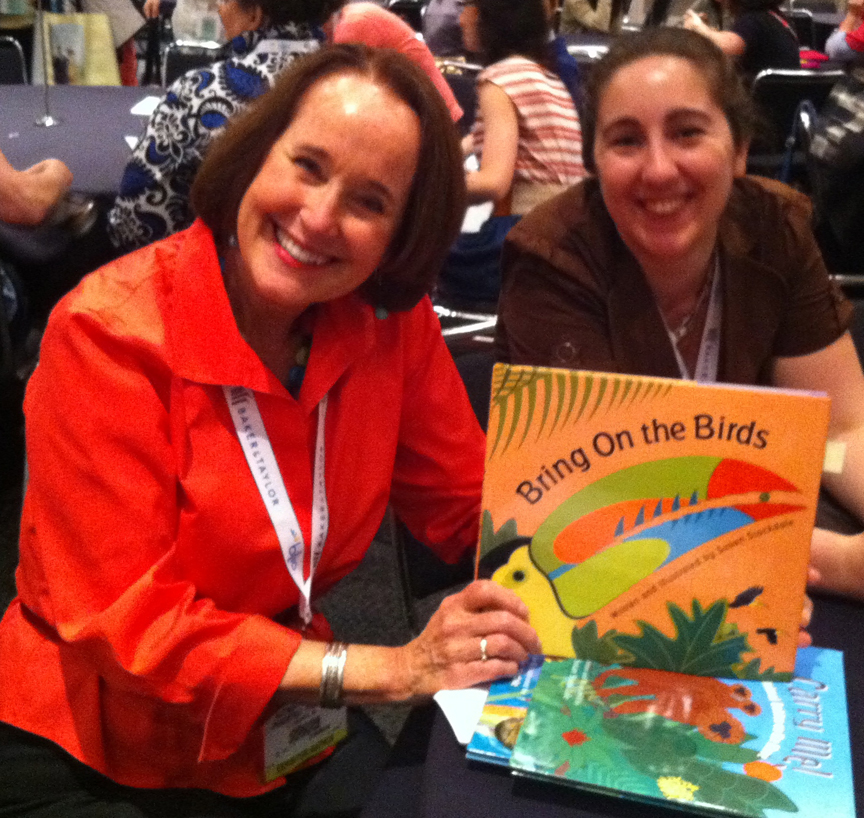 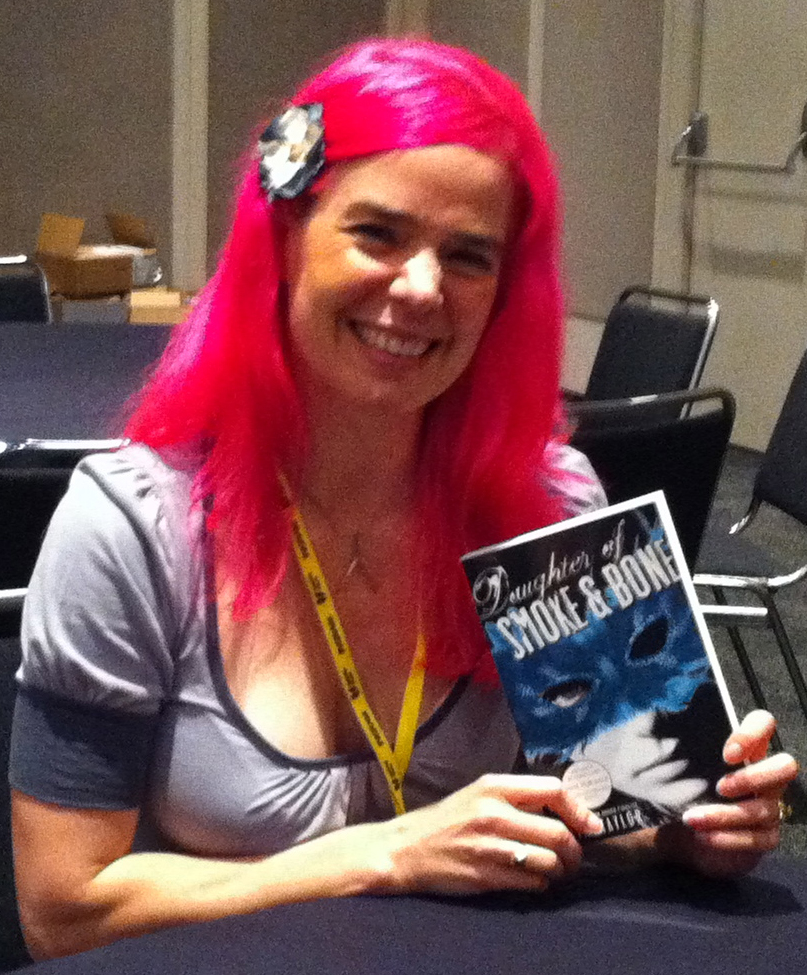 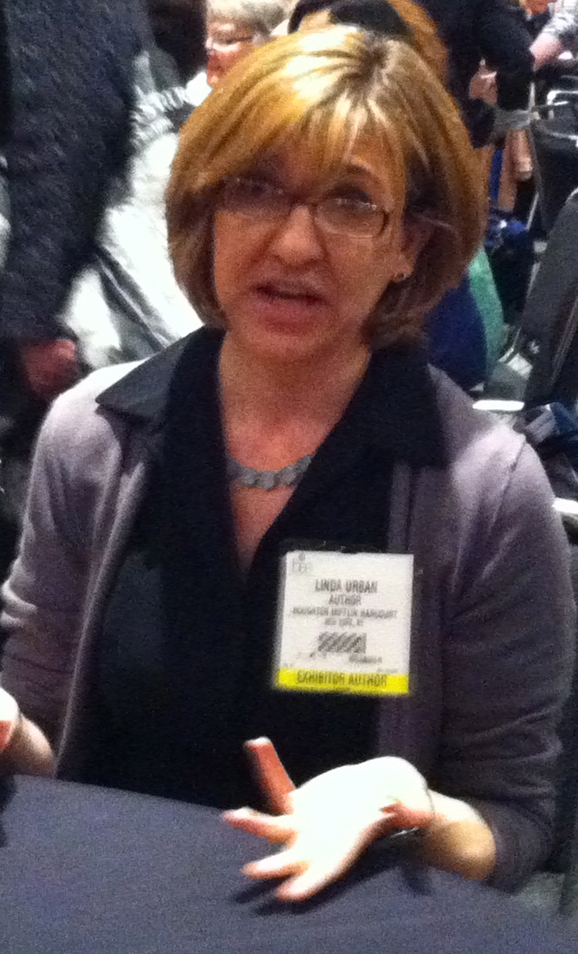 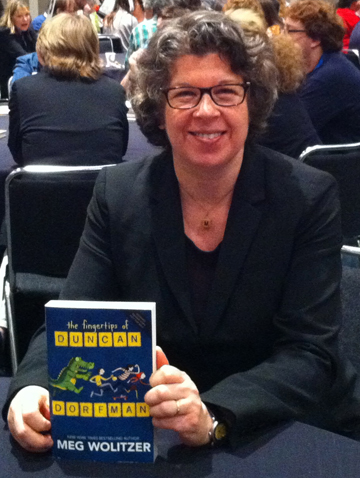 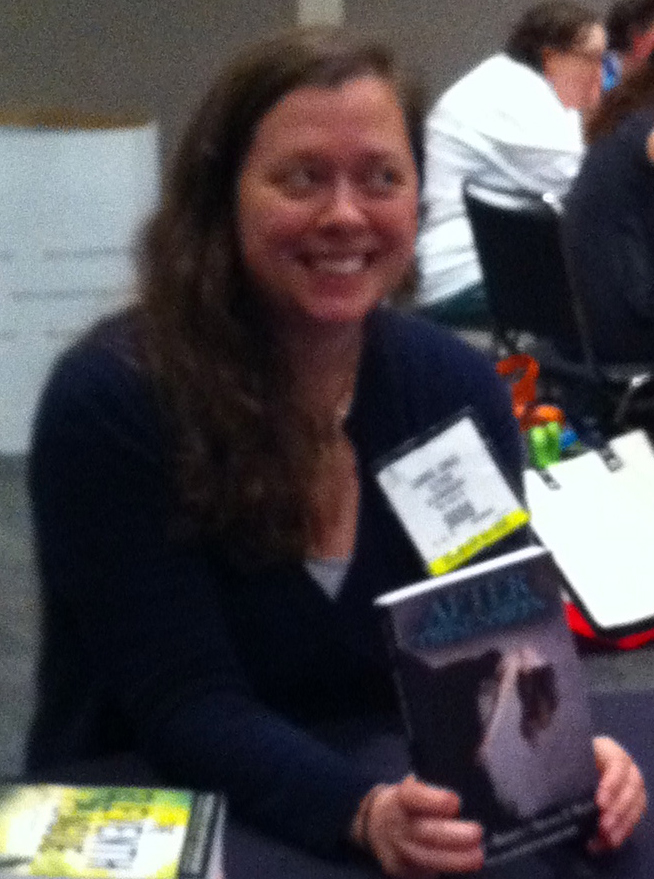