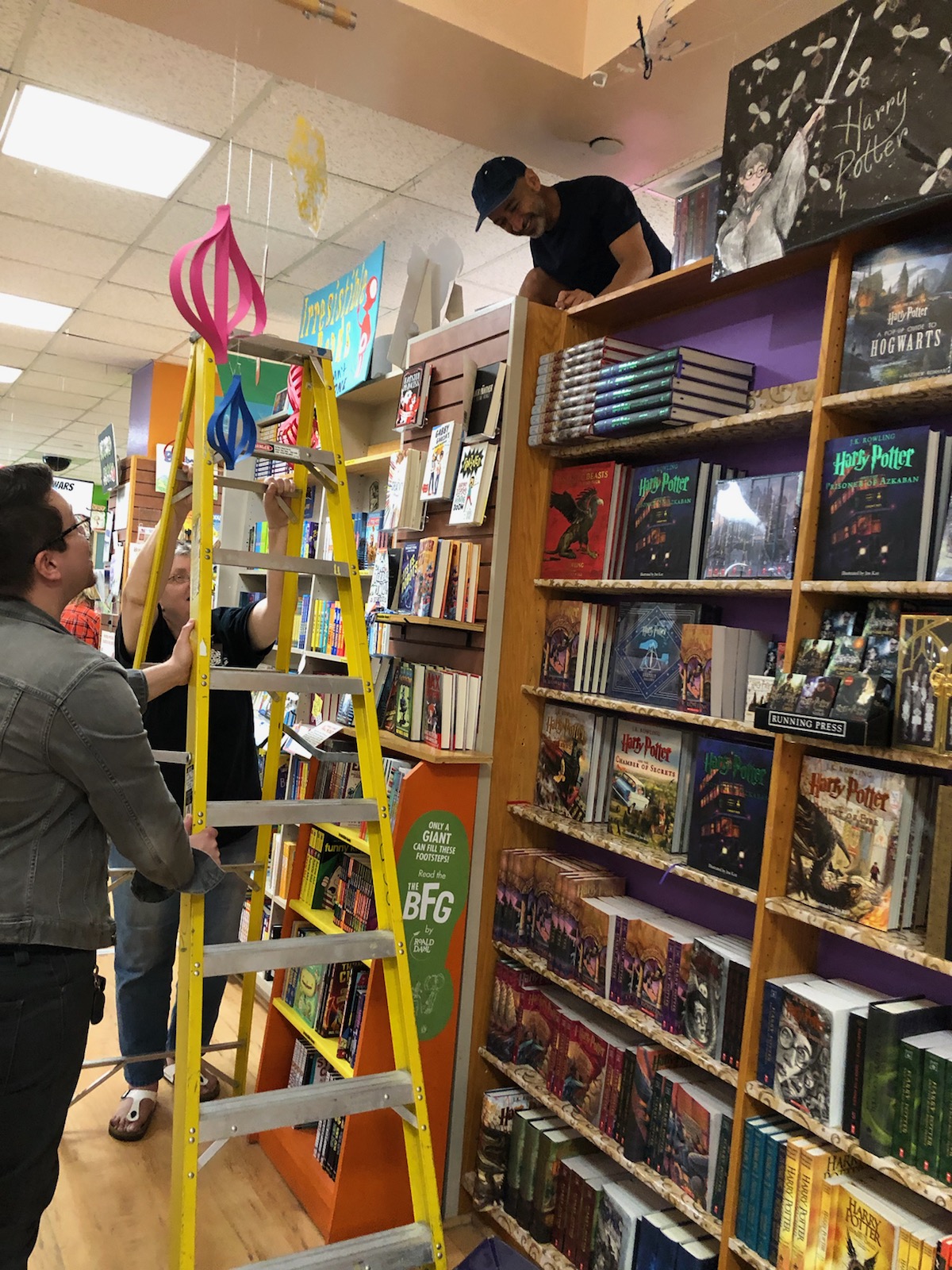 Someone came up to one of our children’s specialists the other day and asked if anyone had ever retrieved the $200 Harry Potter boxed set that had been accidentally knocked into the hollow column next to the Harry Potter section during our storewide inventory in July. Since no one had thought to mention this to anyone in the children’s department at the time (or in the last five months), a search and rescue party immediately sprang into action! The pricey boxed set miraculously wasn’t damaged by the fall (it was cushioned by some signage that had previously made the descent) and emerged for just the right time of the year.
But it made me wonder – what else has been lost and found in our store in recent memory? I mean, aside from the endless stream of lost baby clothing, lovies, keys, phones, dirty diapers (thankfully, not that often), and tempers (again, hopefully not that often). So I put out a call to the staff to send in their favorite stories of things unexpectedly lost and found in our aisles.
Griffin: I found a new pair of socks under some baskets by our info desk on the second floor. The socks were from the outdoor store next door. I kept them. (Editor’s note: We’re located next to an REI.)
Salvador: The most surprising “thing” I found on the second floor was a live snake. It was curled up under one of our folding chairs that I was putting out for a book signing. It didn’t stir at all as I carried the chair downstairs and out the front door where I released it outside near our patch of bushes and trees.
Consuelo: Before I was a buyer, I was a closing manager. The thing I always remember was making the rounds late one evening and finding someone’s rice cooker plugged into an outlet, just making rice at a table in the café. And, of course, there was the time a bat flew into the store. It took a while to find, but we did eventually locate it all the way at the top of the stairwell, where we finally got it to nestle onto a broom handle so we could escort it out the door.
Max (our IT manager): I found an old Russian botnet program living on the Square One POS system when I was first hired. It wriggled its way in through a root-level account “store” with password “store.” It’s gone now. A good reminder to practice password safety, BookPeople!
Tell us, fellow booksellers, what are your favorite lost and found stories? For our part, at least we got a good New Year’s resolution out of the experience: Gotta put some plywood on top of the hollow column…