There is no trickier species of in-store event than those featuring Young Adult authors. One yearns to grasp reliable keys to success, replicable ones, as science demands. Architecture is where we should be looking. Behind every successful in-store Young Adult event lies architectural elements both hidden and visible. Having had two good in-store YA events recently I returned to them with a forensic lens. The resultant, rigorous examination revealed two important architectural elements that contributed mightily to their success.

The first deals with the architecture of book signing displays. There are some designs  that can only be carried off when you have the critical mass of books which an author event allows. The ideal design should also form a shape which allows the display to be a conduit for the ancient powers of the universe, to be erected on a nexus point, on a ley line of bookselling. For our book launch of Shana Youngdahl’s stellar debut As Many Nows as I Can Get we tested my theory that the beehive shape is the ideal one to insure the success of an event. 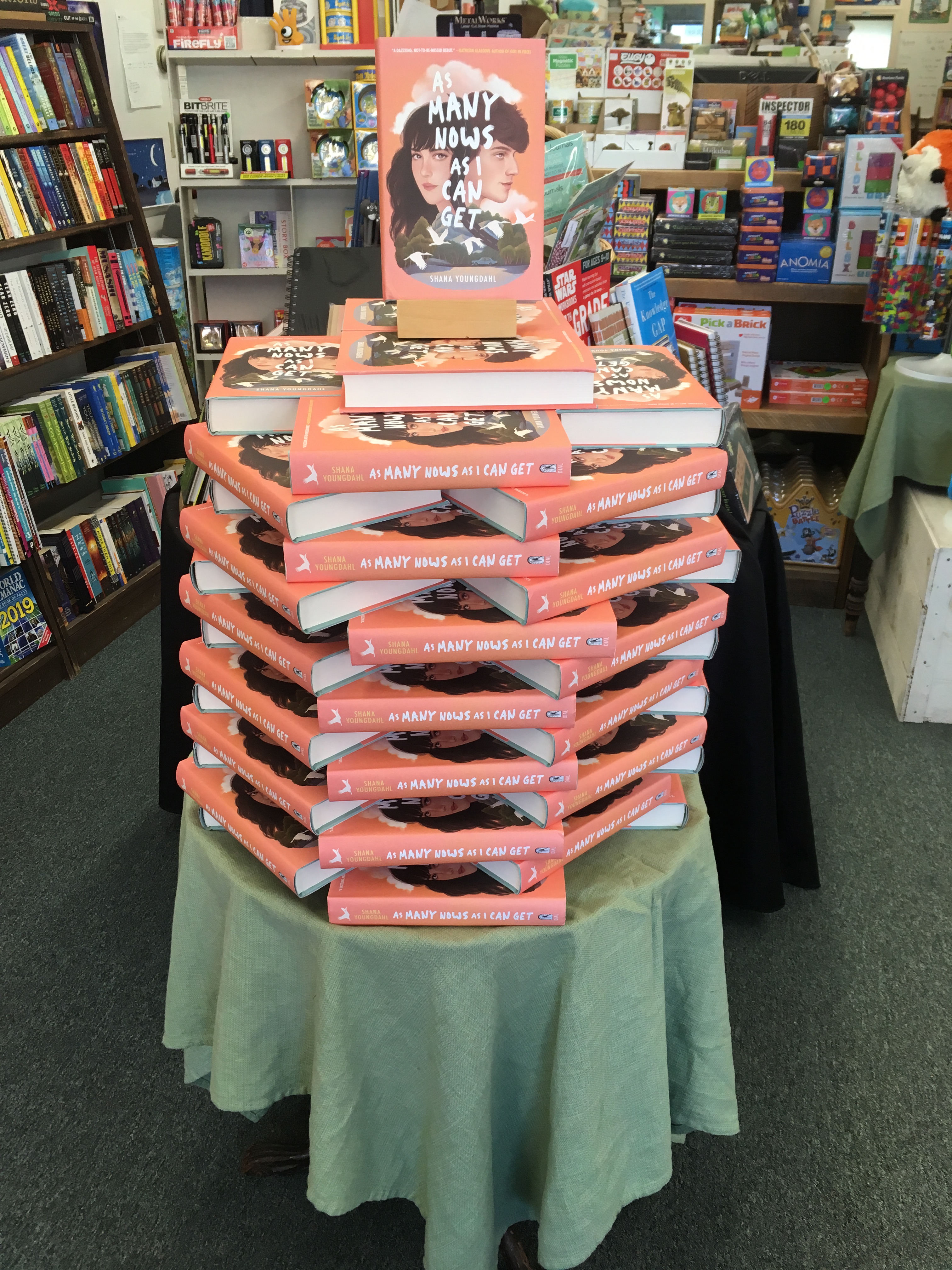 The power of the beehive was immediately apparent to Shana who commented that the display was “like the honeycomb that is time. Perfect.” It’s power to drive sales was evident in this post event photo which actually underrepresents sales numbers as it was replenished during the event. 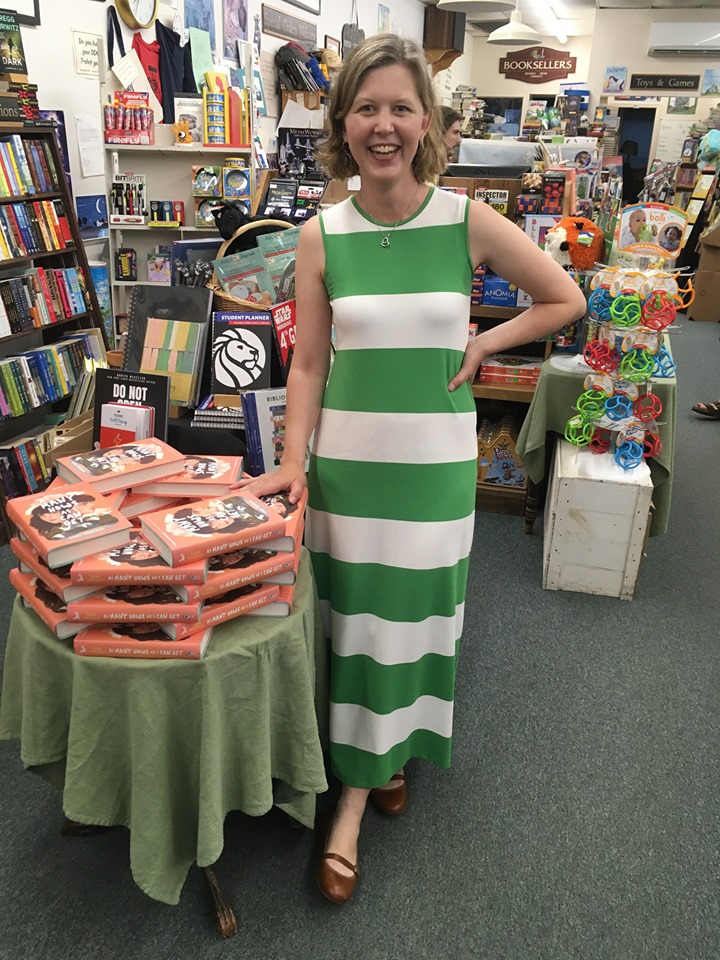 As the evening began people were drawn by the beehive’s presence. They gathered around it, as you can see below in this photo which was taken in color but transmuted to black and white by the beehive. 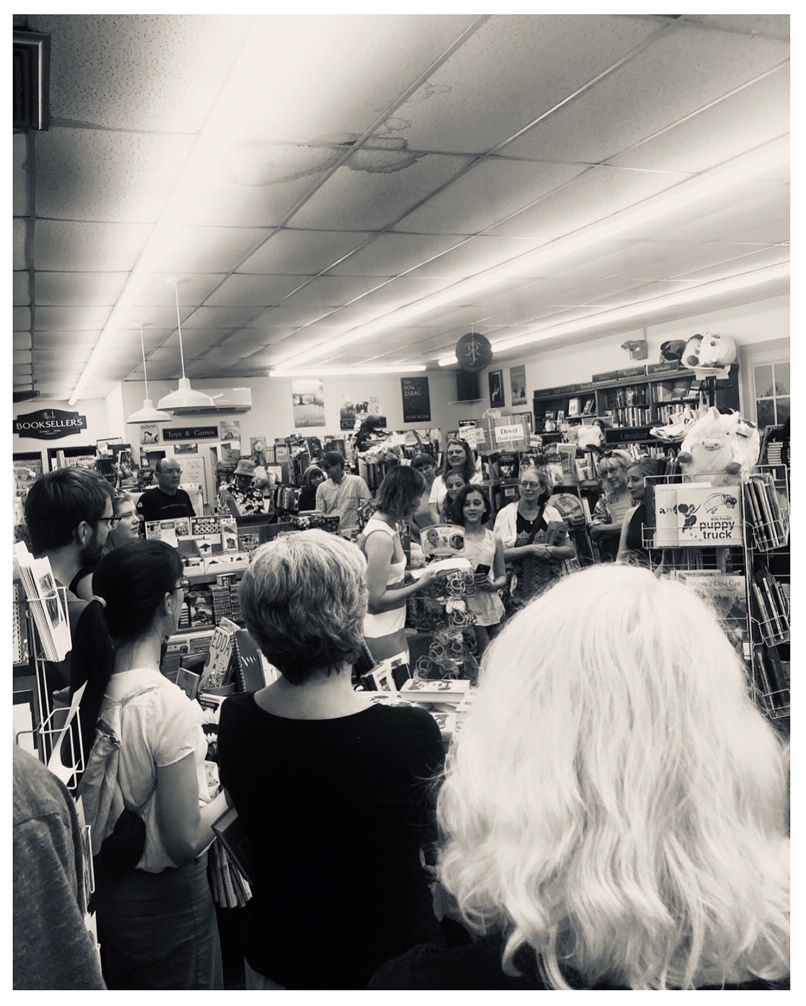 The gravitational pull of the beehive altered after Shana’s presentation ended, drawing attendees unto itself to partake of the books of which it was made. 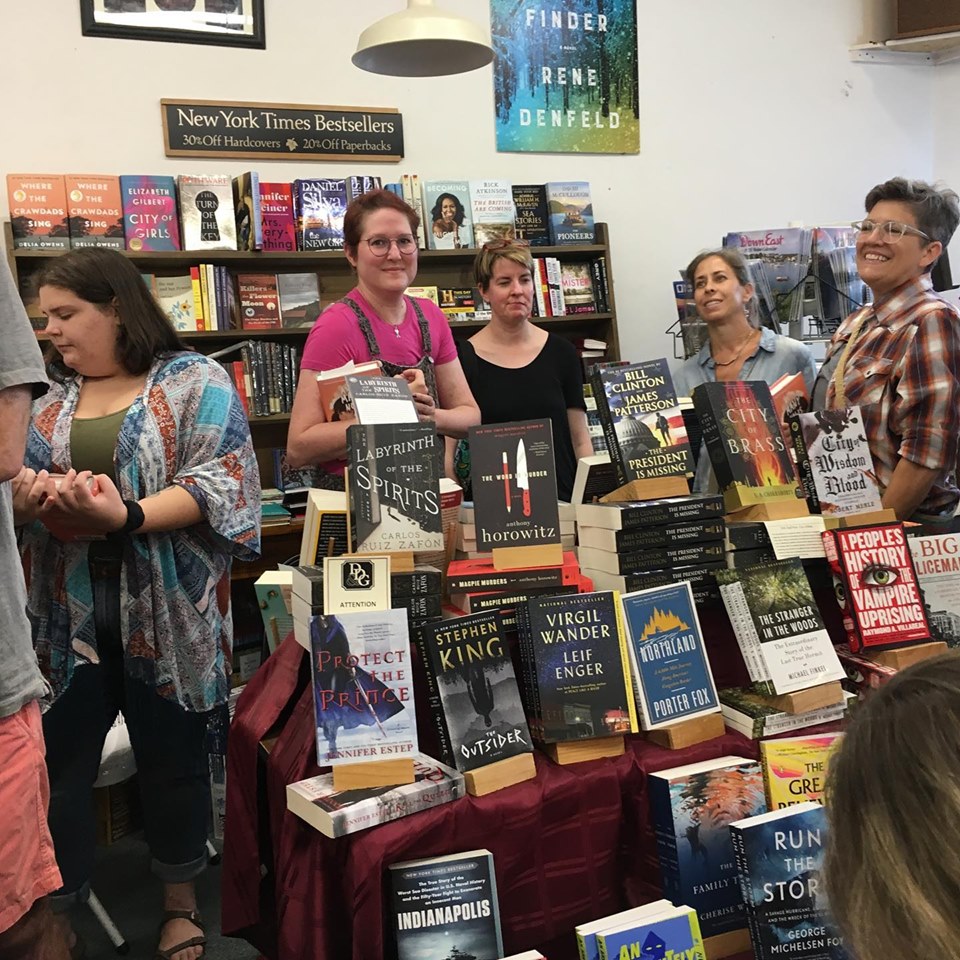 The energy of the beehive fused with the spirit of the evening, and coalesced around Shana. 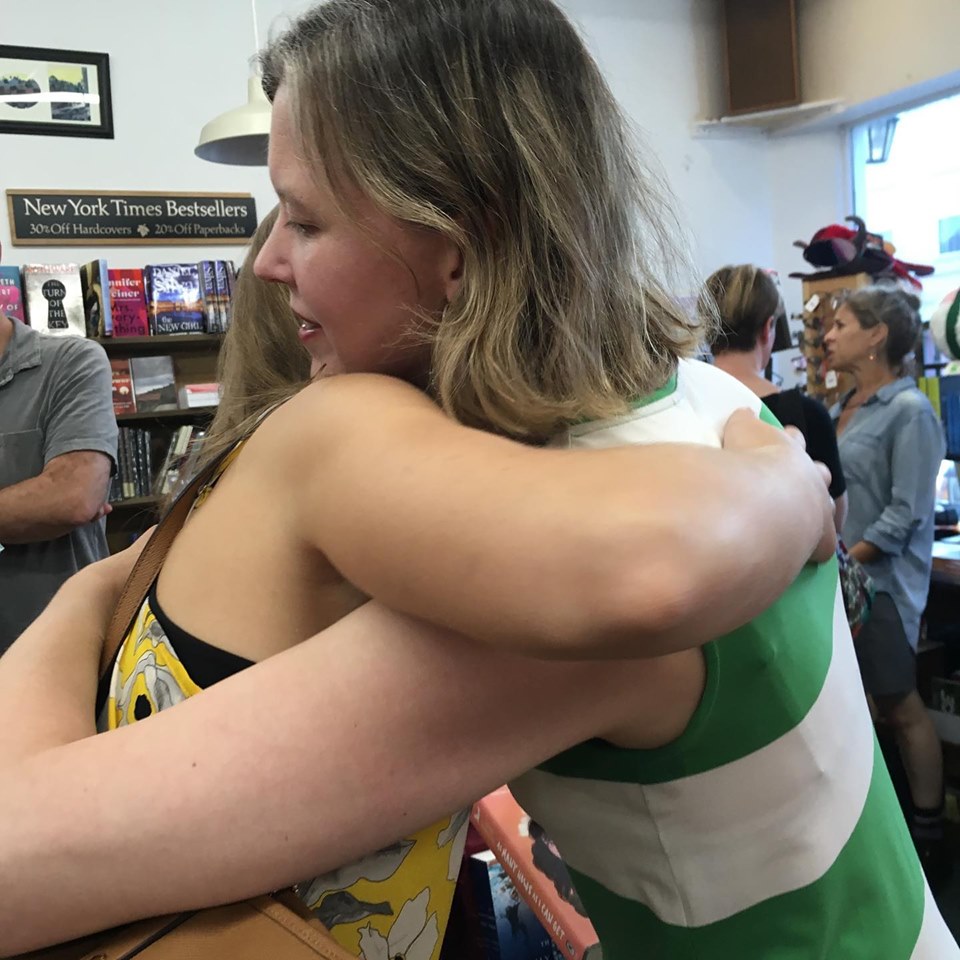 Another architectural key to Young Adult events lies in a surprising place. We were thrilled to have an appearance by Julia Drake recently for her terrific The Last True Poets of the Sea. Julia stopped by early in the day to say hi. 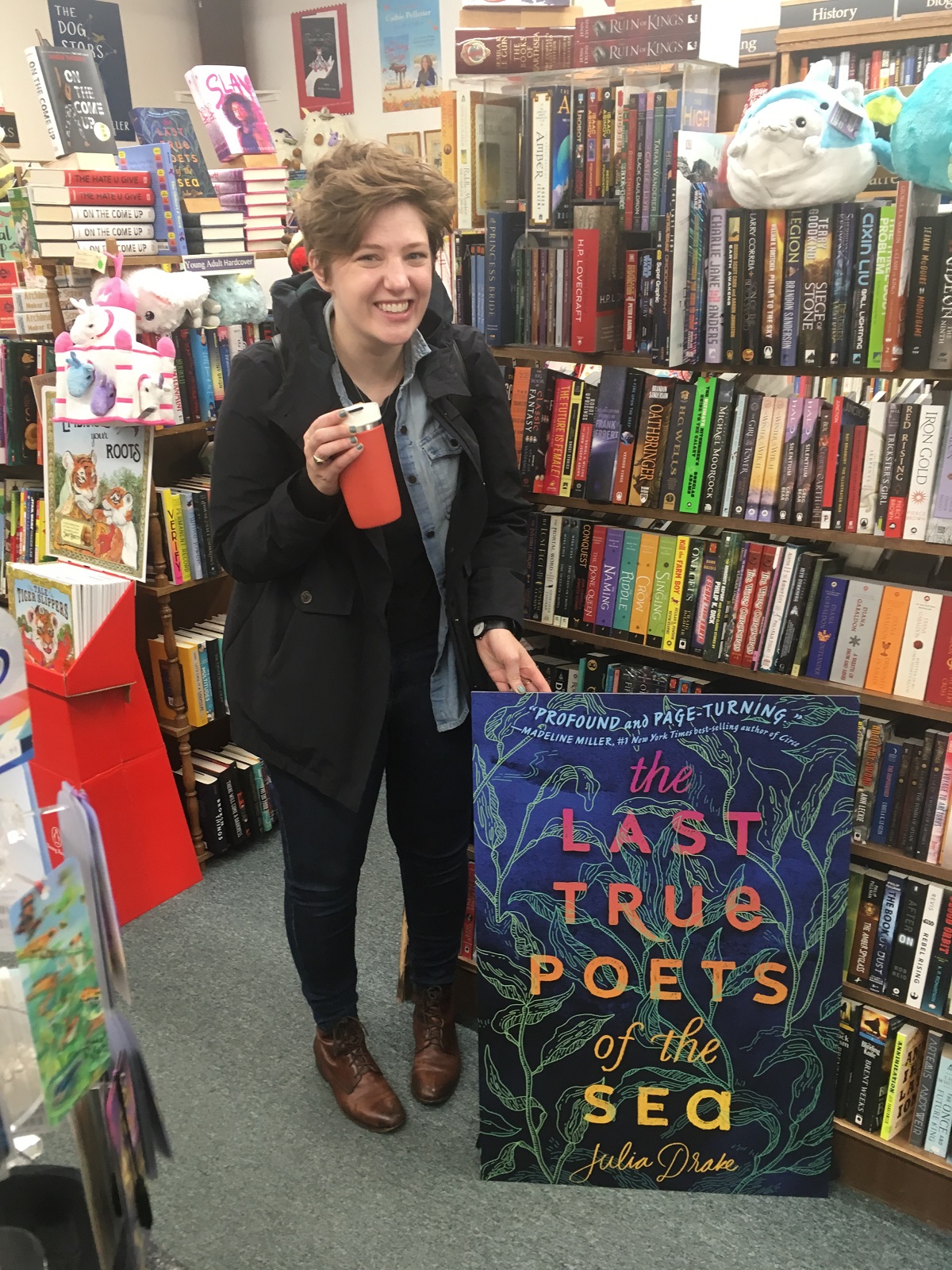 She was acutely aware of the difficulty in getting turnout for events. She was quite ready to return in the evening to an empty store. What she didn’t know was that a potent architectural force, the support of YA authors for each other, was at work. 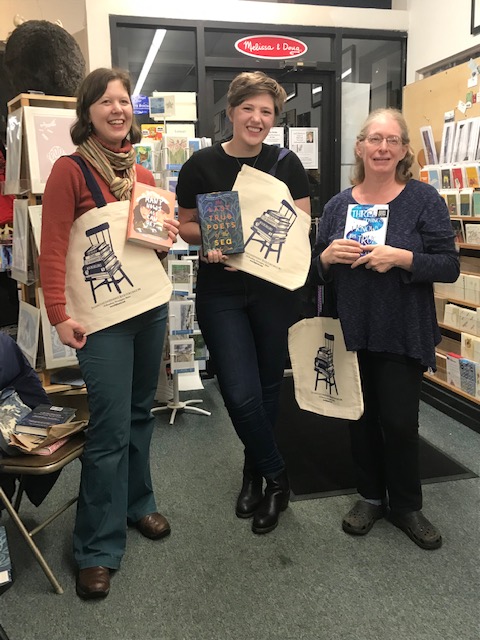 Local YA authors Shana Youngdahl, who we met above, and Betty Culley, whose powerful debut novel in verse, Three Things I Know Are True, which is coming in January from Harper, came out to support Julia. Shana also broadcast the event to all her students and colleagues, which was invaluable. It was a lovely, not a desolate evening, thanks to the hidden architecture at work.