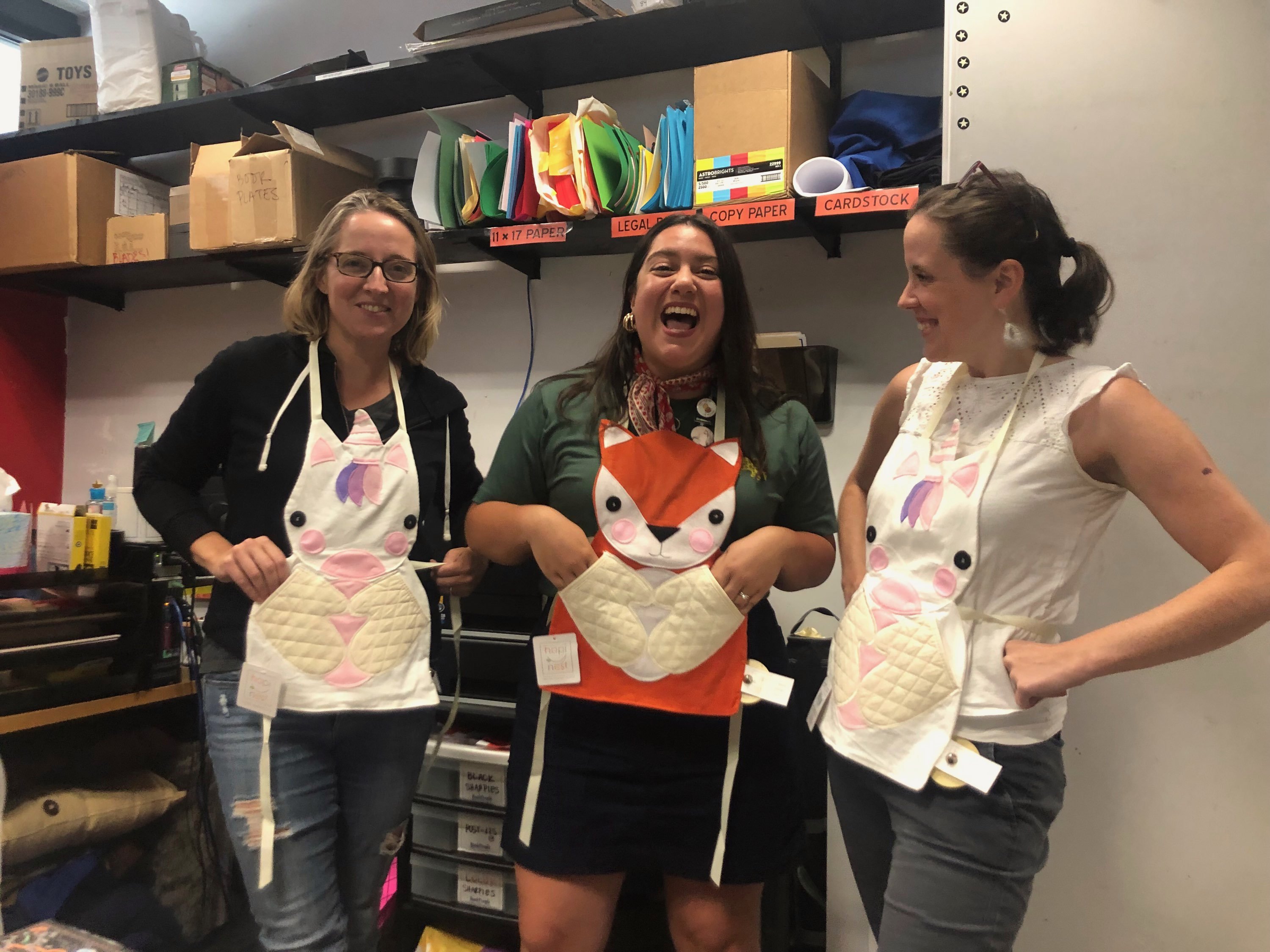 BookPeople’s CEO, Elizabeth Jordan, recently announced her move back to her hometown of San Antonio to become general manager of author Jenny Lawson’s highly anticipated Nowhere Bookshop. It’s obviously bittersweet news for me personally because, while I know this will be a fantastic fit for Elizabeth, I’m going to miss her. Elizabeth has a long history with BookPeople, originally starting as a bookseller before becoming a sales floor manager. Shortly after I started at BookPeople in 2005 and became the children’s book buyer, Elizabeth became the adult book buyer (the grown-up yin to my childlike yang?), then eventually general manager, and then CEO last year. Over the last 14 years, we’ve shared a fair number of hotel rooms at conferences, many a bottle of wine, and a lot of really challenging and productive brainstorms. Long story short, we’ve spent a lot of time slinging books together. Honestly, she is one of the smartest people I know, and Nowhere Bookshop is lucky to have her.

Do you know who this is? It’s Elizabeth Jordan, the new general manager of @NowhereBookshop!

Elizabeth comes to us from always fantastic @BookPeople where she was CEO.

No, this isn’t going to segue into an embarrassing Wind Beneath My Wings karaoke jam. Because, as hard as it is to watch someone like Elizabeth leave the store, I’m also excited she’s joining the network of bookselling friends that I love seeing at industry events and upon whom I rely to share ideas and report on new experiments. Like so many other booksellers, I’ve gotten countless numbers of “my” best ideas from things I’ve heard at trade shows or conferences—sometimes from official programming, but so many times just from hallway chats with friends. Not all the ideas I’ve brought home over the years have stuck, but some have grown into core parts of what we do.

Sometimes we bring back ideas that turn out to be big, like outfitting a warehouse to grow an offsite bookfair business. And sometimes the ideas are small but rewarding. At my very first BEA circa 2006, at an ABA panel about loyalty programs, I heard someone on the panel talk about sending out coupons on members’ birthdays, and although we didn’t (and don’t) have a membership program, I thought it was the perfect idea for building relationships with kids. To this day, 13 years later, it’s the most popular, most redeemed coupon we offer, with hundreds of kids on the list and a festive collection box that gets so much wear and tear that we have to keep re-making it.

And it’s not just in the world of bookselling. The whole book world feels small in the best way. I still see good friends from my time at publishing houses in New York several times a year, both at official publisher dinners and post-conference catch-ups. In fact, as I’m writing this, I’m chatting with a former BookPeople colleague who also owns CBAY books (distributed by IPG) about grabbing lunch while she’s in town this weekend to drop off books for an event.

So while we’re in the process of saying goodbye to Elizabeth, I know we’ll be seeing her soon. In the meantime, we’ll always have the memories.

(Gearing up for a day of sales at last year’s Texas Book Festival below. After all, this wouldn’t be a proper goodbye post without an embarrassing video!)