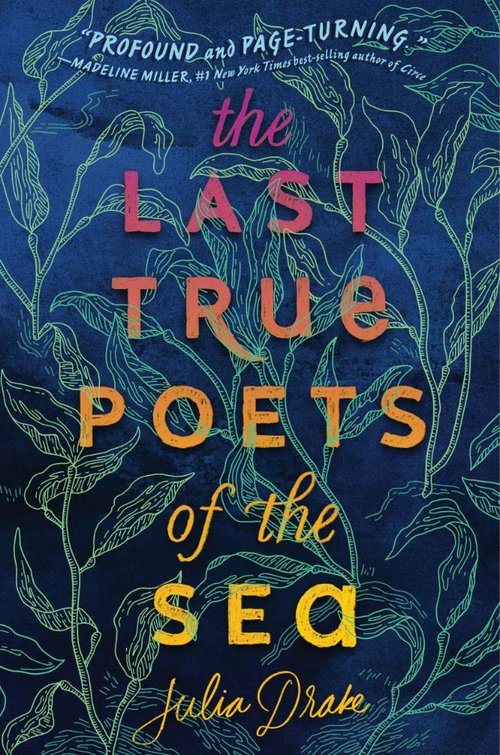 It is much easier to find young adult books set in Maine than it is to find books which feel like they really took place here. Julia Drake’s outstanding YA debut novel, The Last True Poets of the Sea, has, apart from all its other virtues, one of the most authentic Maine settings you’ll find in a novel.  The book follows Violet, a New Yorker whose great-great-grandmother Fidelia was the sole survivor of a shipwreck off the northern Maine coast. The redoubtable Fidelia swam to shore and remained there, founding the town of Lyric, Maine. Violet, in the wake of a family emergency in which she has played a critical, and disappointing role, is sent to Lyric for the summer, staying with her uncle. The search for the sunken vessel her grandmother arrived on, along with navigating the personal wreckage which brought her to Lyric, is the foundation of a book teeming with depth, romance, intrigue, and self-exploration. Resting on nuance rather than easy answers, The Last True Poets of the Sea delivers a truly exceptional reading experience. Given all its canny depths, dangerous undercurrents and the centrality of exploration in the narrative, it seems incumbent on us to find out a bit more. Fortunately Julia rallied round to answer a few questions.

Kenny: We often talk of the “two Maines” around here, an idea which, ironically, differs in different parts of the state. but which always incorporates senses of geography, class, and ancestry. How many different Maines are there in your book?

Julia: In my understanding, “two Maines” can refer to several different dividing lines across the state: rural versus urban, interior versus coastal, northern versus southern. The book is set in the fictional town of Lyric, Maine, which I envisioned as coastal but north of the wealthier tourist towns – above Penobscot Bay, say. It sits, perhaps, at an intersection of a few different Maines, further complicated by Violet’s outsider perspective and her family’s ties to the town. She belongs in some ways but not in others, and she learns quite a bit about that over the course of the book.

Kenny: Books that deal with tough issues often fall back on having one character devolve into being a deus ex machina to control the storm. You managed to avoid that as far as I can tell. All your characters are so rich, nuanced, and fully realized. Was that a point of focus for you? 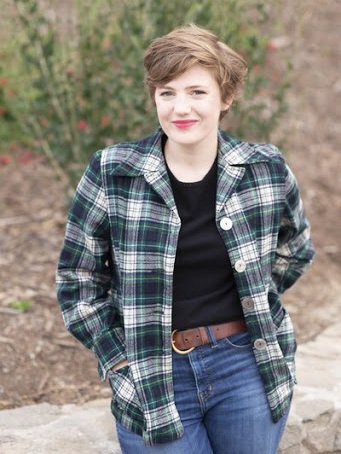 Julia: Thank you and yes, that was definitely a point of focus for me! I didn’t want easy answers for Violet or her friends, and I wanted her to still be a work in progress at the end of the story. Though no one character solves all her problems, the people she meets throughout the book offer her little bits of wisdom and different pieces of the puzzle that she carries with her.

Kenny: Speaking of storms, the shipwreck element of your story has such a strong undercurrent as both metaphor and actuality. When the ties that bind are built around a disaster, does it make for a more dangerous reading experience?

Julia: Several readers have told me that they were afraid something terrible was going to happen to these characters, particularly in the last few chapters. I wanted the stakes for these characters to be sky high: they’re dealing with extremely difficult emotional issues and also, quite literally, a turbulent sea. But it was really important to me to tell a story that was ultimately hopeful, in spite of the danger. Each day, they make the brave choice to try even when it seems easier to give up.

Kenny: The romance between Violet and Liv is so well and powerfully rendered. Was the triangle structure with Orion, with its Courtship of Miles Standish riff, always part of the plot or did that develop as you crafted the narrative?

Julia: The triangle structure was part of the plot from the very beginning – I’m a sucker for a love triangle, and Twelfth Night, the original inspiration for this book, has a great one. In my book, however, Violet is queer, and I was very aware that the romantic conflict needed to go beyond “who should I choose”? I was interested in writing about how Violet lets herself be vulnerable in new, frightening ways with both “legs” of the triangle: in a romance with Liv, and in a friendship with Orion. Both these relationships wind up mattering a great deal to her.

Kenny: What’s the best question you’ve been asked about the book?

Julia: To be honest, I really liked your “two Maines” question! But my editor asked a really great one after reading an early draft: if Violet’s uncle owns a bakery, why are there no baked goods in this book? I did a lot of research to address her concerns.

Julia:  Thank you so much for these wonderful questions.