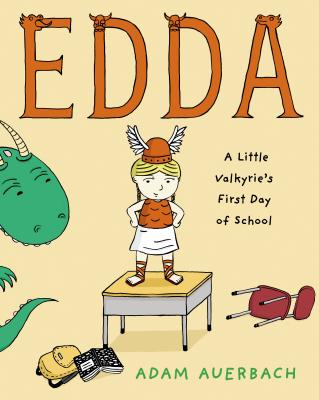 I am a little worried about our annual selection of the best new back to school book, DDG’s First Among First Day Of School Award. We’re always hoping to find a great new book to join the likes of past recipients such as Edda: A Little Valkyrie’s First Day of School, and Steve, Raised by Wolves. My concern is that we have two such strong contenders this year and I would be galled to the quick to see the contest devolve into that darkest of ironies, a playground brawl.
Our two finalists are Mo Willems’s The Pigeon HAS to Go To School! and Chris Van Dusen’s If I Built a School. Both books are already part of a store favorite book series. In the case of the Pigeon, Mo Willems said in 2014, that the Pigeon Needs a Bath was the last Pigeon book he would write. Pigeon fans were dashed. Mo spoke too soon. Pigeon was not done with him. With The Pigeon HAS to Go To School!  his many fans rightly rejoiced, as is a worthy new member of the revered Pigeon canon and a terrific First Day of School Book to boot. 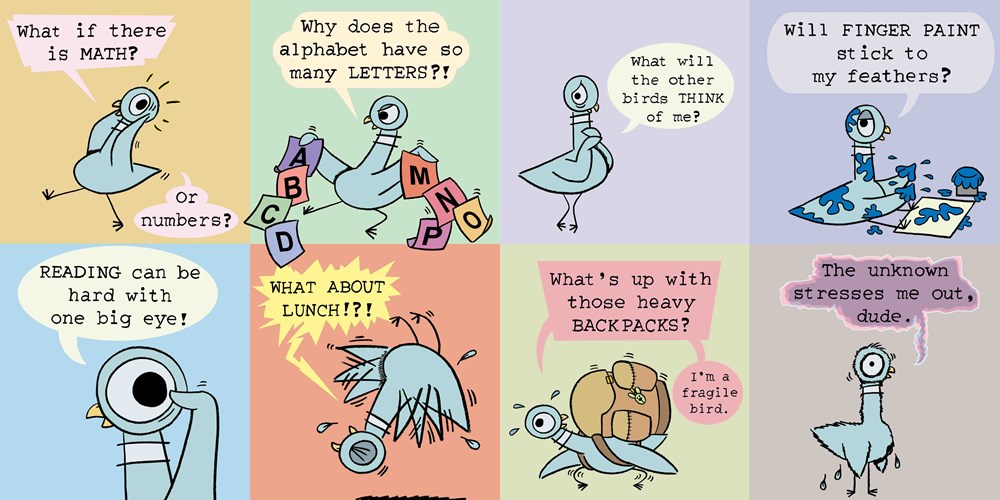 Indeed it would be hard to find a better ambassador for children looking for encouragement to overcome their worries and embrace the return to school than the Pigeon. Hard, but not necessarily impossible, as was revealed when Jack, the young narrator of Chris Van Dusen’s wonderfully engaging If I Built a Car and If I Built a House, turned his prodigious imagination to school building. 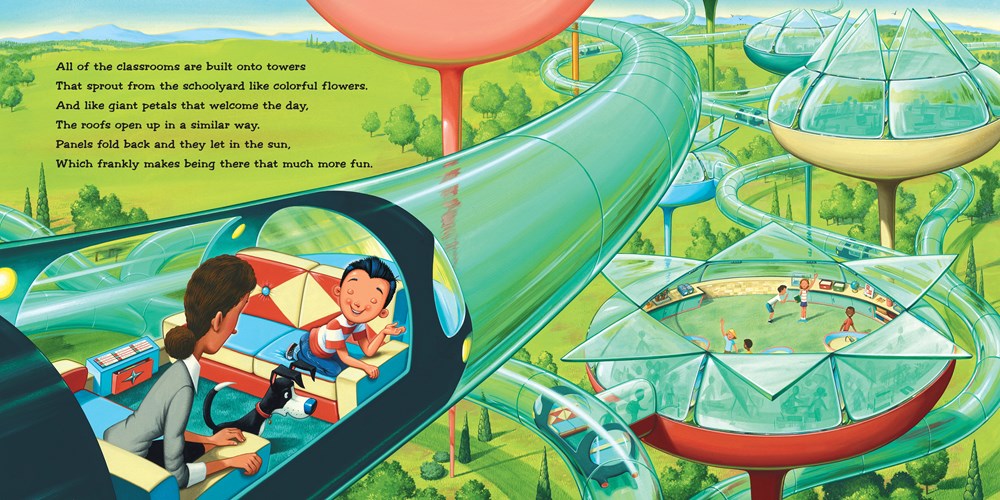 To try and come to a resolution worthy of this clash of First Day of School titans, I gave the two narrators a chance to answer a few questions.
Kenny: So Pigeon, I know you had some qualms about going to school. Would you have had an easier time if you knew you were going to the school Jack imagines building? 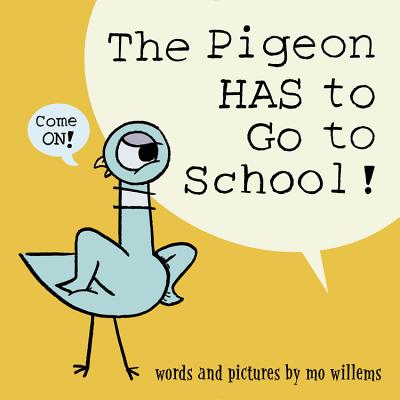 Pigeon: Sure. I have to admit that the floating desks and hologram guests, the trampoline basketball court, and field trips to Mars would be fun. The school I end up wanting to go to is real, though. When I’m worried about  all the unknowns of math, the alphabet, lunch, backpacks, and what the other birds will think of me. It’s important that I realize that a real school provides a chance to practice all the things I’m worried about with experts and books to help me, and other birds to work and play with. I should win the award because my school is real and Jack’s is only what he would build if he were in charge.
Kenny: Well, Jack, what do you have to say to the Pigeon’s point? 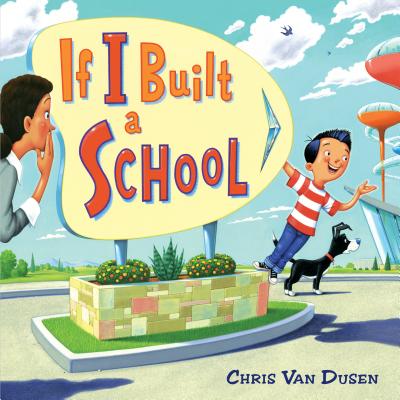 Jack. The Pigeon makes an excellent point. I think he’ll do very well in kindergarten. My book was inspired by real life kids, though. When my author, Chris Van Dusen, visited schools, so many children asked him to give me a chance to share what sort of a school I would build that he finally asked me to do it. You see Kenny, my book, If I Built a School, is really a First Day Back to School book. It is a book for first grade and up, for kids who have already been to school and want to imagine their own perfect school. After all, isn’t that what school is about, using your imagination to make the world the best it can be? I say that Pigeon Deserves the First Day of School Award and I deserve the First Day Back to School Award.
Pigeon: I totally agree with Jack. In fact I really learned something from him about how to handle a difficult problem with your imagination. His solution is really great!
Kenny: I learned something too.
Pigeon: Hey Jack can I get a ride on the wienermobile?
Jack. Sure! You can even drive it yourself.
Pigeon. Sweet!!
Kenny: Umm. Well, thanks to you both! I’m sure many kids will enjoy your school books for years to come.