When I was a kid I had a book which (in my inaccurate memory) was titled something along the lines of “What the Moon Astronauts Do All Day.” I have no idea where my copy ended up, and an online search

doesn’t turn up a book with that title, but it’s not important. What I remember was that it was a photographic look at the astronauts who participated in the Mercury and Apollo space missions. I must have read that book over 100 times, imagining what those trips must have been like. I was also seven years old at the time of the Challenger accident, watching with my class as the disaster occurred in real time. So the allure of space exploration has long captured my imagination, along with a heightened awareness of its risks.
With the 50th anniversary of the moon landing around the corner (or, as a particular customer asserted the other day, the “alleged” moon landing), books commemorating the historic achievement abound at the moment. And that’s a great thing. I personally relish the opportunity to celebrate our quest to understand what lies beyond our atmosphere—as well as the serious math and science skills it takes to do that. We just put up a big space-themed display to lead up to the historic anniversary next month, and it’s chock full of great choices. 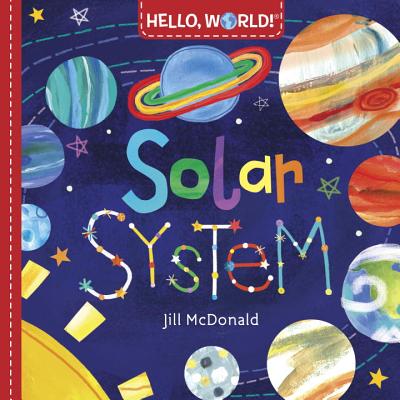 Hello World! Solar System by Jill McDonald: There are a lot of nonfiction board books out there right now, but I feel like this was one of the trendsetters in that space, instantly becoming a bestseller for us. At the time I remember remarking that there really wasn’t much else that introduced the concept of space to such a young audience. I brought it home right away, and found it a perfect introduction for a toddler who really knew nothing about the planets in our solar system (or, really the fact that they were there at all). And now there’s a companion in the same series, Hello World! Moon Landing to boot.
My Very First Space Book by Usborne: A step up from the Hello 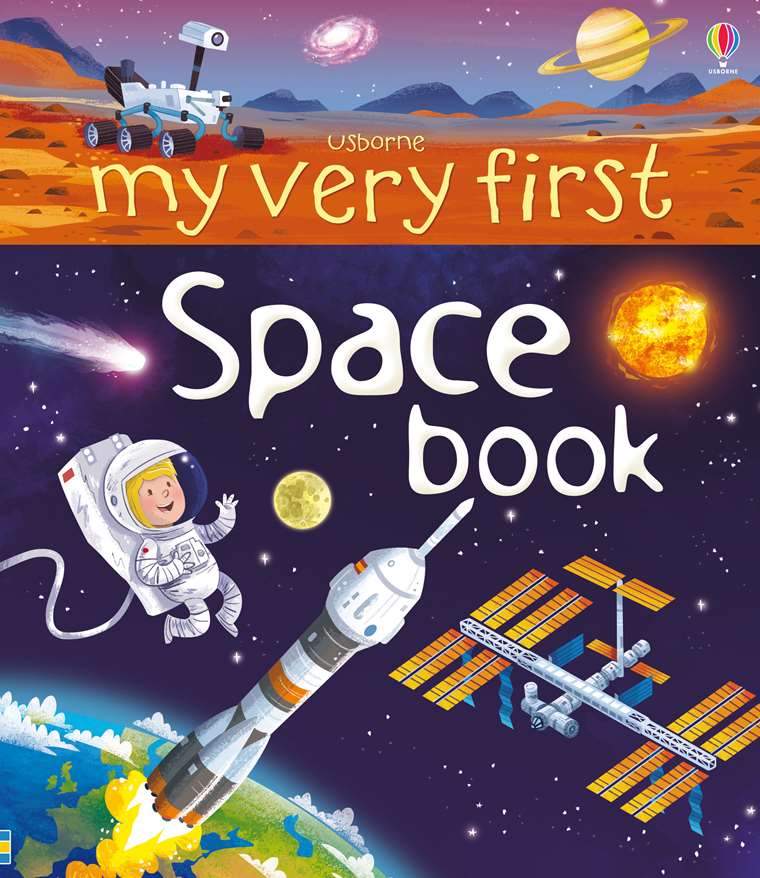 World books, this lift-the-flap offers an intro to a broader range of concepts, from stargazing to a look at different types of stars and galaxies to a fascinating step-by-step overview of the process of space travel—showing all kinds of details from astronaut life, kids can relish in all the nitty gritty details they love, like how to get dressed for a space walk or go to the bathroom in space. Now, while I am very fond of this one, it recently became unavailable. I think perhaps All About: Space by Geraldine Krasinski works as a worthy substitute though.
Armstrong: The Adventurous Journey of a Mouse to the Moon by Torben Kuhlmann: Told through gripping text and stunning sepia toned artwork, this heroic tale follows Armstrong, a tiny mouse fascinated by the moon. Determined to prove to his 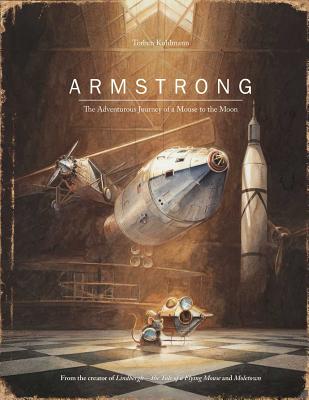 rodent compatriots that it’s not made of cheese, he tackles the daunting task of going where no man had yet gone before and building a rocket ship to the moon. Unlike the others, this one is definitely fiction (as far as I know), but Kuhlmann’s inspired illustration of the trial and error process of working through such a technically complicated engineering feat is incredibly inspiring. Armstrong’s charts and graphs and grids and models make me want to get out my pencil and toolbox and invent something already!
Moonshot by Brian Floca: A moving tribute to the Apollo 11 mission, Brian Floca’s Moonshot is both gorgeously rendered and wonderfully illustrative of the whole process. There’s a sense of a unified purpose and breathless anticipation from beginning to end, from the large team at NASA prepping the enormous endeavor to those at home anxiously watching the mission on television. The 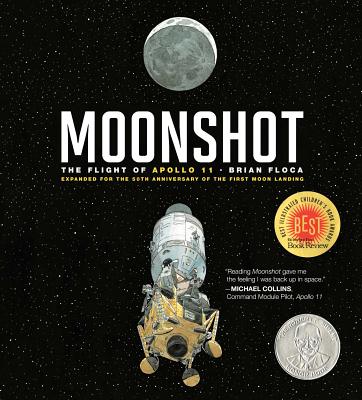 poetry and peril of the quest take center stage, effectively capturing the tension of the astronauts’ liftoff into the unknown, the isolation of being so far from home, and the surreal exhilaration of stepping foot on alien ground. The new content expanding the riveting story of how the astronauts made it off the moon and back to earth is especially cool. Overall, it’s a magnificent celebration of a hard-earned, triumphant moment in human history.
Of course, I realized that the new edition was expanded with some new content, but I only recently saw Darcy Reeder’s article illuminating the rationale behind some of the changes. I think it’s fantastic that Brian Floca listened to his readers and took the effort to make his beautiful book a more inclusive experienc

e. Adding faces like Katherine Johnson’s along with other women of diverse backgrounds to a spread showcasing members of NASA’s planning teams certainly better represents all the people who were actually a part of it. The call for representation in the stories we tell about these kinds of seminal moments is so important. The cultural impact of a movie like Hidden Figures which popularized the story of African-American women who were not only essential to the process but time and time again out-thought their male counterparts, for instance, has been incredible. The stories of Katherine Johnson and her colleagues are now available in books for readers of all ages as well, and I hope their names never again fall out of our shared narratives about American heroes.
Thinking about what’s out there is important for so many reasons, not least of which is our pursuit of knowledge about the universe and humanity’s place within it. But one big reason these books resonate for kids is also clearly the aspirational element of what they could grow up to do. When I was a kid reading my book about the Apollo program, the male-dominated cast of characters didn’t stop me from dreaming anyway—although I never did become an astronaut (spoiler alert!). I also had the luck to know an awesome female astronomer who worked at the Adler Planetarium in Chicago, where I lived at the time. She even brought me pictures tracking Pluto’s movement across the sky to use in a school report, which I thought was just the best thing ever. The truth is that not every kid who reads these books will end up an astronomer or an astronaut, although some might. Others might end up turning their aspirations elsewhere but still find inspiration in these stories of bold people from all backgrounds who let themselves dream really, really big.

The power of dreaming big. Spread excerpted from ‘Mae Among the Stars’ by Roda Ahmed, illustrated by Stasia Burrington.

1 thought on “The Importance of Looking Up”