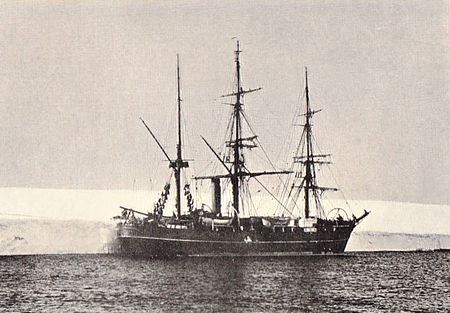 For many frontlist buyers reading sequels is a luxury we can rarely afford. The character of new series demand our assessment. The unknown is our stock and trade. Once the quality of a series opener has been settled favorably we tend, when the ARC of the next book appears, to quash the beguiling desire to dive back into familiar waters. The duty of discovery is a heavy taskmaster.
Yet perhaps duty sometimes takes a different form. Consider the potential consequences of a first book of a series which we handsold with particular vigor and conviction, casting a great many of our customers into its current. Do we not have a moral obligation to know whether that current will deliver its promise, and that our trumpeting of the arrival of book two is merited? 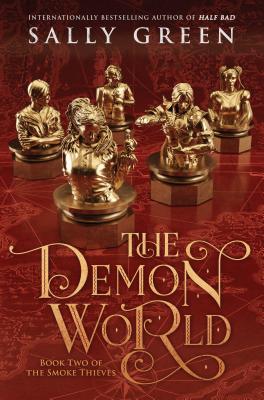 I know that you find this argument potentially dubious and suspect me of simply justifying the impulse to read the second book of the four series that I personally enjoyed the most last fall. I assure you that is not the case, and that when it came to reading book two of The Darkdeep, Train to Impossible Places, Small Spaces and The Smoke Thieves series, both science and public safety demanded a serious audit.
And what did the audit uncover? This was no string of lax pleasure cruises. I went in to determine whether the core elements that made the books so engaging in book one had held firm, strengthened, and developed.
Sally Green’s The Smoke Thieves had excelled in its intricate multi-strand narrative, well developed characters, and strong narrative tension. The tricky thing with running multiple, interrelated narrativesvis that some strands may be more engaging than others, leaving the reader to drag or jump through sections of the book. The Smoke Thieves avoided that pitfall and book two, The Demon World, began with all but one of its lead characters heading off into the Demon-haunted plateau together. The group becomes separated into three groups on their journey, keeping the character of book one, in that all the strands remained taut, and further developed the action and intrigue of the story. Romance is a core of this second book; within the actual Demon World human intruders can hear each others’ thoughts if they touch flesh to flesh, amping up the yearning to a cosmic level, which I thought really worked. As the story progressed, though, Catherine and Ambrose’s romantic tension felt a bit overplayed and trope-filled, but that doesn’t mean it isn’t the stuff for the book’s YA audiences. The Demon World delivers great cliffhangers across all its story lines. leaving the reader almost as breathless as its characters. A solid sequel! 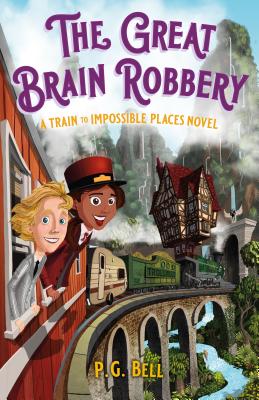 The Train to Impossible Places was an early middle grade fantasy adventure romp: light, inventive and funny with deft touches of depth here and there, surprising plot twists, and plenty of adventure. In P.G. Bell’s The Great Brain Robbery, Suzy returns to her Impossible Postal Service duties, happily escaping her caring but drab, prosaic home life. The great charms of book one are all happily flourishing in book two. I love that Suzy is very much her own person, undefined by budding romance or a singular friendship. She made many friends in The Union of Impossible Places and it is a real pleasure to find her reunited with her gruff Troll co-worker pals. Her love of physics and science, made dynamic but not obsolete by the fusion of science and magic that is at work in The Union, is another delightful plot element fully engaged in book two as Suzy is called upon to derail a Brain Storm. A touching surprise ending and the steady development of all her friendships amid another imaginative, adventurous romp making The Great Brain Robbery as a stellar, umm, delivery. 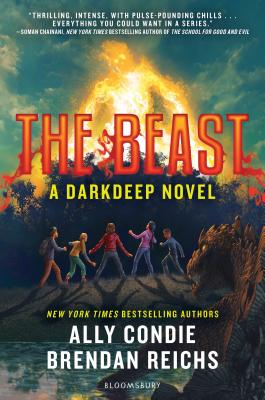 People have been talking about horror making a big middle grade comeback of late. Two excellent books that really bore that out were The Darkdeep and Small Spaces. Both books featured the coming together of unlikely close knit groups of friends bound together by the experience of conquering figures of arcane terror. The Darkdeep combined horror with thriller elements while Small Spaces is classic literary horror along the lines of Shirley Jackson, rendered into a warmer early middle grade world, making the cold siege of evil particularly gripping.
With The Beast, co-author Ally Condie and Brandon Reichs pick up the Darkdeep story line as though book one had never ended. The kids have become Torchbearers, safeguarding an unstable dimensional rift, and The Beast steadily unfolds its mysterious elements as we learn along with the kids what they are really being tasked with. Fresh terror, a hateful adult interloper, its highly relatable group of characters, and a surprising, satisfying ending that delivers the big reveal and promises more adventure to come, make The Beast a rock solid sequel. 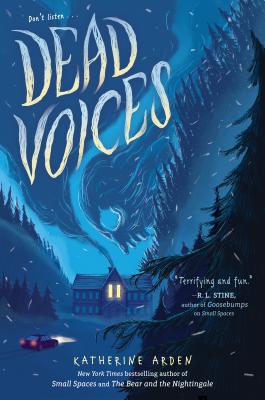 Dead Voices, Katherine Arden’s follow-up to Small Spaces, is more than rock solid — it is exceptional. Evoking a classic strain of terror while remaining fully centered in a character-driven middle grade narrative, Small Spaces was a real treat. The story placed its three protagonists astride two dimensions, and called upon strength of character to navigate the maze between them, a maze populated by animated scarecrows who were once their schoolmates. The wayfaring involved in escaping the maze mirrored their internal character development. The friendship of Ollie, Coco and Brian was hard won and treasured by all three.
In Dead Voices, the characters and their friendship is poignantly developed with a light touch. For example, Ollie, who lost her mom and misses her terribly, is torn when she sees her father come back to full, familiar animation in response to what appears to be a budding romance with Coco’s Mom. Ollie doesn’t want a new mother, but is happy to see her father return to himself. Coco’s response is similarly nuanced. Dead Voices finds the friends and their parents trapped at Mt. Hemlock’s empty ski lodge by a ferocious storm. The book’s evocation of a haunted lodge that was once an orphanage with a dubious past steeps the narrative in the grip of a remorseless malice. The starkness of this evil accentuates the warmth of the interpersonal lives of our increasingly beloved characters. Terror, in isolation, augments everything subject to it and Arden keeps her small scale story firmly in place. Dead Voices grows this series in a meaningful and multi-dimensional manner, proving that when it comes to drama, sometimes less is much more. Outstanding!
And so it was that our audit revealed that our handselling these series will happily reward all the customers who plunged in with us. That much is right with the world.