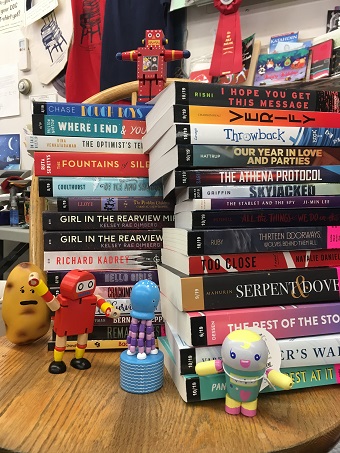 When I’m prepping for a sales call we pull all the ARCs for that list and set them up in piles like mini skyscrapers. I start at the roof and have a look through each floor of the continually shrinking building until we are back down to the foundation which, in an inspired architectural stroke, was crafted to resemble a wooden stool.

A local high school librarian I queried addressed  that point succinctly. “In the end it will be all about whether or not it is done well. I probably wouldn’t buy it for our library, mostly because I don’t think kids would choose it. They would assume if we had that book at school it must be a morality tale and not realistic, plus there’s the embarrassment factor of even having it around teachers and peers. I’m always hesitant of the “first of its kind” book on any trending issue because it seems like publishers usually have to make a few mistakes before they get it right. On that topic you would have to walk a very fine line between realistic (but not sensational) and helpful (but not scolding).” 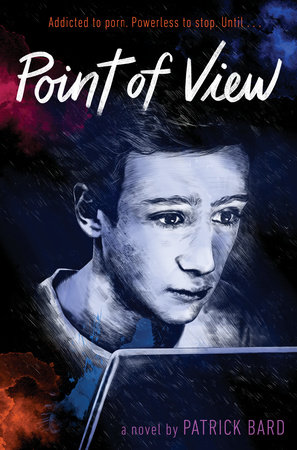 Other librarians I spoke with had the same reaction. This was a topic that would require threading the needle. It had to be done well. I read Point of View and found that the book is exactly the book my school partners thought it had to be. It is well written, not preachy, realistic without being gratuitous, grounded and not sensational, well researched, compact and compelling. The author, Patrick Bard, is a well established, award-winning French author who has never been translated into English before. The translator, Françoise Bui, was executive editor at Delacorte for 20 years. Four of the novels in translation she worked on at Random House won the Mildred L. Batchelder Award. This was clearly not a case of opportunism, of finding a topic that hadn’t been handled before and looking to capitalize on it and spin it into sales. This was a work of quality by a team with integrity.

Bard researched his story extensively, talking to teenagers and teachers, clinicians, anthropologists, and psychologists. In his author’s note Bard states, “Lucas is the hero of Point of View. On the outside, he seems like an average teenage geek. At least that’s what his parents believe him to be. But once his outline addiction to porn is revealed, his virtual world crumbles, and so does he. He’s got a long, hard journey to being a whole person again. As I wrote this book, I did not want to make judgments. I have not judged Lucas. I have not judged his parents. I have not judged any of the characters. I merely want readers to have empathy for Lucas and be aware that help and recovery are possible.” 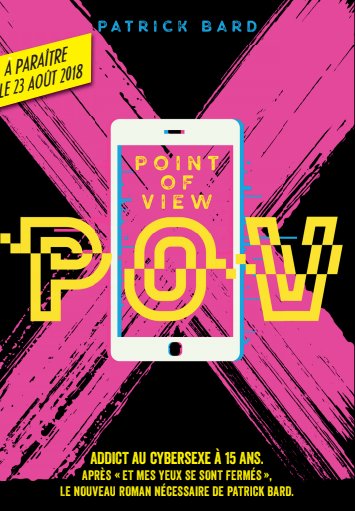 All right then. Since the book is indeed the stuff, what now? One of the most powerful aspects of Point of View is the difficulty Lucas has, even in a clinical setting with other teens who have addictive disorders like gaming addiction, admitting why he personally is there. At the same time that constriction is a prison for Lucas and he doesn’t truly escape his stasis until he opens up about it to a girl he has formed a connection with. Given the intrinsic shame-driven, stigmatic nature of the subject matter, how might a bookseller wishing to succeed in selling the book on the store floor proceed?

I queried some bookselling pals and got some great feedback. I found that everyone recognized the importance of the topic, but that shelving ideas varied greatly depending on many factors, how progressive their community was, whether teens tended to shop with or without parents, whether the store tended to use informational shelf talkers to provide content information, whether the store segregated issue books as a genre, and so forth. I don’t have any easy answers as to marketing the book but I do think it is a topic which, with an excellent fictional treatment in hand, should be given our best shot.

As to DDG’s best shot, Farmington is in a rural area and has a mix of parents of teens and teens shopping the YA section. There are some progressive families here but it is not San Francisco. We have 17 churches in a town of 5,000 residents. When I was tossing the question around I ignobly considered bringing the book in and putting it in parenting, but realized that was a cop-out because no one would ever come in and ask for a book on that topic, so having it on hand but isolated was no better than not having it at all. In the end, I think the use of a Staff Recommendation shelftalker with information on the quality of the story and its integrity as a resource is the best move. We’ll see when I have an update on how things went!