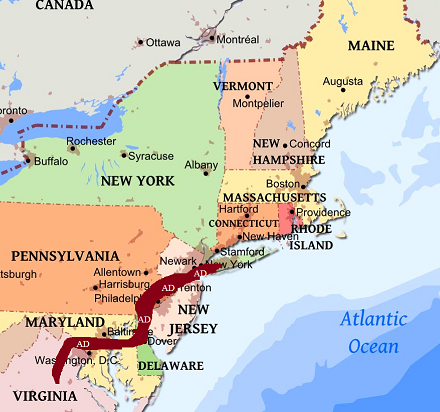 As has been reported elsewhere, Amazon has chosen to locate its new Headquarters in an area stretching from Queens, New York to Arlington, Virginia. This vast new campus will cross six states, New York, New Jersey, Pennsylvania, Delaware, Maryland, and Virginia.

The geographical extent of Amazon’s Headquarters raised some initial concerns about such issues as conflicting municipal, payroll and property taxation rates,  interstate commerce, eminent domain, scale of political influence, and employee citizenship. These concerns have been resolved by the unusual step of granting the new campus District status, making it the nation’s second District, along with the District of Columbia. 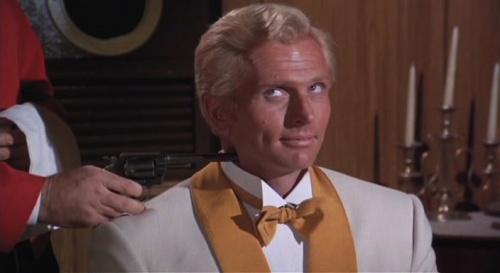 The Amazon District will be in charge of its own taxation, simplifying what otherwise might have been a complex and contentious issue. “We’re not going to be cutting ourselves any breaks or engaging in undue favoritism towards ourselves,” said Amazon spokesperson Teff Midner. Midner noted that the municipal services such as sewage, plowing, trash collection, infra-structure improvements and road maintenance would be provided at no cost by neighboring States in exchange for Passport Privileges for their citizens to enter the Amazon District on five specified days each year. “That’s a lot of days,” Midner observed.

New Jersey authorities pronounced themselves euphoric at the opportunity to provide free services to the Amazon District. An anonymous high ranking official shared that “from what I’ve heard, a visit to the Amazon District by non-members will make a trip to Disney World look like an excursion to a sewage treatment plant. It’s a great deal for us, but even more important is the discount our citizens will receive in their Amazon Complete membership, which will replace the Prime program after the District is fully operational.”

Questions were also raised as to how the District would handle existing residences, businesses, cemeteries, parks and utilities within its boundaries. Considering the scale of this concern and Amazon’s proven ability to price things in a way that benefits society, the Amazon District was granted unrestricted rights of eminent domain, along with sole rights to appraise property value and tax itself accordingly.

For example, the owner of a NYC bookstore with two locations which fall within the District was notified that both stores will be razed and she will receive a check for them based on their Amazon valuation. “I just received my check for $90.00,” said the owner. “I think that $45.00 per store is more than fair, all things considered. In fact I’m thrilled. I don’t see it as having caused the displacement of my employees. I don’t see it as losing my livelihood, my passion, and my role in the community. I see it as a gaining a free one-day pass to the Amazon District which I got as part of my compensation. 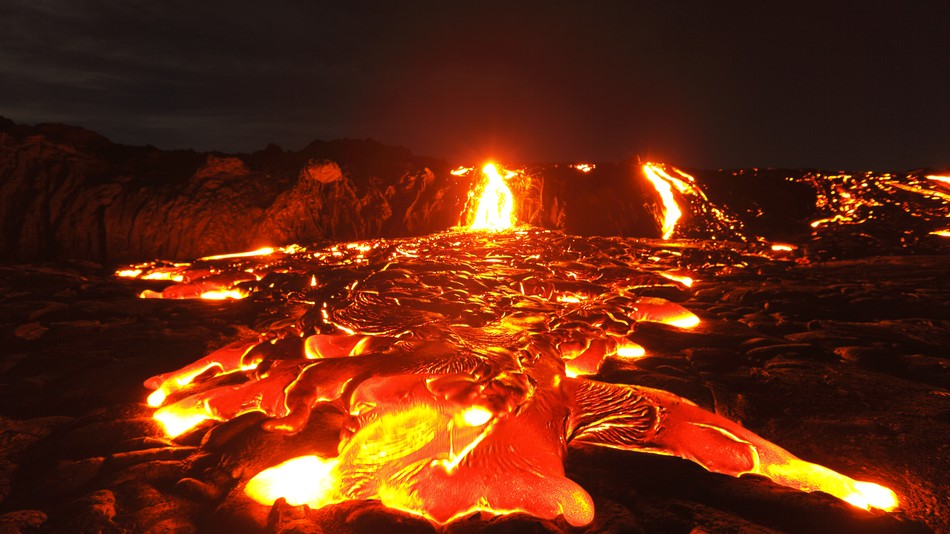 Though more than 300 National Book Association member bookstores will be swallowed and immolated in the construction of the new Amazon Campus, the current NBA president was excited about their annihilation. “I think of it more as 323 roasted sparrows giving way to one giant, beautiful phoenix rising from their ashes.  It’s almost magical, and no loss to the communities they served, since they too will be replaced with something healthier and happier than the doomed detritus of a competitively disadvantaged and efficiency-challenged social construction.”

An anonymous Maryland authority concurred. “Even though the new Amazon campus runs right through Baltimore, and we are losing a large portion of Baltimore’s retail district, the city is fine with that because those businesses won’t be required anymore in the post-District market. I know there have been some concerns expressed about class issues, about the fate of people living outside the District without credit cards or the wherewithal to shop at Amazon. I can assure you that, due to the company’s deep social conscience, those fears are baseless. With the launch of the ‘Amazon Indenture Complete’ program, no one need worry about starving to death or going unclothed. Participants will receive Amazon shopping credits in exchange for performing menial tasks required within the District. I’m just excited, frankly, at our proximity to this benevolent colossus.”

Though unusual, the scale of this boundary blending enterprise is not unprecedented. In Soylent Green the city lines of New York and Baltimore had merged, for example. In the present case many remaining questions of political representation for Amazon District residents were resolved by granting the District two Senate seats and 10 seats in the House of Representatives. The occupants of those seats will be chosen by the Amazon Board. “All District residents will have the privilege of voting for their one representative on the Amazon Board so the whole Democracy thing is handled,” Midner pointed out. 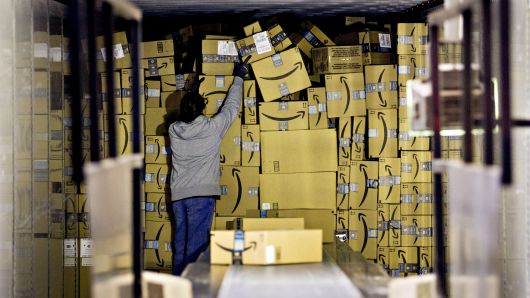 A high ranking Pennsylvania authority echoed the enthusiasm of her New Jersey counterparts. “Life in America has always been rooted in aspiration and achievement. And what could be more aspirational than living next door to a place of higher excellence, wonder and magnificence which provides us with all our physical needs, and nourishes our spirit with the dream of becoming a District citizen ourselves. Competition and economic diversity have had their day. It’s time for tomorrow.”

(Note: The foregoing post is a work of satire)