As I was making my way to the Glade for our seventh annual interview with Summer, I found myself reflecting on a recently finished book, The Hazel Wood by Melissa Albert. My thoughts turned unbidden to the nature of the very Glade which I was approaching and whether it might in fact have common aspects with the Hazel Wood. Was storytelling a metaphor or a spell for world building, and if a spell who was telling the story here in the Glade? Now I’m not normally much of a lad for this sort of reflective thought, and I began to wonder if I was in fact ensorceled myself. Or was it just the odd turn of the seasons back in Maine where all the talk was of having pared down from four seasons to two this year, jumping from Winter straight to Summer. I put my disquiet aside. Needlessly. Summer: Hi there Kenny. Hold a moment please. (Summer turns to address a squirrel at her feet.) She is nothing like the Spinner. Fie on thee Kendrick. (Kendrick, agile even by squirrel standards, fled up into the branches of one of the Glade’s oak trees.)

Sigh. All right then, put your questions to me…

Kenny: Hmmn. Actually what Spinner was Kendrick referring to and who is She?

Summer: We have just completed our Summer reading group discussion. This year’s book was The Hazel Wood. Those dratted squirrels got one past me.

Kenny: Got one past you? But it is a terrific book and I have to admit it made me think of the Glade of Seasons when I read it. In fact I found myself pondering the seeming similarities as I made my way here. Didn’t it would make a fascinating All Glade discussion book?

Summer: Oh so you’re going to pile in on this too eh! 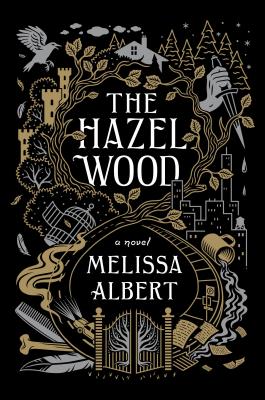 Kenny: That’s not what I meant. The Hazel Wood hails from a tiny sub genre of books that successfully make the very act of fantasy world building the foundation of its own narrative. There is Lev Grossman’s The Magicians, of course, and now The Hazel Wood. Surely The Glade and The Hazel Wood make for some fascinating comparisons. I mean to say, are you a story spinner in your own right? Are all the Seasons spinners, or is there someone else who stand behind you? When you talked to Kendrick I heard you mention a She.

Summer: Don’t get me wrong, Kenny. The Hazel Wood is a splendid work of fiction, yes of course. I loved its many twists and turns. And true enough it does deftly incorporate some of the core tensions which lie between passive immersion in another person’s story and the stark reality of escape, the cost of being at liberty in a world of disavowed narratives. I do understand your interest.

Kenny: Well yes Summer. But who are you in relation to these issues? Who made the Glade and its creatures? Who is the storyteller here?

Summer: If you wish to know you must stay here in the Glade and never leave.

Kenny: Umm. Thanks for the offer but I’ll stick with just having a lot of unanswered questions. Still, can you answer the one question I asked earlier? Who is She?

Summer: The Hazel Wood’s Spinner controlled her stories with a tyrant’s grip. She whom you refer to evokes narrative though motion, the cycle of the seasons, the evergreen movement of time in the Glade. The characters in our story are captive to their experiences here, yet we are free to interpret and act upon them howsoever we would.

Kenny: I think I see. Is it what Tolkien would call the difference between the tyranny of allegory and the freedom of applicability?

Summer: Just so. For that understanding, and because you seem to be respecting my reticence, I will not only allow you to leave here when we are done, but you may also ask me one extra question before we complete our usual interview.

Kenny: Phew. Okay, so how did the Reading Group here go? Were the Pipes of Pan heard loudly or was it a more genteel undertaking? 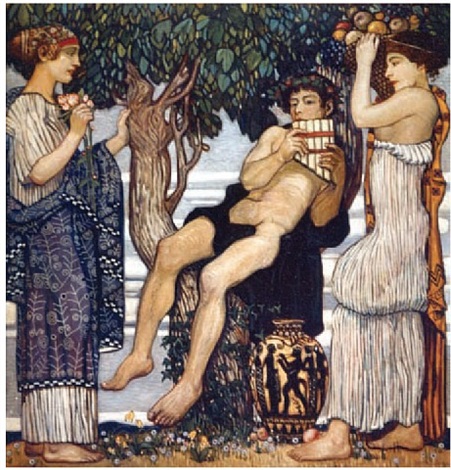 Summer: The Pipes of Pan were very audible. The creatures of the glade seemed to think this was more of an opportunity for revolt than discussion. Yet just between the two of us I was glad to see them so engaged and don’t really begrudge them the experience,

Summer: Certainly you may. First off there is Megan Bannen’s stellar historical novel set in the Mongul Empire, The Bird and the Blade. This book of riddles posed and answered is itself a kind of sublime riddle composed of the ingredients of a true classic tale. There is doomed love, an authentic historical backdrop, fallen kingdoms and thwarted destinies, sacrifices that elevate, and an ending which, by transcending its finality, takes the reader full circle to begin the tale again with fresh eyes. 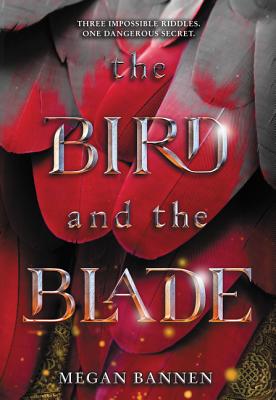 Next, and I know you are a big Half Bad fan, Kenny, so perhaps you will be pleased to hear me sing the praises of the first book in her new series, The Smoke Thieves.

Kenny: I would have been dashed if you hadn’t picked it. What a book!

Summer: Just so. The genre of faux medieval fantasy with multiple story lines, a la Game of Thrones, is new for her and she conquers it more adeptly than any of the would-be tyrants in this sensational story. A narrative as intricate as it is rewarding!

I also loved The Sea Witch by Sarah Henning. To read its pages is to walk what appears to be a familiar path only to find it suddenly transformed into something all together more unexpected, incisive, and beguiling. In this burgeoning genre of re-imagined fairy tales Henning’s presentation of the origins and character of the villainess from Anderson’s ‘The Little Mermaid’ is a true standout, a story that resonates well beyond its final page.

A middle grade book that touched my heart was Where the Watermelons Grow by Cindy Baldwin, which wends true through that narrow winding path between heartrending and hopeful, keeping its balance along a narrative tightrope that both leaves and leads its readers across an exceptional story of hard-won understanding, acceptance and resolve. A long lingering marvel of a book.

Kenny: It does sound wonderful but I must say Summer that you seem to have been affected by your reading group quite a bit. Your talk is all of paths and narrative webs!

Summer: Hmmn. You have a point there.  Perhaps you would like to hear my three adult picks eh?

Kenny: So I would! 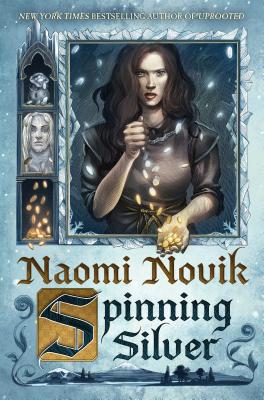 Summer:  Naomi Novik’s Spinning Silver is just magnificent. She has done what I would scarce have thought possible, outdone her prior fantasy triumph, Uprooted.  As complex as it is satisfying, it seamlessly weaves seven narrative voices, without respect to chapter breaks, and also blends Eastern European and Jewish history with the literary history of the fey and fairy roads all while reimagining the fairy tale of Rumpelstiltskin. Fascinating, nuanced and wonderful, this is a book of riveting action and love stories that resonate. Don’t miss it!

Another book not to miss is Cherise Wolas’s superb second novel The Family Taybor. This novel strongly engages the reader in an exploration of family dynamics, what we really know of each other, the measures of success between parents and children, encased in shifting perspectives and compelling characters.

My last pick is from the very edge of my domain. It comes out in September, Sarah Smarsh’s powerful Heartland. As a rabbit that disappeared at a magician’s hand but failed to reappear, class disappeared from conversation during your cold war and has resisted attempts to summon it back. No more potent spell could be cast in that regard than Sarah Smarsh’s powerful evocation of the class divide at the heart of her personal biography. Wielding clarity, integrity and the powerful metaphor of a child conceived only in her mind, Smarsh summons a gravitational pull which we have a deep responsibility to join her in opening our eyes and hearts in straining against.

Kenny: Thanks for your all your time, Summer. And send my regards to She.

Summer: I can still hold you here forever. I  wouldn’t tempt me.