This week we celebrate the publication of the final title in a favorite picture book trilogy: Kobi Yamada’s lovely What Do You Do with a Chance? (Compendium), beautifully illustrated by Mae Besom, whose wistful pencil and watercolor illustrations move from black and white to brilliant watercolor panels as a brave little child tackles the challenges of possibilities, obstacles and uncertainty while facing the future. The two earlier books, What Do You Do with an Idea? (2014) and What Do You Do with a Problem? (2016) are consistent sellers in our store, and we had a list of preorders waiting for this Tuesday’s release.

Personally, the timing couldn’t have been more perfect for this book, and as I slipped special order forms inside book jackets on Monday night so that staff could make reminder phone calls to customers, I paged through a display copy on the counter, reflecting on each spread and the short sentences they contain like they were written just to me. 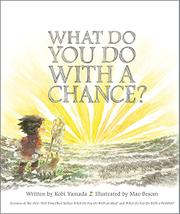 We’re at an anniversary of sorts at 4 Kids Books this month, and it’s making me quite reflective. Our store was founded 15 years ago, and after our first 5 years in a smaller space, we moved to our current location. We have fulfilled two five-year leases in this storefront, and the next lease extension documents are sitting on my desk. The landlord has offered another five-year term, and after the expected wrangling back and forth over CAM charges and aging rooftop HVAC units and sidewalk repair, I have a “final” document waiting for my signature. It was really just a set of administrative tasks to get to this point: call the furnace company for inspection and estimates, email the insurance agent for a proposal to extend coverage, apply last year’s sales per square foot figures to the proposed rental increase to see what the new sales targets would be, plug all that in to the business plan and then go back to the landlord… just a grocery list, really, of tasks that needed data and paperwork and three colors of ultra fine tip Sharpie pens to complete. It wasn’t until I had that final document on my desk that I took a deep breath and felt all the feelings and opened the book and read: “I know I acted like I didn’t care, but the truth was, I did. I still wanted to take a chance, but I was afraid. And I wasn’t sure if I would ever be brave enough.” 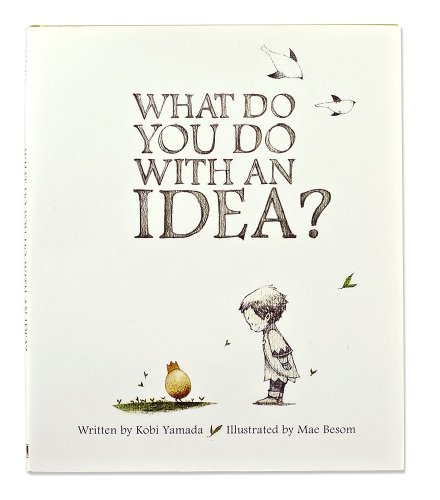 When we started the shop 15 years ago, bravery wasn’t really the question. Like the character in Yamada and Besom’s first book, I had a persistent idea that just wouldn’t go away. I ignored it for a bit, listened to statements about its impracticality, while I wondered how to make it work in spite of all the pronouncements about the supposed death of print, bookselling, and specialty retail in the very city that courted big boxes, Amazon distribution centers and where school after school discussed adoption of electronic tablets to reduce the “dependence” on physical books. “But then I realized, what do they really know? This is MY idea, I thought. No one knows it like I do. And it’s okay if if’s different, and weird, and maybe a little crazy.”

And so my idea, and my business, grew. Actually, it outgrew that first space, bursting-at-the-shelves of those 1800 square feet, stacked to the very ceiling with shelves of books and plush and games and dreams. It became impossible to stay in one spot and continue to grow, and the shopping center had no additional space available, so we ventured two miles north into a different zip code, and spread out in almost double the space. Ahh, we had breathing room, but we had greatly increased overhead, and additional staffing, and much larger events, and so many more issues to face. Just at that five-year business anniversary, we faced the economic uncertainty of 2008, and all the monsters under the bed that came with that rather treacherous time.

“I decided to protect it, to care for it. I fed it good food. I worked with it. I played with it. But most of all, I gave it my attention.” 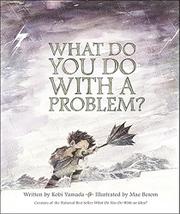 The new location found its community, loyal customers and friendly schools, and seemed to find its footing. But those challenges became bigger, and I needed to change more than just an address to succeed. It’s not easy for most business owners to change. Maybe it’s not easy for anyone. As I pored over sales and payroll and occupancy costs after those next five years, “I wished it would just disappear. I tried everything I could to hide from it. I even found ways to disguise myself. But it still found me.”  I needed to do more than just doing more (which I think is the easiest way for many of us to face challenges, and perhaps the least effective). I needed to see the business differently, to see the PROBLEM differently, and to face the challenges of growth by looking inside of the storm clouds instead of running inside for shelter. “The more I avoided my problem, the more I saw it everywhere.”  There was plenty of false comfort, in these last five years, in the news stories of chains closing, and the commiseration of fellow booksellers as they struggled to find financial security. Electronic readers, soon-to-be-realized same-day delivery from online competitors, and price wars for bestselling frontlist titles from every outside source including grocery stores… all that rain and hail and fierce weather that we marched against, closing our eyes against the wind in our faces.’

Like the child in Besom’s perfect illustration of an “AHA!” moment, goggles askew as we reached into the dark cloud of making this larger store support itself and become profitable, “I discovered it had something beautiful inside. My problem held an opportunity!” Reaching into the problem, for us, over the second five years in the new location was to embrace the opportunities that the larger space offered and maximize its potential as a gathering place. We changed our expectations. We changed our business. We tried new things, some of which worked (birthday parties, classes, community partnerships with nonprofits) and some of which didn’t (homeschool texts, an internship program, and two different POS systems).

So now, faced with the next five years of unknown adventure, I’m realizing that each and every day in business requires us to be willing to take a chance. And as this little character exclaims, “Maybe I don’t have to brave all the time. Maybe I just need to be brave for a little while at the right time.”  And maybe that time needs a signature to begin.

2 thoughts on “What Do You Do with a Bookshop?”