When I arrived for my annual interview with the new Year I was a bit startled by an unexpected sight. Here, see for yourself. 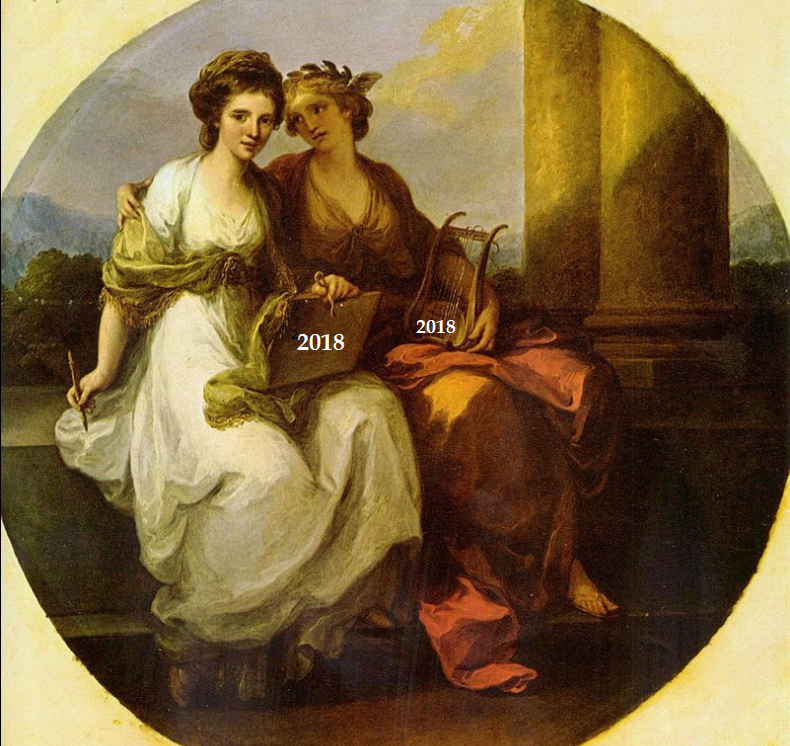 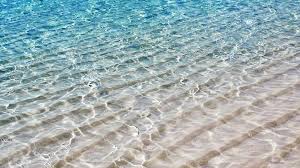 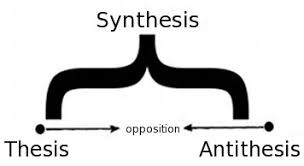 Year 2018: Yes. To serve as both a unified and enlightened force. Are you familiar with the original sense of dialectic?
Kenny: You mean the resolution of seemingly contradictory ideas through reasoned discourse or some other means?
Year 2018: Precisely. I assume that you have noted how much the world is in want of that of late.
Kenny: Well sure, but I still don’t see how can there be two Years at once.
Year 2018: Have you further noted that more and more public discourse is marked by declarative statements, first principles, which are then reasoned downward from rather than critically considered or discussed?
Kenny: I have taken note of that indeed, and it is an odious turn of events to be sure. The medieval mindset, the use of a priori reasoning is never as far away as we might like to think. In fact that has been very evident in children’s bookselling of late, with calls to suppress rather than critically discuss certain titles.
Year 2018: Just so. The pressurized conflict of unresolved monolithic perspectives, makes our job as the year 2018 requires what we call a perceptual release point, an invisible diffusion of irrationality.
Kenny: Are you saying that there are two of you so that you can represent conflicting perspectives without losing the appearance of unity to those living during your reign?
Year 2018: Yes, it doesn’t solve the world’s problems, so much as allow us to fulfill our vow.
Kenny: Hmmn. So one of you represents figurative thought and the other literal?
Year 2018: Absolutely.
Year 2018: It’s not that simple. 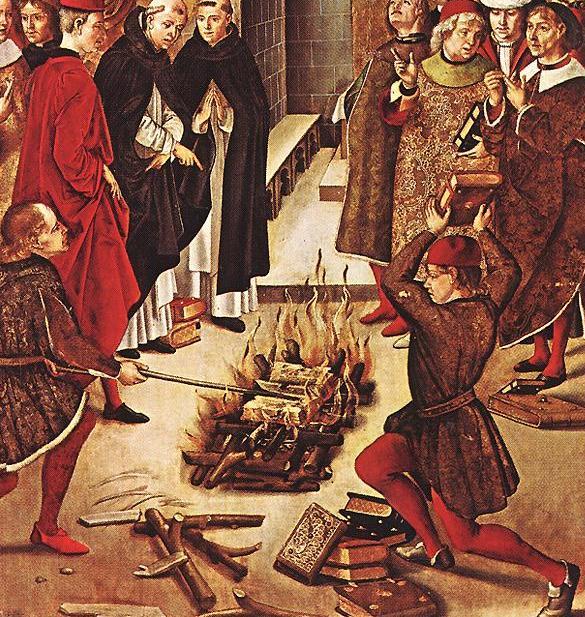 Kenny: Got it. So what does this mean for books?
Year 2018:We’re going to party like it’s 1497! Savonarola himself would blanch at what’s in store!
Year 2018: Not so. The threat to free speech will only deepen an appreciation for it, and add character and substance to the work of many authors this year.
Kenny: Hmmn, I say again. Perhaps you can each share with me your top picks for the first quarter of 2018?
Year 2018: Absolutely.
Year 2018: I’d be delighted to. 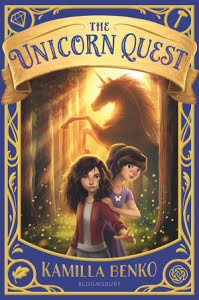 Year 2018: I really enjoyed The Unicorn Quest by Kamilla Benko. It’s the story of a girl searching for a sister very unlike herself, but for whom she had a strong bond, in a world of shifting landmarks. That was a plot which really spoke to me. I also loved The Mad Wolf’s Daughter by Diane Magras; what a rich story it is marked by the heroine’s determination to unite seemingly conflicting narratives. I could relate!  I know you are a bit of a fan of that book too, Kenny.
Kenny: I am indeed on record in that regard.
Year 2018: Another book that spoke to me was the new Jojo Moyes, Still Me. I mean obviously right. My other pick is Rocket Men by that titan, or should I say Saturn, of nonfiction narratives, Robert Kurson. It tells the gripping tale of the Apollo 8 mission. Its theme of having an inspirational scientific endeavor working in 1968 to unite a nation in conflict with itself is so on point, not to mention being a great read.
Kenny: Thanks. I can’t wait to read Rocket Men! What about you, other Year 2018? 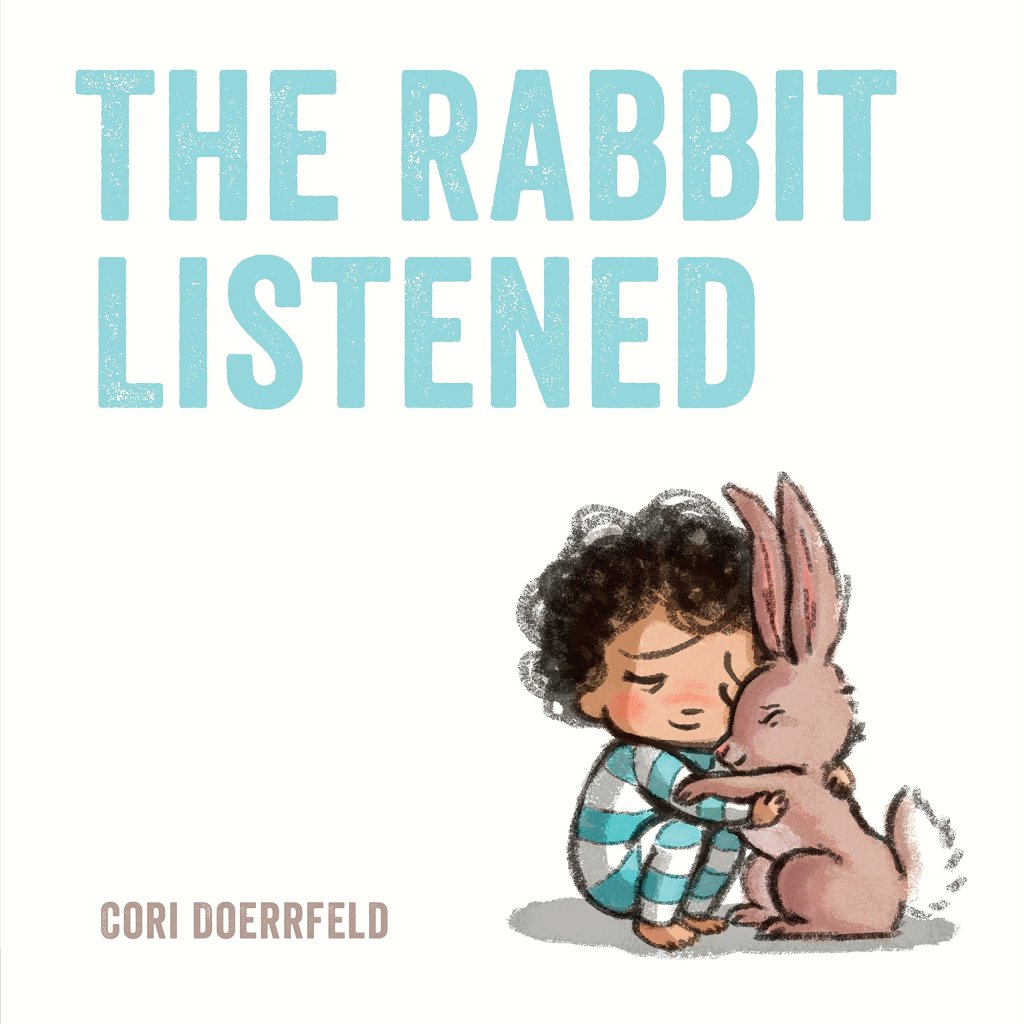 Year 2018: My favorite kids’ book is The Rabbit Listened by Cori Doerrfeld. What a sublime, exploration of a delicate topic it is. This picture book is as much a lesson to adults as it is a support and a revelation to young readers about the power of just being there and listening during times of difficulty. Sometimes simple patience and presence make your words resonate all the deeper when the storm has passed. I’m also a big fan of Bug Blonsky and His Very Long List of Don’ts by E.S. Redmond. An hilarious, good-natured, spot-on book narrated by a seven year old boy is most welcome. If offers kids a chance to see themselves and laugh at the same time, I mean. Too often books of this sort mistake goofiness for humor, not so Bug Blonsky. My last choice is the conclusion of Sabaa Tahir’s stellar trilogy, A Reaper at the Gates, which will not disappoint her well-earned fans. Oh and Poet Laureate Tracy Smith’s Wade in the Water is a book no one should miss.
Kenny: Awesome. Thanks so much both of you.
Year 2018: Our pleasure.
Year 2018: Our pleasure.