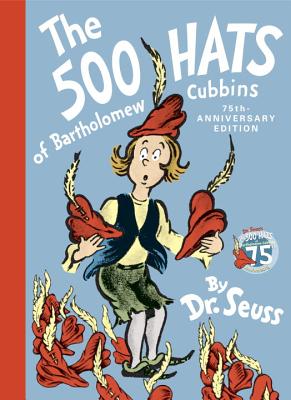 Though the penchant of small bookstore owners for hat-wearing is pronounced in many of us, you might think that comparing ourselves to Bartholomew Cubbins is a stretch. The lad did have 500 hats after all. Looking more deeply, however, we note that Bartholemew’s hats were ephemeral, lightweight, worn only for a moment. Our hats are heavy and in continuous rotation. This is clearly a case for weighting. Frontlist adult buying is the entire job of a bookseller at many large stores. If we weight that hat at 60 Cubbins hats, and consider other whole job hats we wear, Frontlist Children’s, Sidelines, Event Management, accounting, IT, Floor manager, handseller, Marketing, School relations, backlist buying, and so forth we can, viewing things scientifically, see that we have 600 hats right there and that doesn’t include the many lighter, 30 or 15 Cubbins hats we don for doing occasional display work, receiving and shelving. Do the math. The result is obvious. 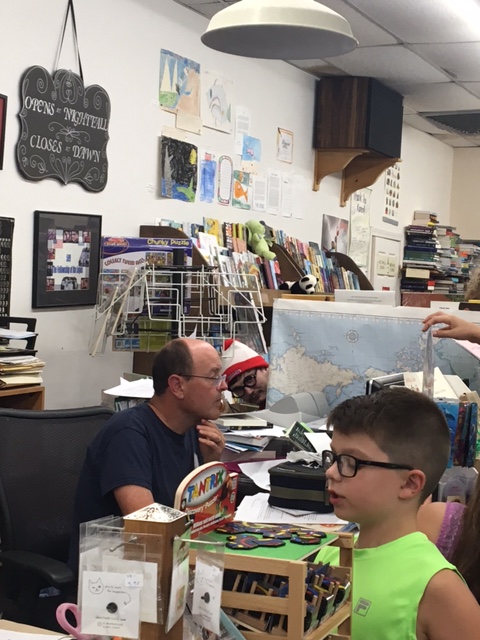 I was photo bombed by Waldo on Monday while frantically trying to print extra Waldo coloring pages from my external hard drive backup to an as yet re-networked printer on a new computer I hadn’t downloaded Adobe Reader onto. yet.

The question though is are we doing all these tasks out of necessity, or are we addicted to responsibility. Are we Renaissance people or just foolish and overly thrifty? I have justifications for all my hat wearing of course, but how legitimate are they. Take accounting, for example. It saves money to do my own accounting. My other justification has to do with its interrelation with buying. I was at a Winter Institute buying session some years ago and the two buyers from big stores were talking about how important it was “to walk down to the other end of the hall and sit down with the accounting person once a week for perspective.” I couldn’t help reflecting that I had a shorter commute, and yet my thinking is similar. I don’t like accounting but it keeps my face in the muck of finances and helps me balance my purchasing decisions. Is that really a good rationale? Would paying someone to do the accounting be worth freeing up that time for me? We may never find out.

Another major rationale I have is that by doing all these different things I am learning useful skills. Becoming fluent in html and css has been dead useful, for example, but only because I do my own web work. Knowing how to troubleshoot networking issues has helped at home and at friends’ houses on occasion.

Last week my central work computer began to fail. I replaced it on Monday into Tuesday. I saved a good chunk of money on IT by doing it myself. Was it a bear? Yes. Did I learn anything? Sure. Was it worth the time and frustration as networked printers weren’t responding and my antivirus program attacked Booklog again and again, preventing it from installing, the stabbing realization that I had forgotten to take a screenshot of my sftps protocols before retiring the old machine? Was I building character or exposing a lack thereof? Hmmn. Let me put on my Objectivity hat and discover the truth. Let’s see. That hat must be wherever I misplaced my Organizer hat. Sigh. Now we’ll never know.

3 thoughts on “Renaissance Man or Fool?”