“Elizabeth?” said my co-worker, Sandy’s, voice on the other end of the phone. “We have a bit of a situation.”
Every business owner dreads hearing those words, especially on her one day off a week.
While most people hail Saturdays as the start of their weekend, Wednesdays are mine. Occasionally I’ll agree to a sales meeting if I absolutely have to, but I usually try to hold that day sacred. Two weeks ago, I was feeling great on my “weekend” day: I’d just worked out and was having brunch with a friend at a new place about a half hour outside of town. That’s when the phone call came.

It turned out that Sandy had gone to our basement storage space for more bags, and discovered a small flood. She couldn’t find the source of the stream, but it was waterlogging the boxes that weren’t on pallets.
“Start bailing,” I said. “I’ll be right there.”
We had a new summer bookseller, Jake, at work on his first day, and how did he spend it? Hauling soggy boxes of books, teacher giveaways, posters, and holiday decorations. I think it ruined his shoes, and he was too polite to complain. (We are still investigating the state of his shoes.) Whatever his internal feelings, he pitched in like a cheerful champ. His last summer job was working for a tent company, and he said, “Anything beats unrolling moldy rugs with dead mice on them in 95-degree heat.” I can’t argue with that! Still, slogging your way through the musty damp of a bookstore basement isn’t anyone’s dream first day, and we were hugely grateful for his energy.
Once I arrived, I was too busy hauling, sorting, and throwing away to take pictures, but I remembered to take some toward the end of the process. 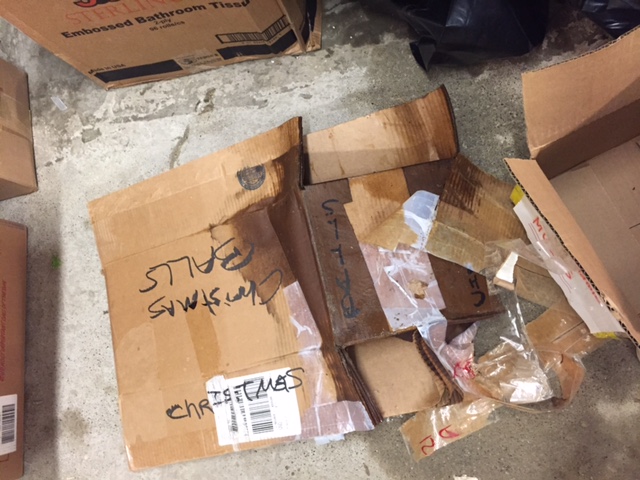 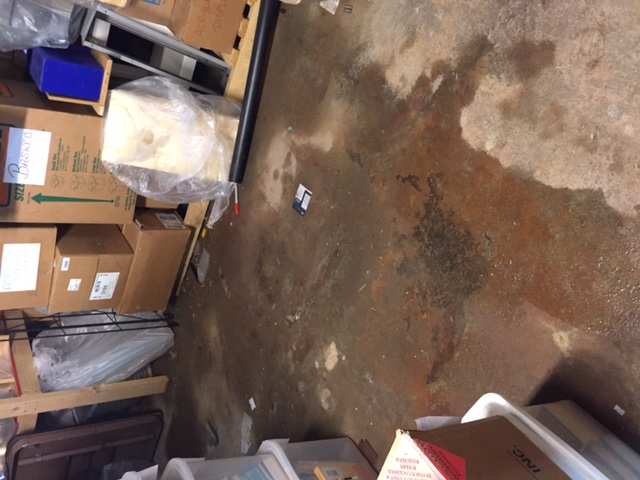 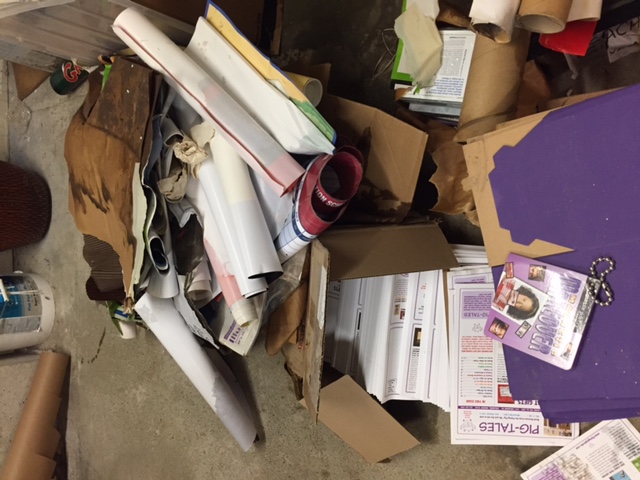 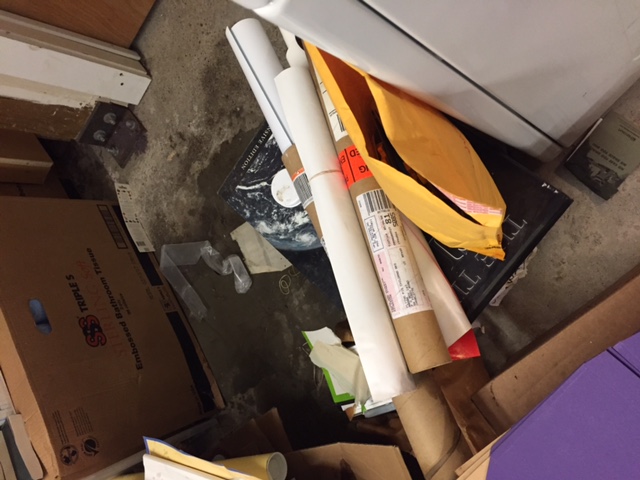 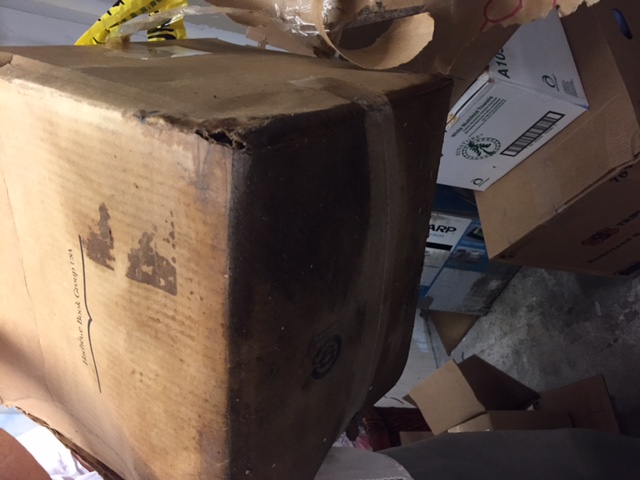 The culprit? The building’s rusted-out water heater on the wall outside our space. 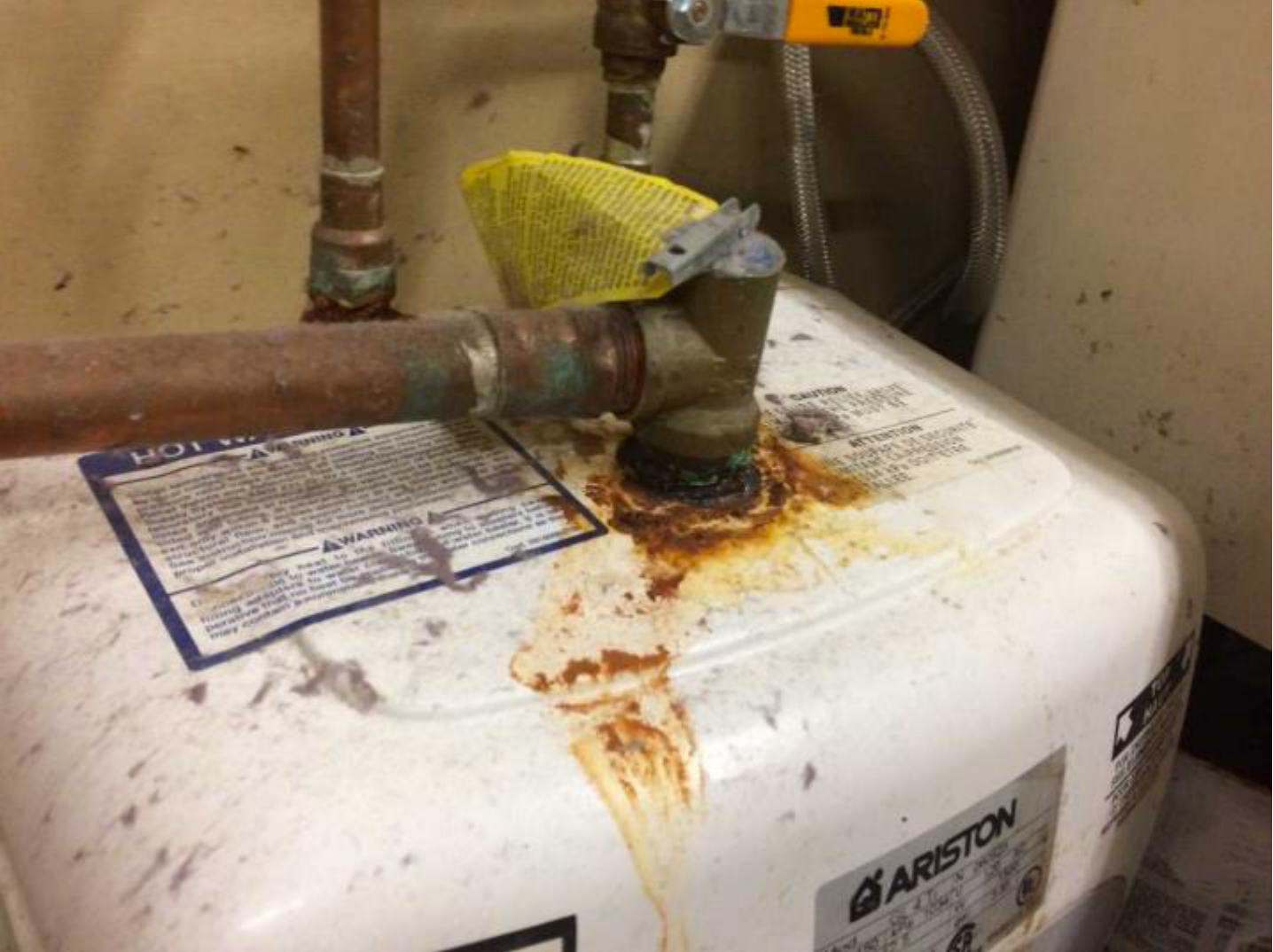 The damage could have been much worse. Sandy’s quick action saved a lot of items—including some irreplaceable memorabilia from our 20 years in business—from destruction. My saddest loss? This glorious $250 Times Atlas of the World. Fortunately, we can get another one. 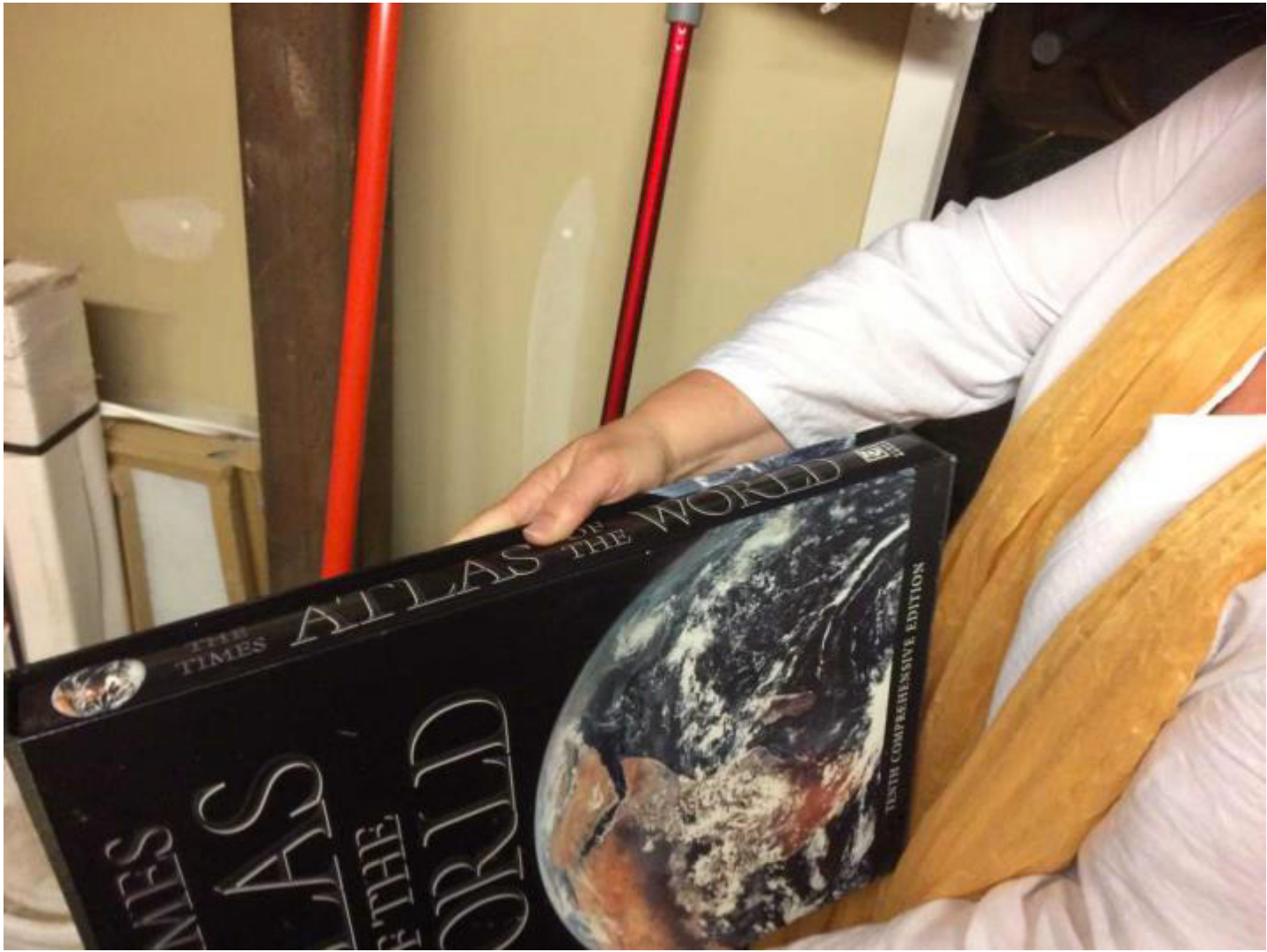