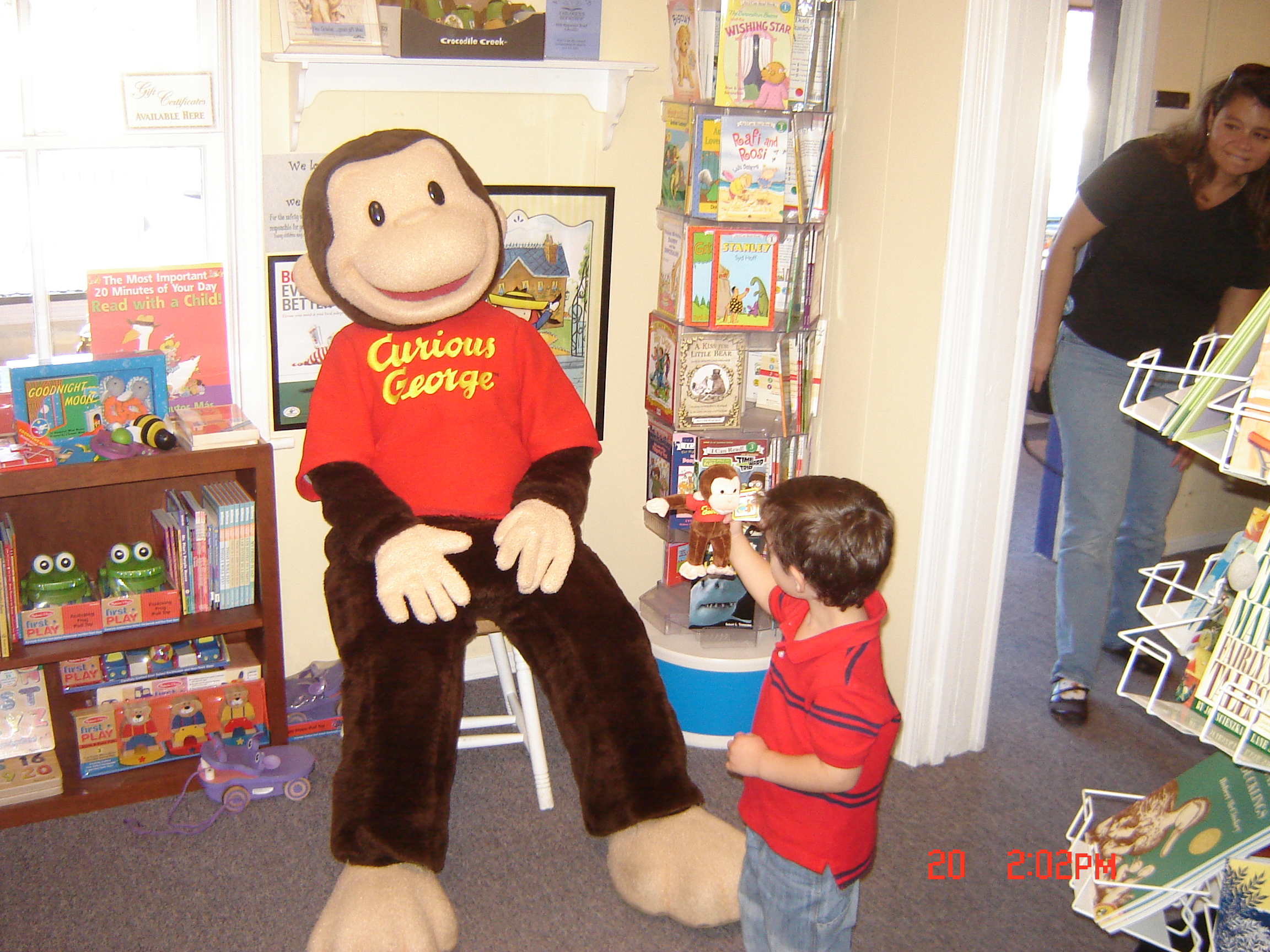 I hate to name-drop, but over the years I’ve hosted a lot of celebrities: Curious George, Corduroy, Winnie the Pooh, and Bad Kitty, to name a few. Picture books are the bestselling section at Spellbound, so costume character events bringing the stars of classic picture books into the bookstore can be pure gold both in terms of customer engagement and sales. The operative word here is “can.” Success is never a given for any kind of event, but over the years I’ve a learned a lot about what works for us with costume events.

Lesson one: Well begun is half done. Arrange to get the costume delivered a day earlier than you think you need to and do an inventory immediately. Usually, everything will be exactly as it’s supposed to be, but it’s good to have a buffer of at least one business day so that you can call the costume rental company for help in case anything is damaged or missing. Like that time we 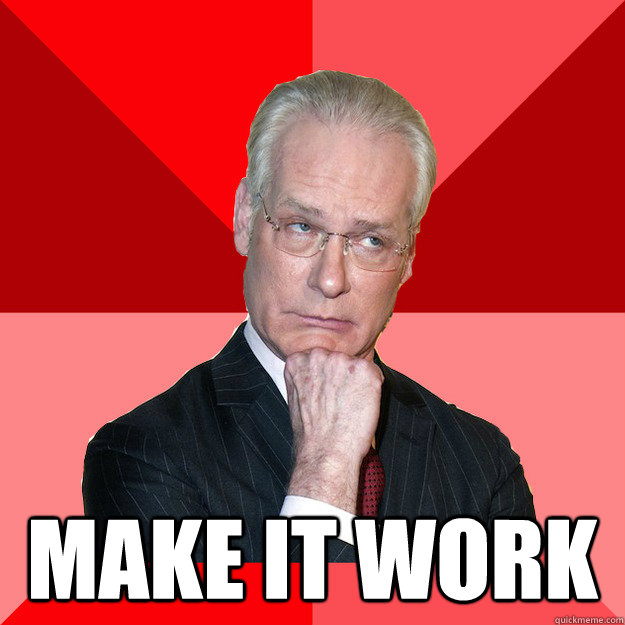 hosted Bad Kitty and her tail wasn’t in the trunk. If we had received and opened it a day earlier, maybe the company could have overnighted a spare. As it was, a staffer had to make an emergency run to our one local costume rental place and rent the only tail they had (a purple one) and tie it on the all-black Bad Kitty costume. Hey, it was a look. We made it work.

This weekend Spellbound hosted The Very Hungry Caterpillar for the first time. It’s good that we unpacked everything a day early, because this costume was very different from any others we’ve hosted. Instead of a simple padded body suit with a separate head, this one is inflatable. The wearer steps into it and the costume inflates around them. This involves a battery pack that has to be charged ahead of time (and a lot of staff giggling during the inflation process).

Lesson two: Don’t lose money. This is something you pretty much want to avoid in business on any given day, but I mention it here because I’ve learned the hard way that this is the sort of event where it’s easy to let the expenses rack up without increased sales to compensate. Spellbound was lucky enough to be included on The Very Hungry Reader Tour for this weekend’s event, which meant that the bookstore didn’t have to pay the usual shipping fees. That expense was covered by the publisher, which made it much easier to put on a profitable event. However, we don’t limit ourselves to the costumes we can get “on tour,” so there’s usually a $100-$200 shipping expense to take into account, as well as extra payroll for the day due to having someone in the costume and someone exclusively acting as their handler.

Sometimes when you host a popular character as a totally free event, it brings in so many extra people (who actually buy things) that you more than cover your extra expenses. But sometimes… not. Sometimes, as I learned during the lean days of the recession, big crowds will flock to the free event without giving a thought to buying anything while there, especially at an authorless event. There is certainly value in just bringing new people in the door, but eventually I settled on the redeemable ticket as the way to go for events like this. We ask people to buy a family ticket for a few dollars and let them redeem it for the same amount off any in-store purchase the day of the event. No one has ever balked at this, and it ensures that we have a profitable event even when there isn’t necessarily a hot new release to promote. When people have a one-day-only coupon burning a hole in their pocket, they take the time to shop around after the big event.

Lesson three: Think about the traffic flow.  Are you going to have the character moving around throughout the store or are you going to have it in one area for a story time, photo taking, and so forth? And how many people (many of them one to three years old) are possibly going to have to wait in line and how are you going to keep them happy? Spellbound is a small (approximately 1300 sf) store, so we have to do some planning ahead and furniture rearranging when we expect a really large crowd. Due to advance ticket sales on our website and the number of “Interested” responses on the Facebook event page, we knew to expect a healthy crowd for this weekend’s event. Having learned from being under-prepared for the enormous crowd last time we hosted Curious George, which went semi-viral with local Facebook followers, we were more pro-active with this weekend’s event. In all the publicity and personal interactions with customers

ahead of time, we emphasized that Caterpillar would be at the store for two hours so there was no need for everyone to show up at the same time. We also encouraged pre-ordering tickets to avoid waiting in line and made use of our tablets and Square devices to have multiple stations where people could purchase tickets at the event. All of this culminated in having what I consider one of our most successful costume events ever with strong sales, happy customers, and busy but not overwhelmed staff. (Elisha still looks slightly shell-shocked when talking about the last Curious George event. So. Many. People.)

We really appreciated being included on the Caterpillar’s tour this month, and I just want to remind you book lovers that for every purchase of an Eric Carle book in the month of March, his publisher (Penguin Random House) will donate a book to a child in need through First Book (up to 50,000 books).