In a glorious example of ShelfTalker synergy, my colleague Kenny Brechner just posted a terrific piece on selling active nonfiction yesterday. As proof of a trend perhaps, nonfiction has also been on my mind this week over in Texas.

We had the great pleasure of hosting Steve Sheinkin for school visits last week. His newest book, Undefeated, tells the riveting story of Jim Thorpe and the Carlisle Indian School football team, true underdogs who beca 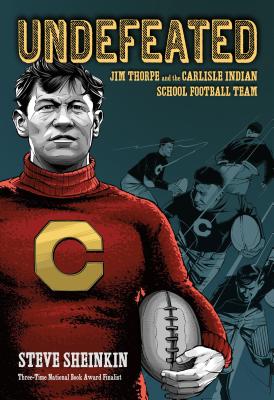 me one of the most successful teams in history and who Sheinkin credits with inventing the game of football as it exists today. A member of the Sac and Fox Nation who co-founded the National Football League, the team’s star Jim Thorpe was also the first Native American to win an Olympic Gold Medal and is still considered one of the best athletes in history. But Thorpe’s journey was neither rosy nor easy, and the racism and betrayals he faced make this, in Steve Sheinkin’s own words, “one of the most inspiring” and “one of the most heartbreaking” stories that he has ever told. While he was here, I took the opportunity to ask him a few questions. It was a great conversation about this important new book, and you can read the interview here. I also wanted to pull out something Steve said about making nonfiction appealing to kids.

As a bookseller, I love being able to offer kids Steve’s books. They grab readers’ attention with fascinating, complex true stories that are so well told that kids practically speed through the whole thing before realizing they’re learning. At the end of our interview, I asked him whether there were any books that did that for him as a young reader. Here was his answer:

STEVE: As a kid, if you had asked me if I liked history, I would have said definitely not, that I hate it; it’s boring; it’s just where you memorize names and dates. But when I look back at some of my favorite books, I realize they were historical, especially historical fiction. I loved the Mutiny on the Bounty books. Kids today have no idea what I’m talking about when I say that, but those were really exciting. And a Michael Crichton book called The Great Train Robbery was a huge influence on me. It’s based on a true train robbery in Victorian London (which is a great setting for an adventure story), and it’s a really detailed behind-the-scenes account of how these guys pulled off a brilliant train robbery. So it’s a combination of history and thriller. I didn’t really know there was such a thing, but I think I’ve been kind of trying to recreate that ever since in the work that I do now, combining that with other things I’ve learned from – like I like the Nathan Hale comics and I still like to draw comics too. I believe in pulling in influences like that from unexpected places. I think kids learn so much more from something when it’s entertaining. Like look at the influence of Hamilton. Or, one of my favorite things to do with my kids is that we do our own little Lego movies. I think my daughter’s the same as me. If you asked her if she liked history, she would say no. She’s 10. But then if you said all right, make a movie about Lewis and Clark or something, she would have a blast doing it, and she would remember so much more about it.  So I think that’s the way to approach these subjects.You’ve got to be engaging. Not every story is happy or funny, but it’s got to be interesting.

This whole topic has been on my mind lately, albeit in a slightly different form, be 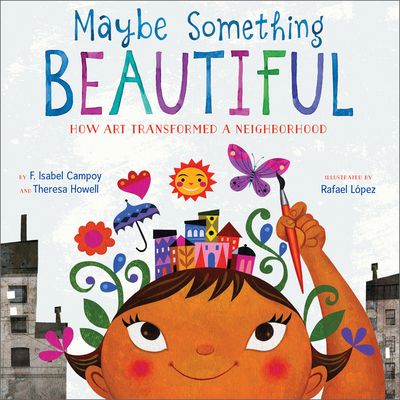 cause I’ve discovered the real fun of exploring nonfiction (and fictionalized true stories) with my son (age 4). He absolutely loves reading stories based on the real world. We were reading Elizabeth, Queen of the Seas by Lynne Cox the other day with his cousin, and my son triumphantly flipped to the backmatter at the end and shouted “Look! She’s real!” Other books that have recently captured his interest include The Bear Report, Water Is Water, Follow the Moon Home, A Voyage in the Clouds, Maybe Something Beautiful, The Blue Whale, At the Same Moment Around the World and The Secret Subway. Of course, he also can’t get enough of National Geographic’s Little Kid’s First Big Book series, especially their Little Kid’s First Big Book of Why.

learning as a buyer and things I’m learning as a parent. But I will say that there have been so many really cool, beautiful nonfiction picture books coming out that I recently decided to highlight them for parents with a First Nonfiction section in our picture book room and a general nonfiction new arrivals section at the front. They’ve been really popular.

Are other stores experiencing a growing focus on nonfiction? I’m always looking for great book recommendations!