Human nature just can’t resist a good reveal. One of our early bestsellers was a racy book for grownups called 101 Nights of Grrreat Sex, a compilation of sealed packets of pages containing instructions for couples to use to create surprise seductions for one another. We knew this would be a terrific Valentine’s Day item, but as a small bookstore that leaned heavily toward children’s books, we didn’t feel it would be quite the thing to display this book boldly on the front counter. But, we *could* wrap it in brown paper, tearing open a small patch on the front that showed the tiniest bit of deep red cover, with a little sign that said, “A gift for your sweetie that’s a gift for you, too.” We would switch out the signs. “You know you want to look.” Or, “This book is so hot, even the pages are sealed.” Customers couldn’t even see the whole front cover, much less flip through the thing, but we sold a boatload of them. Was it literature? Nah. But it was a fun sale. There was something enticing, novel, about what couldn’t be seen.

One of our most popular non-author events ever was a sneak peek at the season’s upcoming books. We partnered with a local restaurant, which set up a prix-fixe dinner for attendees, while we brought ARCs and advance hardcovers to show our customers, revealing the best new upcoming adult fall releases in table-to-table booktalks. People loved being in the know about the hot new titles no one else had seen yet, and getting a jump on their holiday pre-orders.

The third kind of reveal that browsers cannot get enough of is to get a glimpse of what we’re unpacking before it hits the shelves. Opening that Tuesday On-Sale-Date box? Receive them into inventory on Monday and set them on the cash wrap counter out of reach with a sign that says, “Do Not Display Before Sale Date,” and people are immediately curious. This isn’t even a deliberate move on our part; it’s just an inevitable consequence of a metaphorical “Do Not Touch” sign. It’s irresistible.

Shoppers are funny; you can booktalk five incredible titles, but when you mention a sixth only to discover the store is out of it at the moment, that’s the title the customer wants. The other books, the ones on hand, are instantly devalued by comparison. Surely, the customer thinks, the one we’re out of is the superior title, since we’ve run out of copies. (When the reality is it may just be a title that doesn’t get reordered as regularly as another title.)

All of which makes me rethink this post’s premise. Maybe it isn’t so much the reveal that’s alluring as the specter of wanting what we can’t have. But I’ll offer one more anecdote in favor of the reveal:

I have loved the stars too fondly to be fearful of the night. — Sarah Williams (Saturn Press sympathy card)

The other day, I was receiving an order from Saturn Press, one of the very best letterpress card companies. They do beautiful, unique cards, all gorgeously produced on thick paper with a good tooth, many with a rag or deckled edge. Some of the cards are funny — they have a great one with the Emo Philips quote, ‘Some mornings it just doesn’t seem worth it to gnaw through the leather straps,” and another with a retro cartoon of a man in a car that says, “If it’s got tires or testicles, it’s gonna give you trouble.” Many of the cards have information presented beautifully: a page full of knots, or trail signs, animal tracks, or cloud formations. Many of them are simply beautiful images. All of them are a delight. 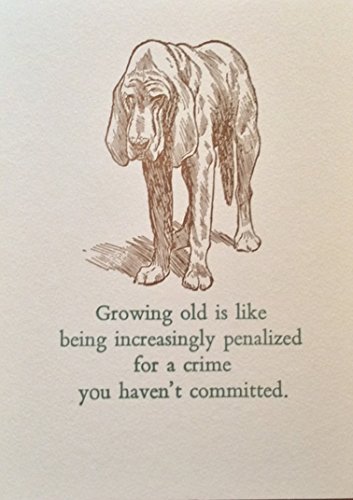 As I was entering the new cards into our computer, a longtime favorite customer came in and we began chatting. She mentioned a friend’s birthday, and I couldn’t resist showing her the mournful hound on a Saturn Press birthday card that reads, “Growing old is like being increasingly penalized for a crime you haven’t committed.” She laughed and took notice of the stacks of brand-new cards I was receiving. “What are these?!” she exclaimed. I told her they were greeting cards from an amazing little press in Maine. I said. “These aren’t even in the system yet.” Her eyes lit up. “May I see?” she asked. “Of course,” I said, and she sorted through the little stacks of half-dozens. She found a sympathy card she loved. “I’ll take them all,” she said, handing me the packet of six cards. She found five more designs, and set aside those in half-dozens, as well as a few single cards culled from the other sets. “Is this all right?” she asked. “All right?” we repeated. “Of course!” Is it all right to buy 40 cards in one fell swoop? Um, sure thing. Wow! 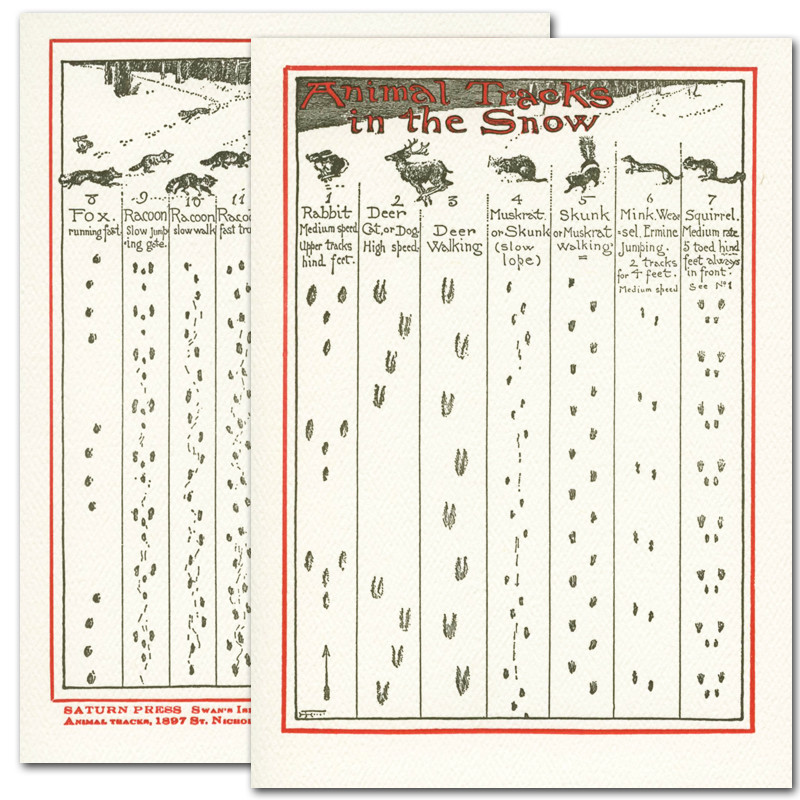 Later, my colleague, Laura, said, “You know, maybe we should offer our best card-buying customers a sneak peek at brand-new card lines coming in, before they’re even on the shelf.” She said she thought people would like the novelty of seeing cards before everyone else, and that it probably would lead to even more cards being sold. For instance, if the cards our Saturn Press customer loved had already been out on display, our customer may have bought one or two of each design, but probably not all six of so many designs. For one thing, people don’t like to buy the last one of anything, generally speaking, but items that haven’t even made it out to the sales floor are different; you can buy a whole packet without guilt. For another, there’s just something about a sneak peek that makes people happy.