This year marks the 20th anniversary of the Flying Pig Bookstore. When Elizabeth and I opened the store on November 23, 1996, I don’t think we had any idea that 20 years later not only would we still be open, but we’d be thriving. It’s been a glorious 20 years that we really want to celebrate. While the actual date of the party feels far away, the planning has already started and we have the spreadsheets to prove it.

Our last big anniversary was our 15th and we’re modeling this one on that. That anniversary 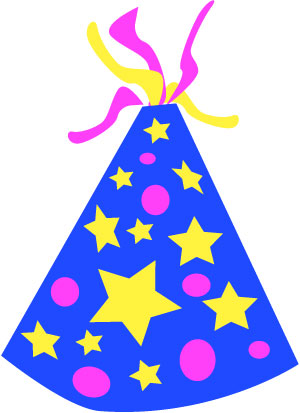 had well over 20 large events spanning many months that appealed to many of our customers. We want to have many events, big events, that will celebrate books, authors and our wonderful customers. We’ve already started sending out proposals to our publisher reps about securing some of our favorite authors.  We filled out as many event grids as we could (why so many of them were due smack in the middle of December still leaves me scratching my head) and noticed that there weren’t a lot of authors coming to northern New England. Once again, we struggle with the perception that the Burlington area is just too far north of Boston to draw a crowd.

Oh, but this is so wrong. In many cases, smaller markets can draw larger crowds than big cities because there aren’t as many other competing events on any given day. Burlington is fortunate to have a very good, if small airport, that is served by many direct flights from big cities. I’ve created a Google map to share with publicists who might not be as familiar with Vermont’s cities to let them know that one weekend in Vermont can allow an author to visit up to four really good stores without too much hassle. There is something exciting about trying to book authors for the anniversary. I love the challenge of it and the research that goes into it. I’m spending a lot of time looking ahead to the fall season to see who is likely to touring or could be persuaded to come to Shelburne. The staff is compiling their dream list of authors and we are aiming high. As my mother always said to me, “Nothing ventured, nothing gained.”

In addition to author events, we are trying to think of how to celebrate our customers. Elizabeth is working on “The Flying Pig Families” project. She’s been asking long-time customers to share any photos they have of their children when they were little at the bookstore and now. So many of our first young customers now have families of their own and it would be wonderful to have multiple generations of Flying Pig shoppers at the party. The celebration will be long and fun. We were cleaning the basement last weekend and found our original wish list registry which is fascinating. I only looked at two customers and was touched that they still shop at the store, but they are no longer buying Magic Tree House books or asking for Half Magic – instead they are now reading Paulo Coelho and medical school textbooks. So much happens in 20 years in the life of a child and we want to celebrate that as well.

I’m curious what our bookseller readers do for their 20th anniversaries: pony rides, events, cake? We’d love to hear from you in the comments.