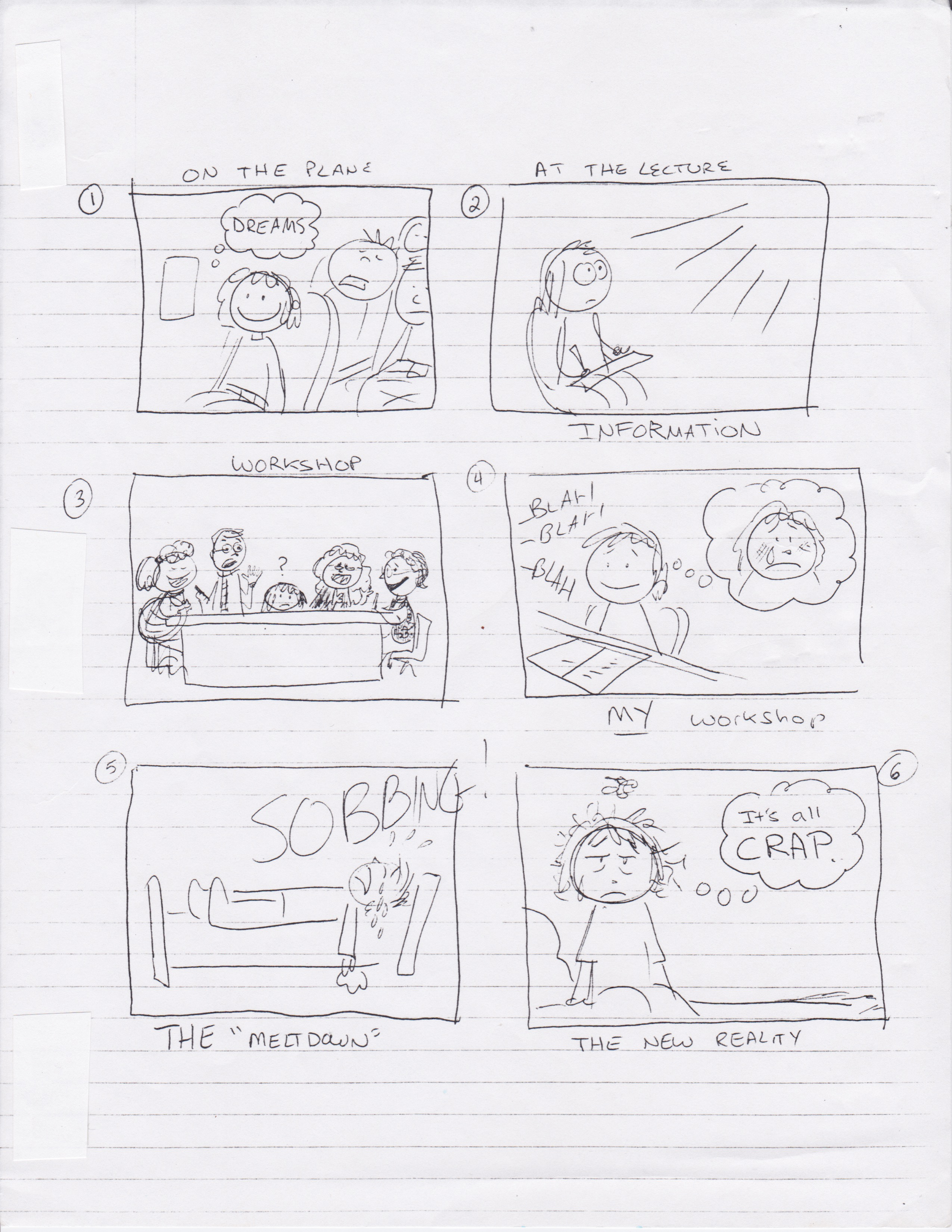 Back in 2002, I was one of a dozen students beginning our first semester at the Vermont College of Fine Arts MFA program in Writing for Children and Young Adults. That long, intense week of lectures, readings, and workshops bonded us so strongly, we all still keep in touch, celebrating life and work’s successes and mourning losses together. Admittedly, it was an exceptionally fabulous group of people, but I’ll bet that can be said of most groups of children’s book writers.

Recently, a friend of mine went to her first MFA residency. It was a different program at a different institution, but I suspected that she would go through so many of the same things we did – high hopes and dreams, self-doubt, critique fear, exhilaration, and the midweek meltdown that comes as a result of exhaustion, an excess of emotional and intellectual stimulation, and the inevitable product of introverts experiencing people overload. So I sent her off with a gift that one of my classmates from that long-ago group had given to us at the end of our week together: a cartoon sketching out the Life Cycle of the MFA Residency.

The cartoonist was Kelly Wightman, a Walt Disney feature animation storyboard artist and director. She wasn’t yet published, but showed us classmates a hilarious mock-up of a picture book about an impatient, exuberant, interrupting moose eager for the spotlight in an alphabet book. That book would be published 10 years later (under her married name, Kelly Bingham), illustrated by the illustrious and droll Paul O. Zelinsky, as Z Is for Moose (Greenwillow). Kelly has also published another picture book in the Moose series (Circle, Square, Moose) and two excellent verse novels with Candlewick, Shark Girl and Formerly Shark Girl.

But back in 2002, Kelly had no idea whether she would ever break into print. She was as nervous and excited and worried as the rest of us. So, with Kelly’s permission and in honor of all aspiring authors who take a leap of faith and risk vulnerability by sharing their creative souls in writing programs, please enjoy Kelly’s sketch immortalizing the MFA residency week – still treasured after all these years. 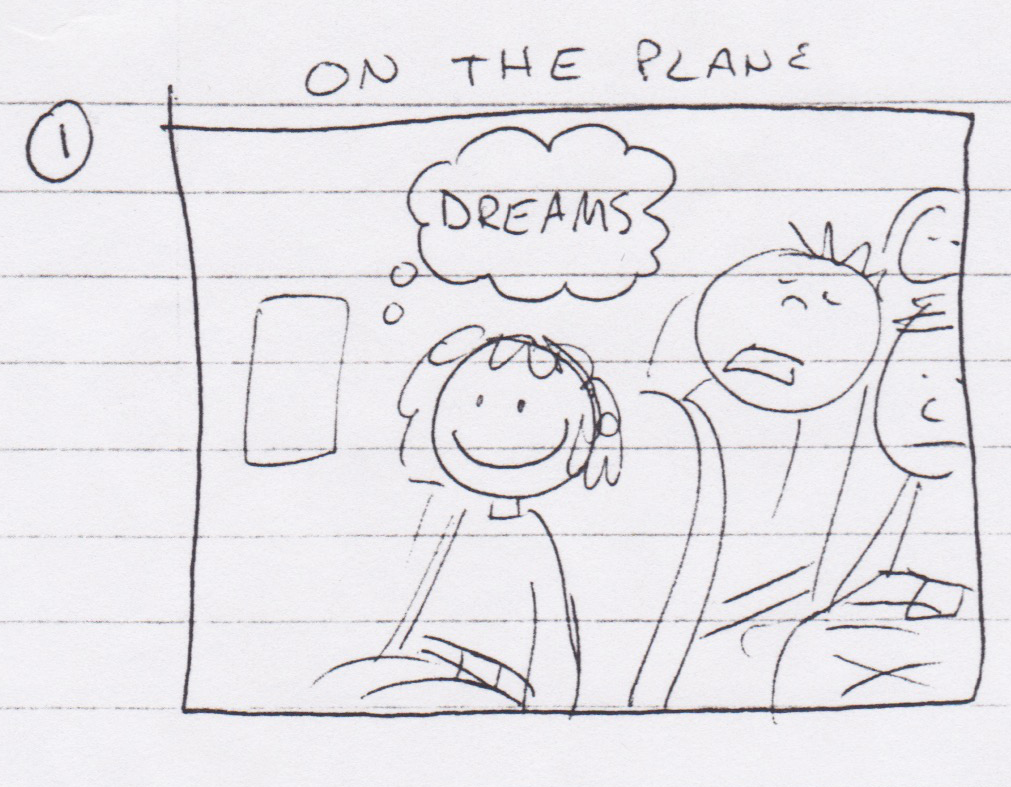 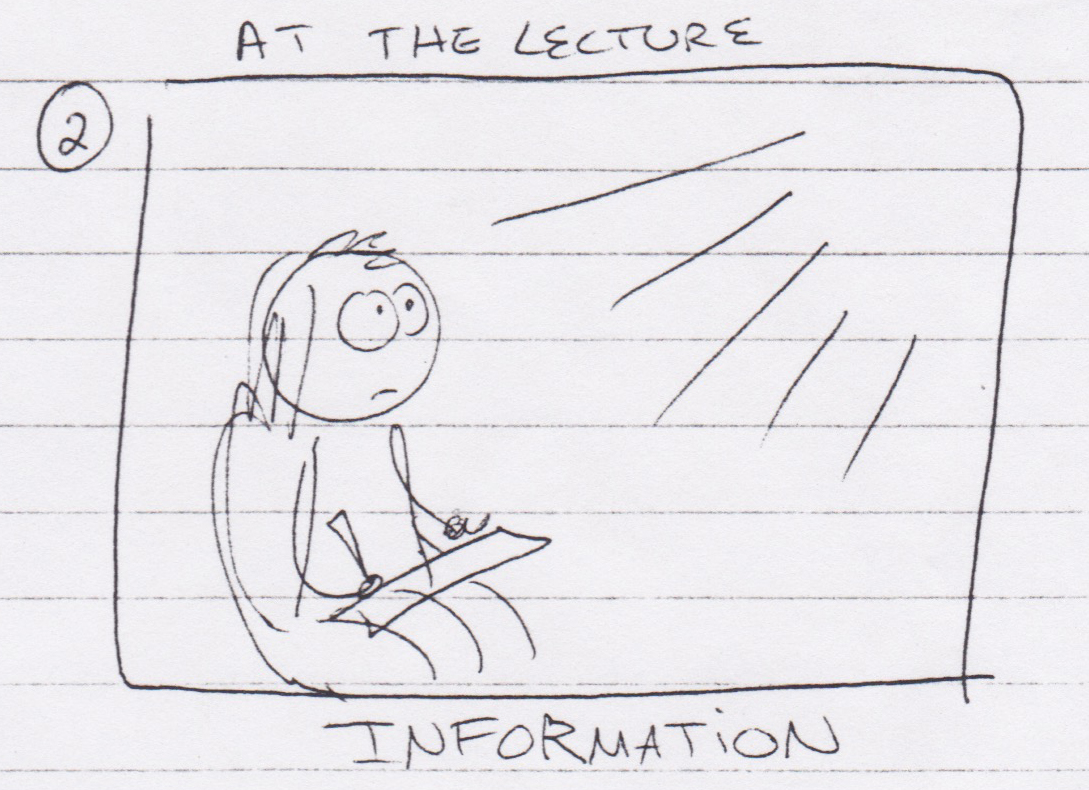 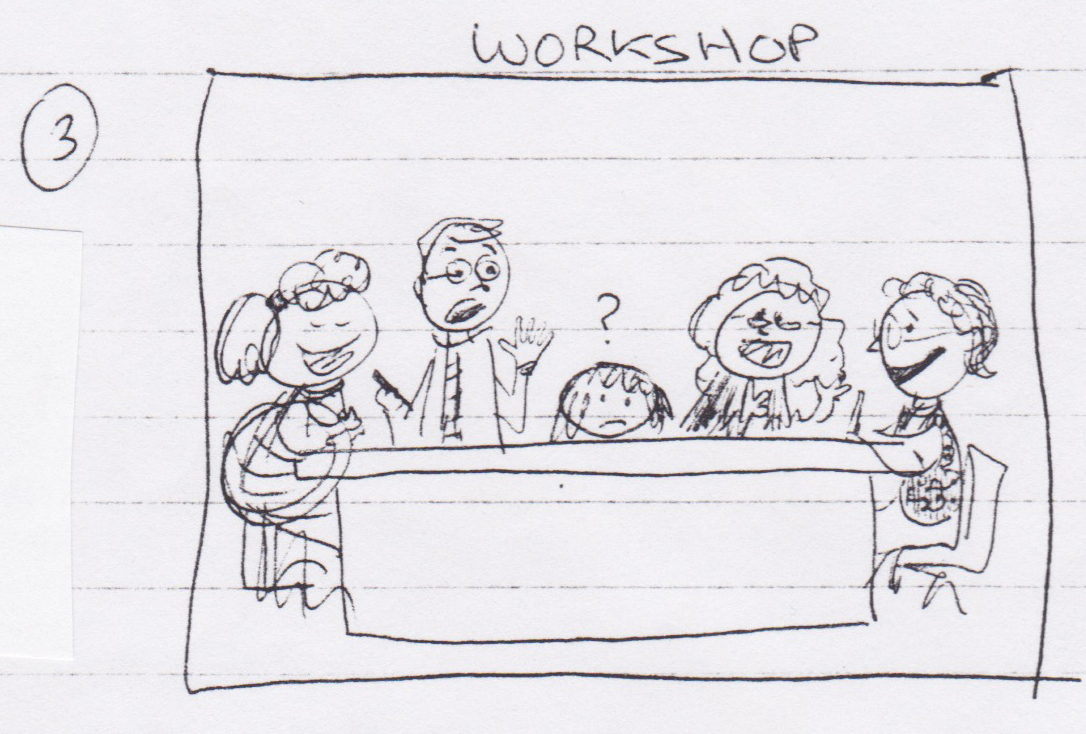 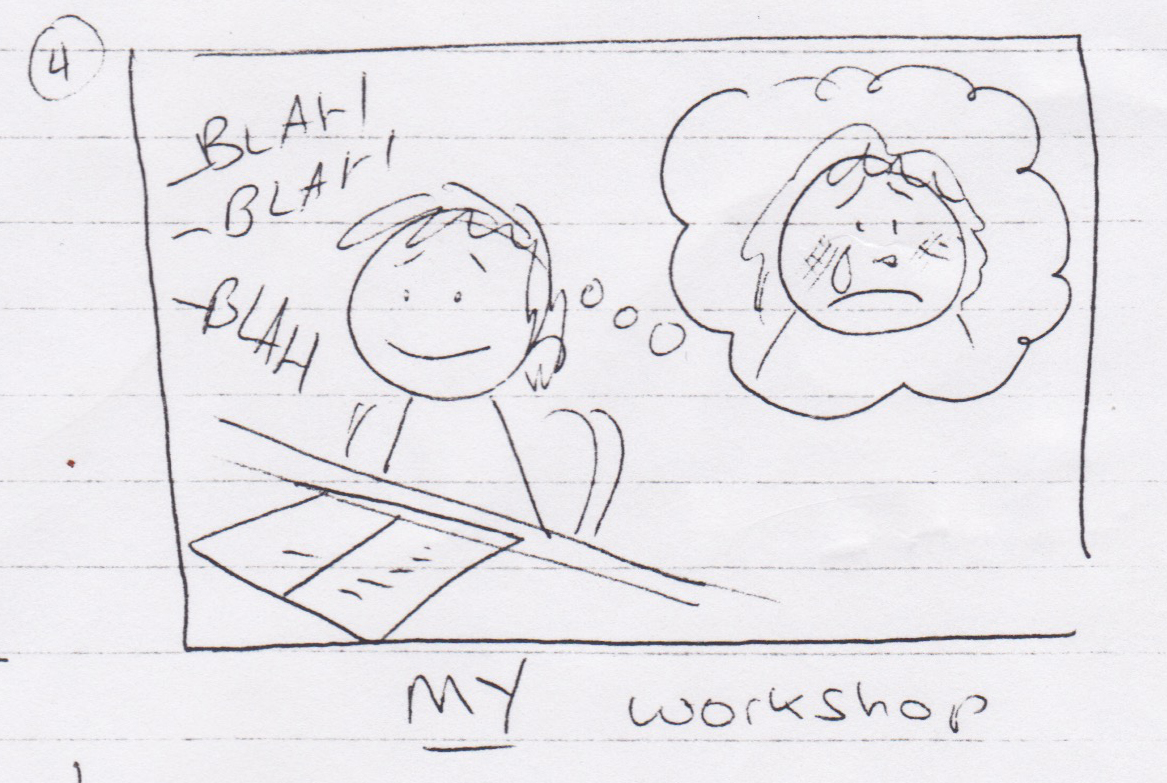 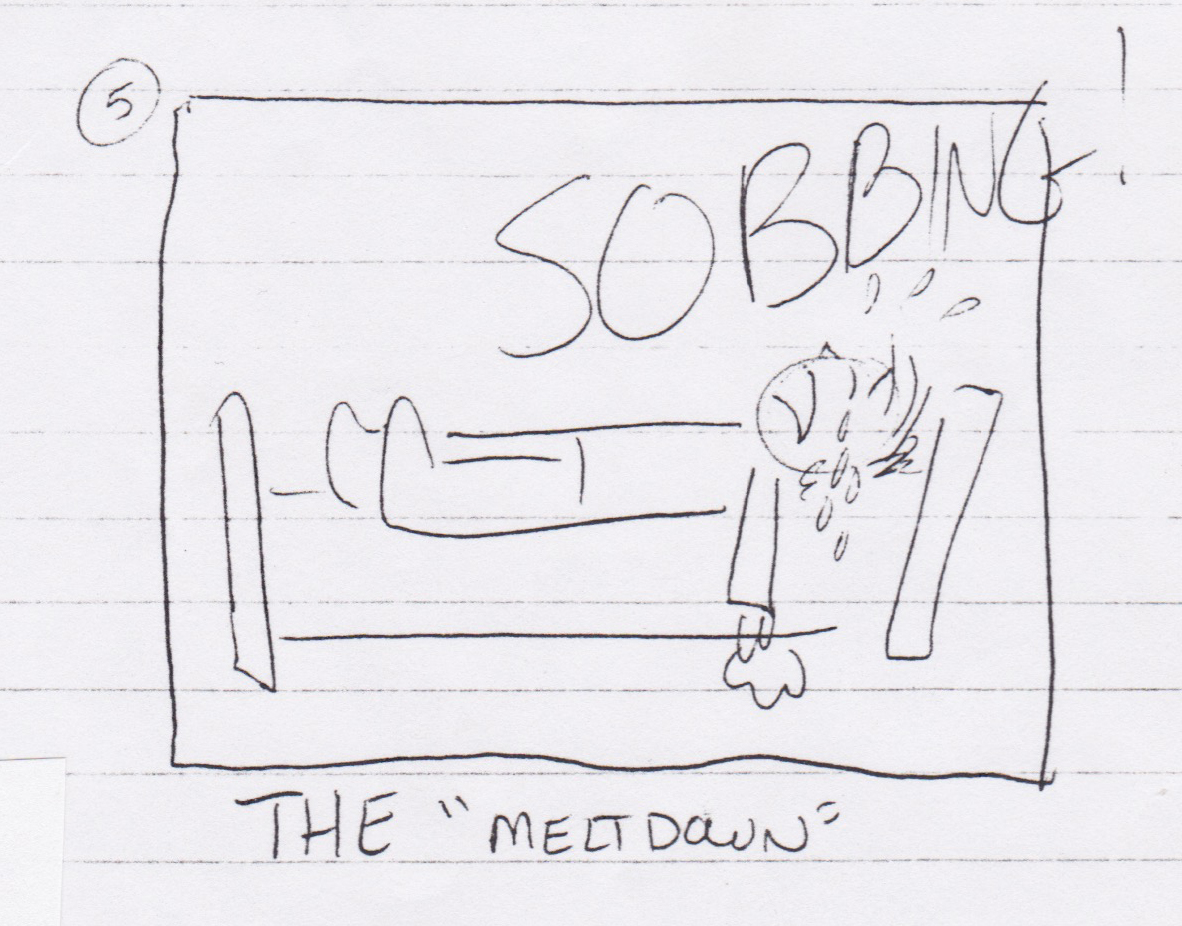 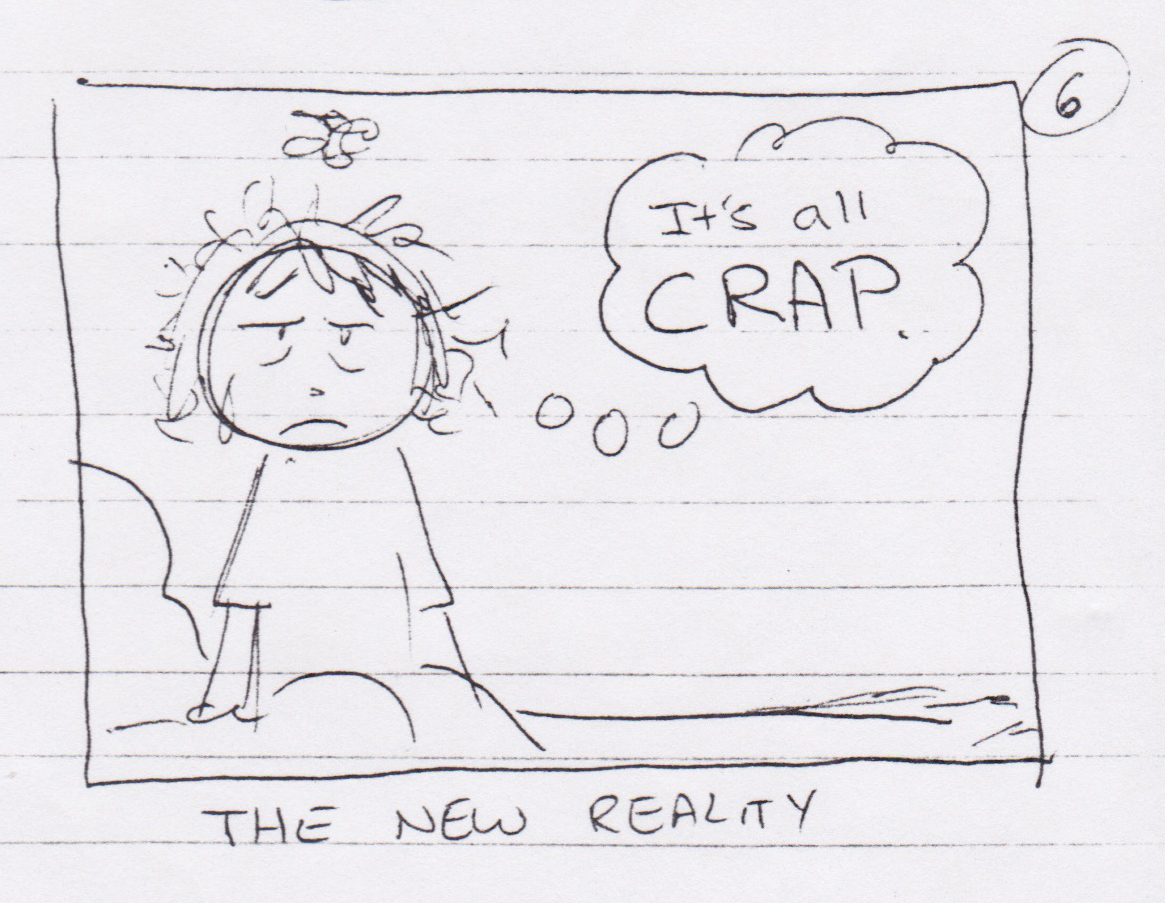 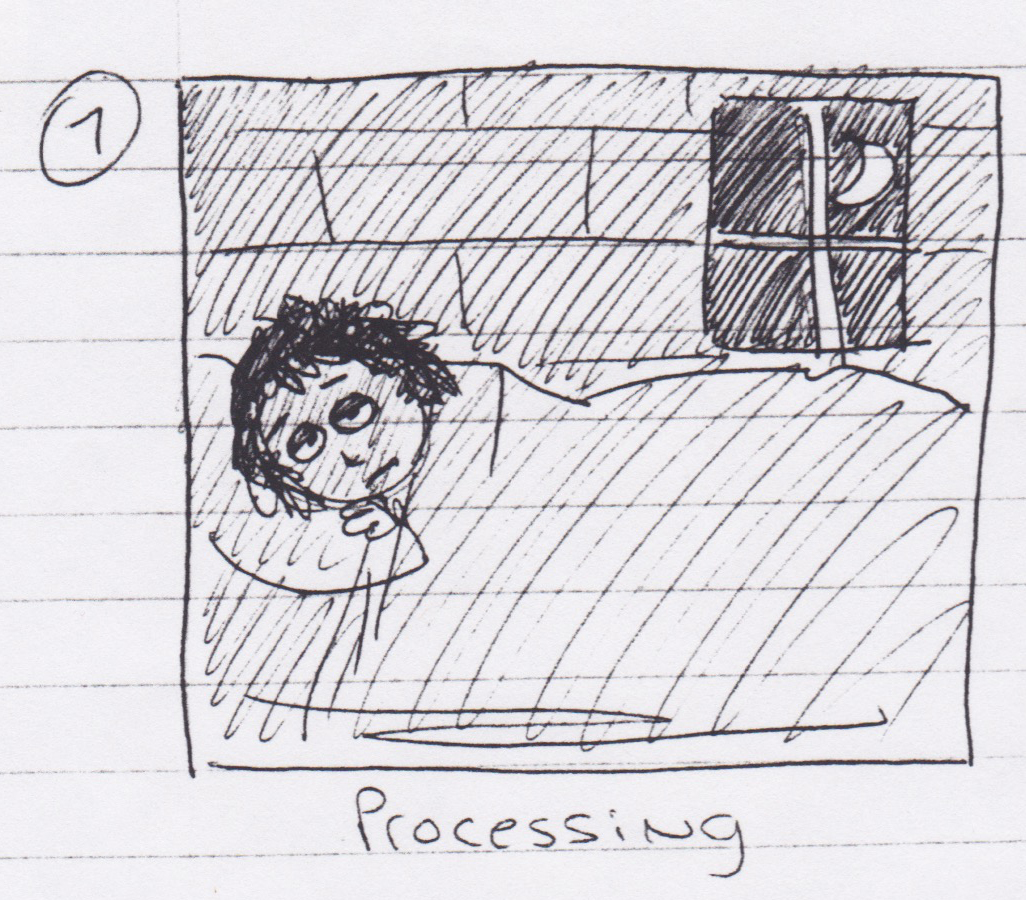 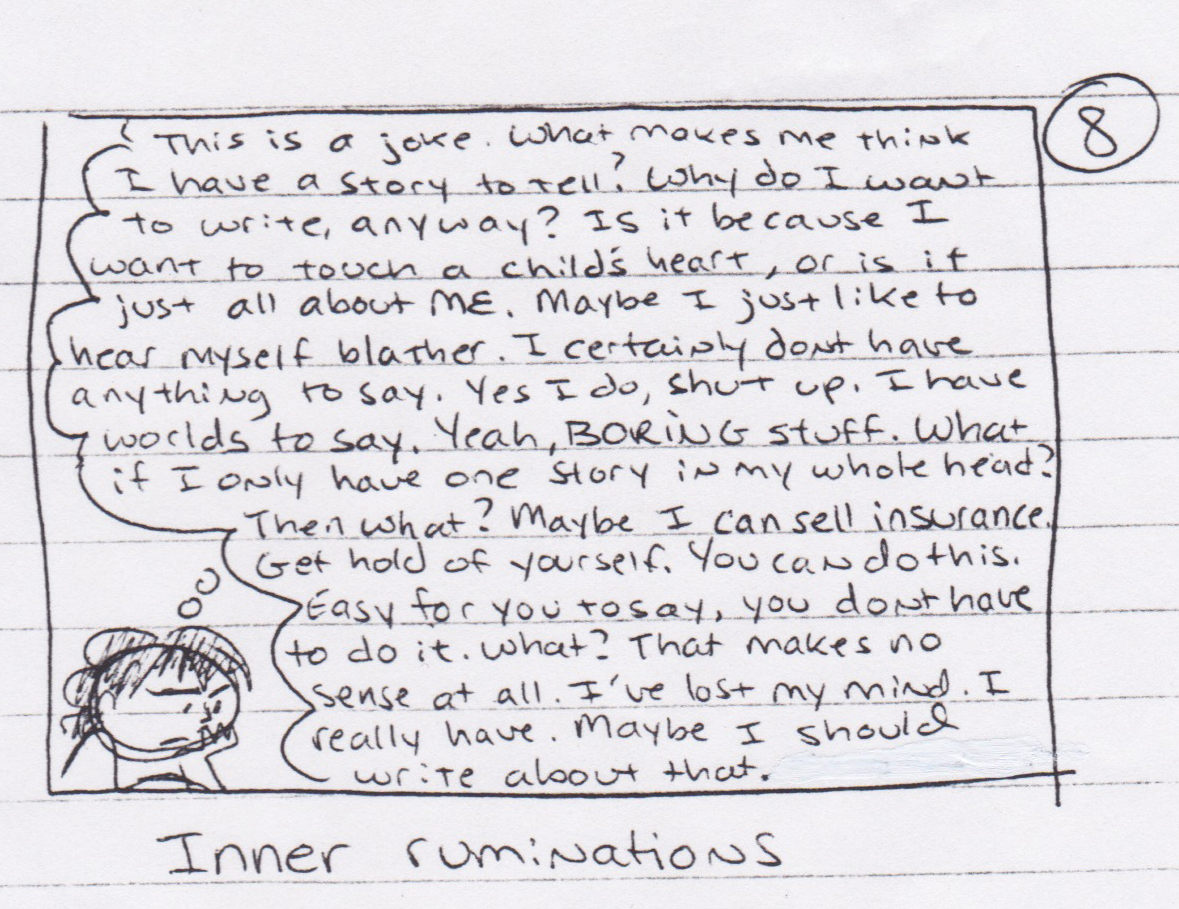 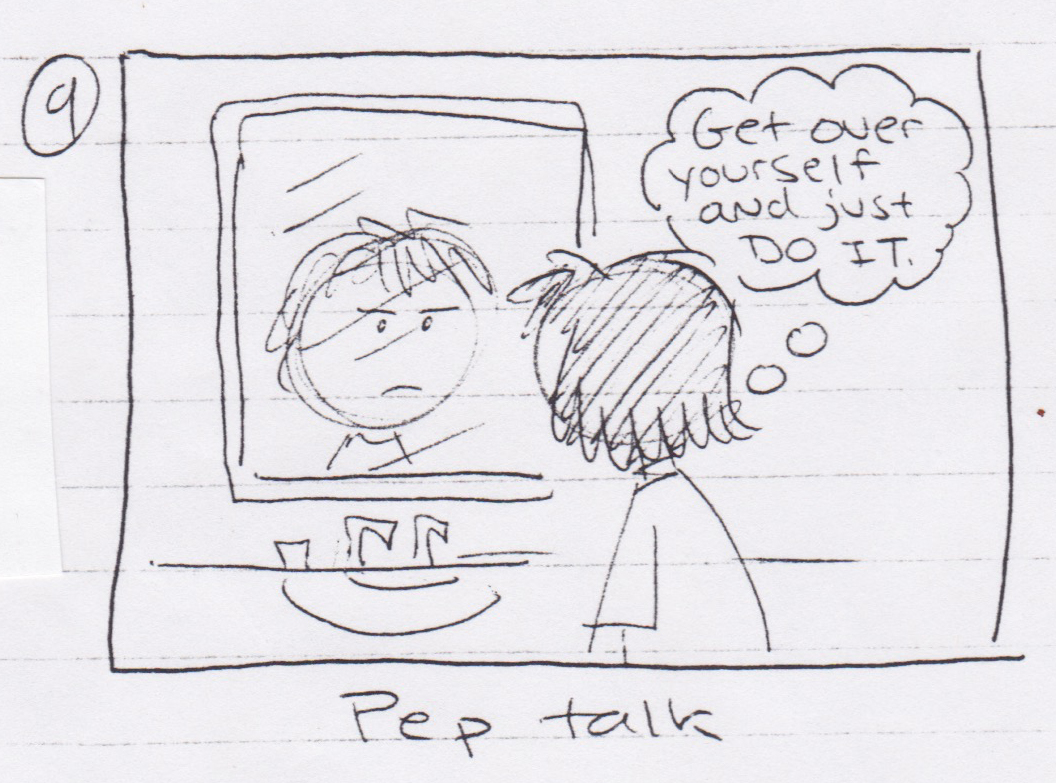 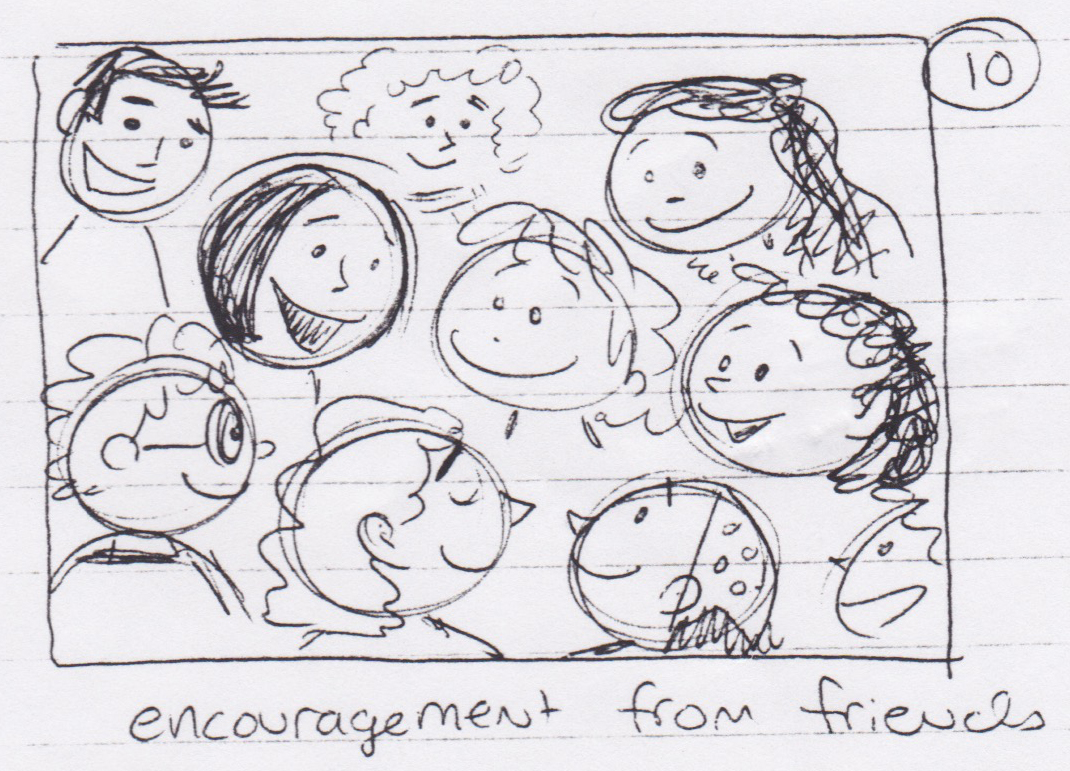 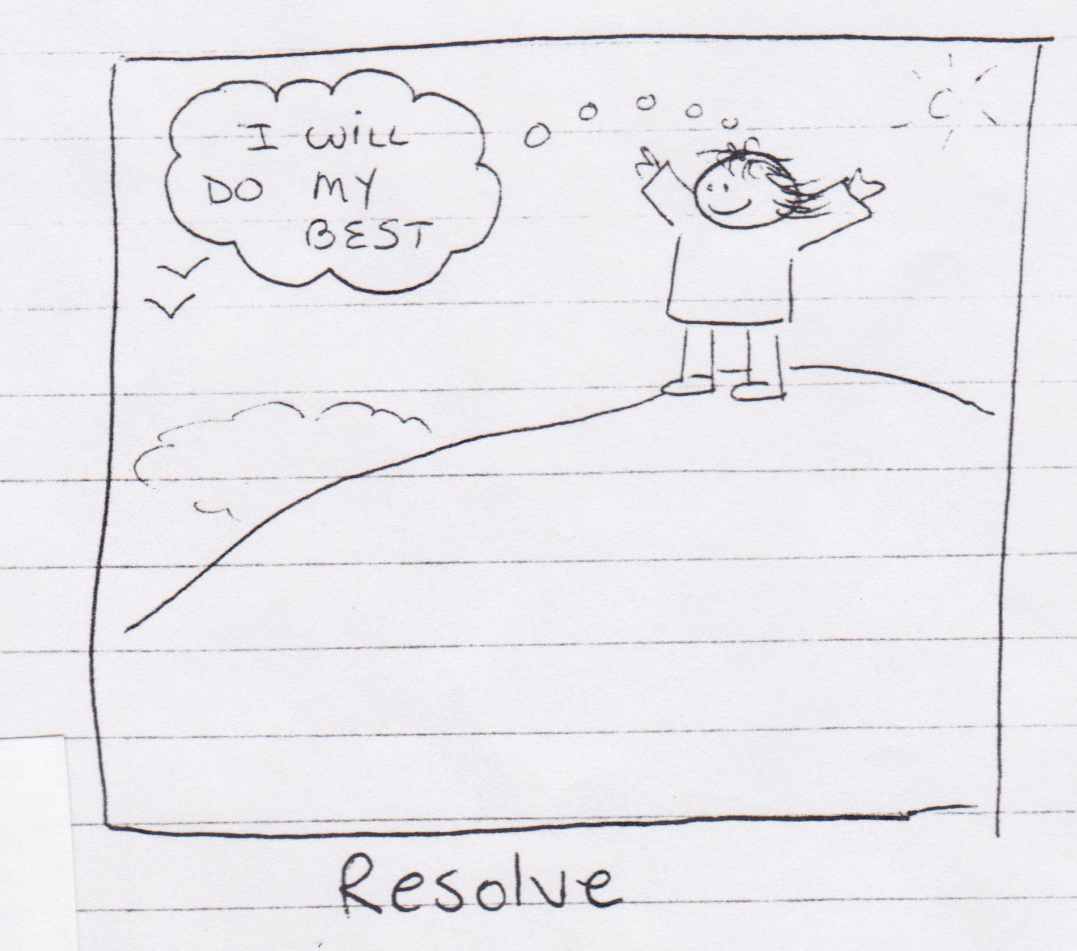 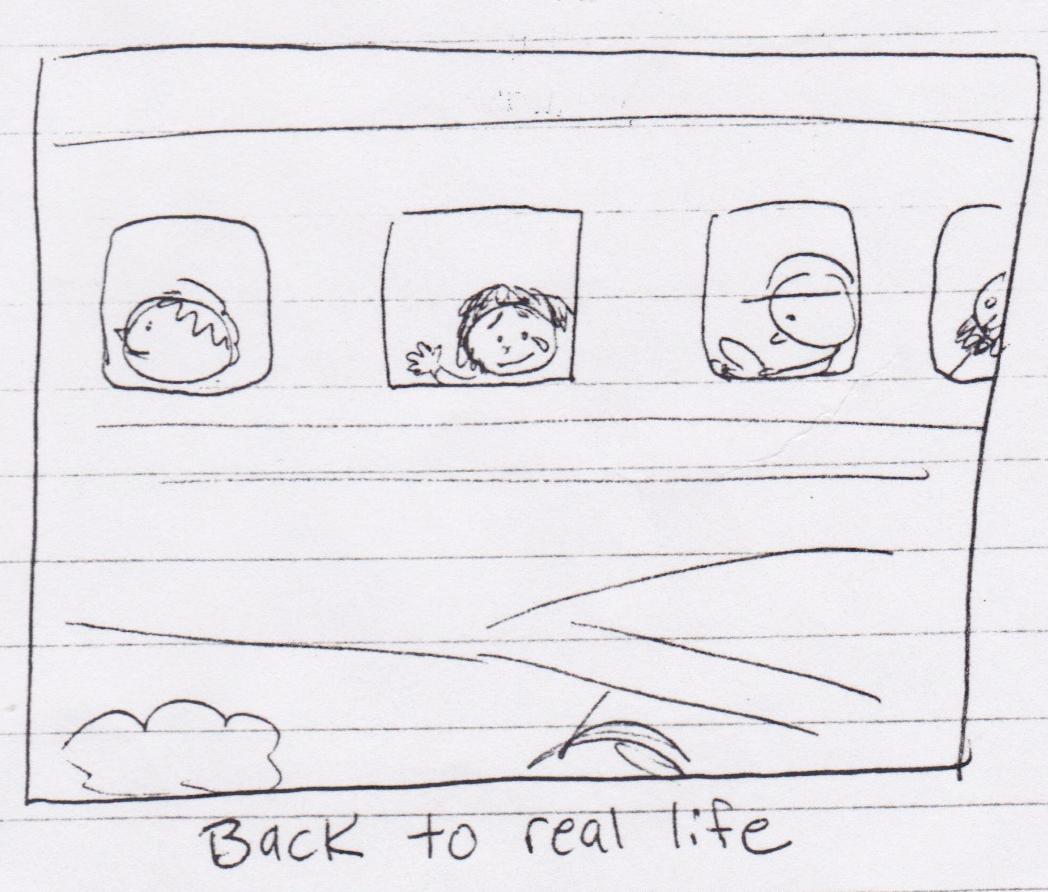