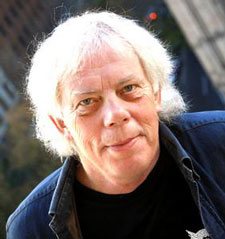 Having survived Autumn’s attempt on my life, I decided to fulfill my pledge to write up Mal Peet’s final book, The Murdstone Trilogy, A Novel. It is the tale of an aging writer, Philip Murdstone, with an award-winning history of writing realistic issue books. Murdstone has always been a man of unflinching integrity. At present, with his sales in a pronounced slump, Philip succumbs to his cynical agent’s forceful suggestion that he get with the program and write what’s popular, an epic fantasy, the very thing he detests with all his heart and soul.

Peet takes this concept further in having Murdstone’s shocking success as a fantasy novelist fueled by a Faustian engine. Philip does not exactly write the first book himself. He receives it from a denizen of an actual fantasy realm, a Greme named named Pocket Wellfair. Pocket essentially strikes an agreement to give Philip a tale of what for him is nonfiction. Murdstone transcribes Pocket’s account and then settles in for what soon becomes a tidal wave of success, both on the financial side and in the adulation and demand for a sequel departments.
The Murdstone Trilogy succeeds at being many things: a parody of young adult fantasy, a send-up of modern publishing, authoring and media in general, and a genuine dark fantasy in its own right. It succeeds at being many things because it has a very rare attribute at its core, a singularity of perspective that has no regard for consequences. 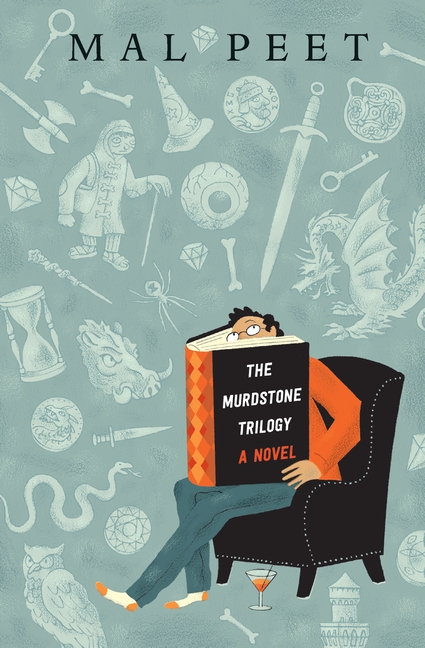 This attribute is at the core of two classic novels which Peet clearly had on his mind in writing this book. From the moment I began reading Murdstone I had a shock of recognition. The book had a tonal quality reminiscent of Evelyn Waugh’s masterpiece, The Loved One. The Loved One is a very hard book to characterize. It has a pitch-dark perspective and takes no prisoners. It is fun but not a farce, or even a book of humor of any kind. It embodies a pure cynicism which takes on an almost physical manifestation in the story: “he was carrying back… a great, shapeless chunk of experience, the artist’s load.”
I was certain that Peet was channeling The Loved One in The Murdstone Trilogy and at length he gave it a direct though subtle shout-out. (A special prize awaits the first ShelfTalker reader who can identify the shout-out by posting it below.) The other book that had a profound and deliberate influence on The Murdstone Trilogy is Thomas Mann’s Death in Venice. Though The Murdstone Trilogy shares the acid tone of The Loved One, the action of the story reflects not the hard-won experience of a young man, but rather the fall into decay of age, seeking to recapture youth, a youth that the mature character knows to be a decadent mockery. Like Death in Venice, The Murdstone Trilogy is a tale of the failure of integrity and perspective, not of its attainment.
The Murdstone Trilogy, as I mentioned earlier, succeeds at being many things. It is incredibly and consistently funny. Its skewering of fantasy tropes is second only to Diana Wynne Jones’s Tough Guide to Fantasyland, not to mention having some of the best bad fantasy names ever spoofed. Mesmira is my personal favorite. Its irony is as delicious as it is inventive, and its cast of self-serving, self-involved publishing and media types has real teeth.
One thing The Murdstone Trilogy is not, despite depicting a YA writer, and despite being published in the U.S. as YA, is a Young Adult book. It’s an adult book, and was published as such in the U.K. Still, there is an up side there. After all, not only is it an absolute tour de force, a last and uncanny treasure, an enchanted mirror that Peet has left behind, but at $18.99 it’s an unholy bargain.  Don’t miss it!