I’ve been doing a lot of frontlist buying the last month, and have noticed a lot of publishers are offering specials where buying five copies of a particular title will earn you an extra 3% discount. So, if a book would normally be purchased at 46% discount, you can get 49% on the ones the publisher is 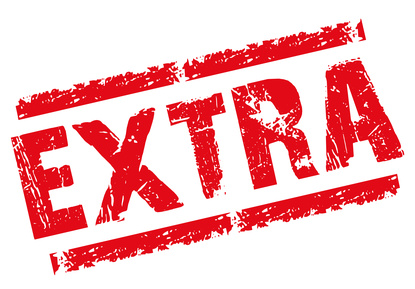 promoting. I’ve often wondered just how much of a deal this really is.

In the world of tight margins this offer seems like a good deal. The ABA usually offers a class on the 2% solution, theorizing that if bookstores could just lower their cost of goods sold an extra 2% they would be more profitable. This makes sense. The more that stores can save upfront, the better position they’ll be in to make money on each book purchase. But, what if taking a five books for an extra 3% isn’t really a deal?

Let’s take a look at one book, a $15.99 book purchase. At a standard discount of 46% it’s going to cost $8.63 per book for under five. That’s a savings of $7.36 per book. Now let’s add in an additional 3%. This brings it to $8.15 a book. A savings of 48 cents per book for the extra percentage. So, if I was buying three of something and was then persuaded to buy to two additional titles to get the extra 5%, I’d be saving just shy of a dollar a book. But the thing to remember is, by bumping up more order to five books over three, the store is going to obviously pay more for the  books and can that expenditure be justified?

The tricky part for stores to figure out is will they be able to sell the extra books. If the answer is yes, then they’ve made the right decision. But if you are reasonably only likely to sell the three, and you’ve spent $14 more to get the five book to save $2 then you’ve likely made a bad choice. The allure of extra discounts can be very hard to ignore. Everyone wants to save money in as many ways as possible, but five copies of a book can be a lot for small stores that buy conservatively. However, if a store is on the fence about four copies of a book, then bumping up your order to five might make more sense.

This is the real finesse of frontlist buying. It’s a constant guessing game of what your customers will want and what will actually sell. Five copies of a title sends the message that the store is behind a book, and that is often enough to get folks to pick it up and hopefully buy it. But, five copies of a book can be too many and then six months later you’re spending money to return the books and losing the extra savings in shipping back to the publisher.

Frontlist buyers, what are your thoughts on ordering more to get an extra 3%?

3 thoughts on “Is Five For Three a Good Deal?”