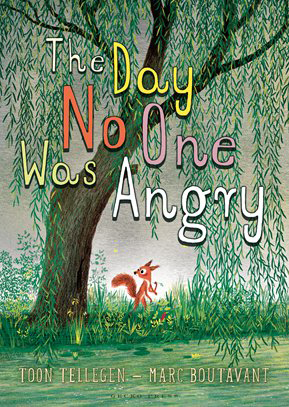 Once in a while, you’ll pick up a children’s book and know instantly it was not written (or perhaps illustrated) by anyone who grew up in this country. These books sometimes telegraph their not-United States-Americanness by having ambiguous endings, or delving into unapologetic melancholy or darkness, or taking on existential themes. I love these books, because the good ones — and I have only seen good ones, because the rest wouldn’t have made it through the import vetting process — refresh the brain like seltzer and invite us to step outside narrative habits we aren’t necessarily aware of inhabiting. They also respect the capacious nature of a child’s inquisitive, thoughtful mind.

At ALA Midwinter this January, a Gecko Press book on the Lerner table caught my eye immediately because of its retro feeling (both in palette and style) cover that reminded me of picture books I’d pore over at my grandmother’s house as a child. I also liked the title, The Day No One Was Angry. It’s always intriguing when a title pronounces itself by way of something it is not. I opened the book expecting to find a happy or at least tongue-in-cheek happy animal friendship story. Ha! Not at all.

Leafing through the pages, it became clear immediately that each of the animals in these very brief stories, from the hyrax to the elephant to the cricket to the shrew to the hippopotamus and beyond, is very angry indeed. Some are angered by their own folly — an elephant who climbs a tree despite all of the logical reasons he argues with himself for not doing so, has time for one joyful pirouette before crashing unceremoniously to the ground below. Others, like the beetle and the earthworm, don’t address the why of their fury but are so angry they scorch the very earth they’re standing on — and then, after a blazing afternoon of competitive fury, clap each other on the shoulders, satisfied with their companionable, enraged blowing-off of steam. There’s an aardvark who is only happy standing on his head, and he stays that way because standing on his legs makes him angry. He informs a squirrel acquaintance (who is bewildered by the headstand business and helps the aardvark to his feet, only to unleash a tornado) that he prefers to be happy or “the consequences are incalculable.”

The bright, affectionate art by Marc Boutavant provides a perfect counterpart to these stories. In one tale, there’s a lobster with a suitcase, a sort of traveling salesman of temper. He knocks on a mouse’s door — a mouse who, in the illustration, is happily painting a glorious outsized floral arrangement — and puts his case on the table. 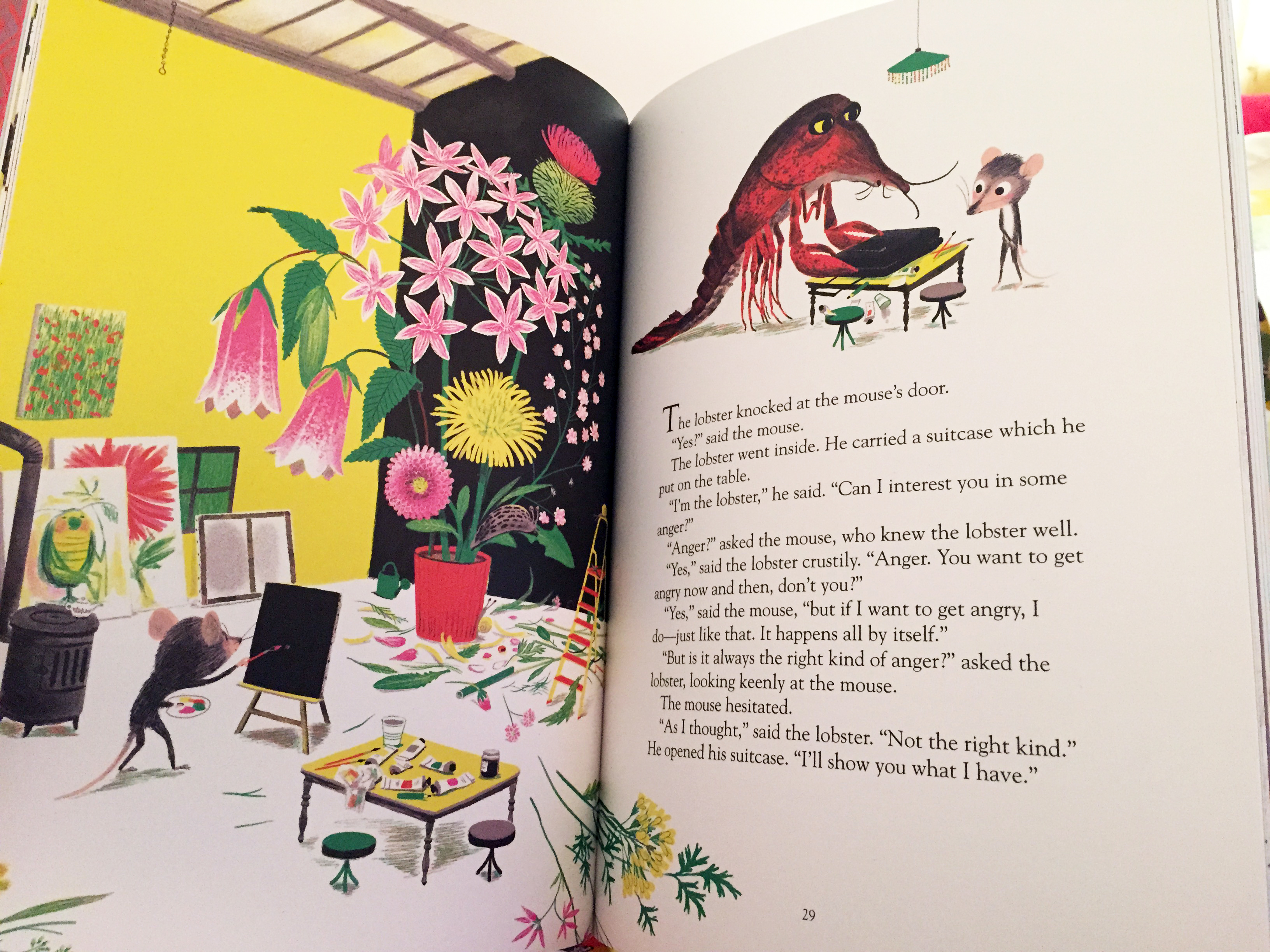 The lobster takes out an assortment of angers.

“Does anyone ever step on your toes while you’re dancing?” he asked.

“For that I have a mild anger, which leaves as quickly as it arrives,” said the lobster, showing him a thin, light-red anger. “Rather pretty,” he added.

Then, glancing at the mouse, he asked, “Have you ever forgotten to pack something when you’ve gone away?”

“I have just the thing for that,” said the lobster. A gray, wrinkled irritation billowed from the suitcase.

The lobster showed him a purple rage, a green-tinted jealousy, and a white fury.

Right at the bottom of the suitcase, the mouse saw something light blue.

“That’s not anger.” The lobster coughed. “It’s sorrow. And not for sale. But seeing as it’s you…”

“To tell the truth, it’s actually melancholy,” said the lobster, “which is deeper than sorrow.”

He handed the mouse the light blue, transparent melancholy, closed the suitcase and took himself off.

The mouse went and sat by his window. He draped the melancholy over his shoulders and stared into the distance.

It was a warm morning in early summer, with not a breath of wind. 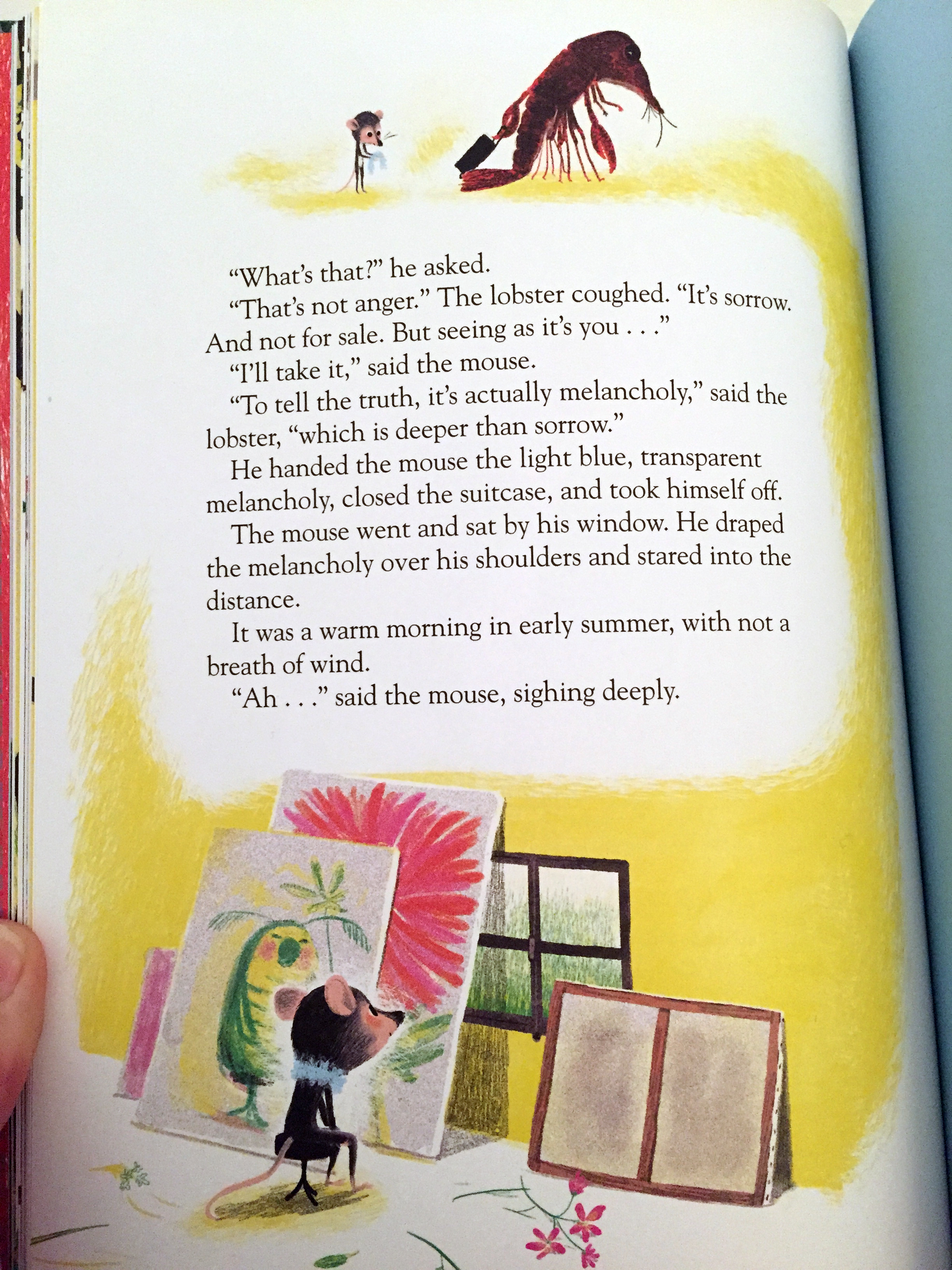 In the title story, “The Day No One Was Angry,” which comes at the end of the book, all of the creatures inexplicably find themselves without anger and aren’t sure what to do with themselves. It’s weirdly hilarious, a perfect ending to a book that invites readers to noodle around with their own relationship to anger in all of its various forms. This isn’t a book every child will gravitate to, but the ones who do will find that it lingers. Like the lovely classic, The Little Prince, this is a book unafraid of deeper emotions and ambiguities.

Sometimes Americans are afraid of diluting children’s happiness with books that touch on sorrow or anger; but what we are really afraid of is bursting the bubble of our own illusion that children are a protected class and can be shielded from the tougher things in life. Books like these allow an entry into pondering human nature, tricky relationships, and the murky territory of feelings — but in a manner that isn’t self-indulgent or wallowing, but amusing, clever, and smart.

The author, Toon Tellegen, is a Dutch writer who has made his way across the pond a few times before and was a finalist for the prestigious Hans Christian Andersen Award for fifetime achievement in children’s literature. His book, The Squirrel’s Birthday and Other Parties (Boxer Books), was a 2009 collection of animal tales whose moody quirkiness and light hand charmed American booksellers, and it was followed the next year by the equally delightful Letters to Anyone and Everyone. Both books are illustrated by Jessica Ahlberg and translated by Martin Cleaver. Prior ShelfTalker blogger, Alison Morris, wrote a fabulous blog post about these two books here. (http://blogs.publishersweekly.com/blogs/shelftalker/?p=486) I’d love to hear from some of you who share these original, different books with children and hear about some of the comments and conversations they’ve sparked. In the meantime, thanks to Gecko Press, Boxer Press, Enchanted Lion, Eerdmans, and many other fine small houses for bringing fresh viewpoints to us here. 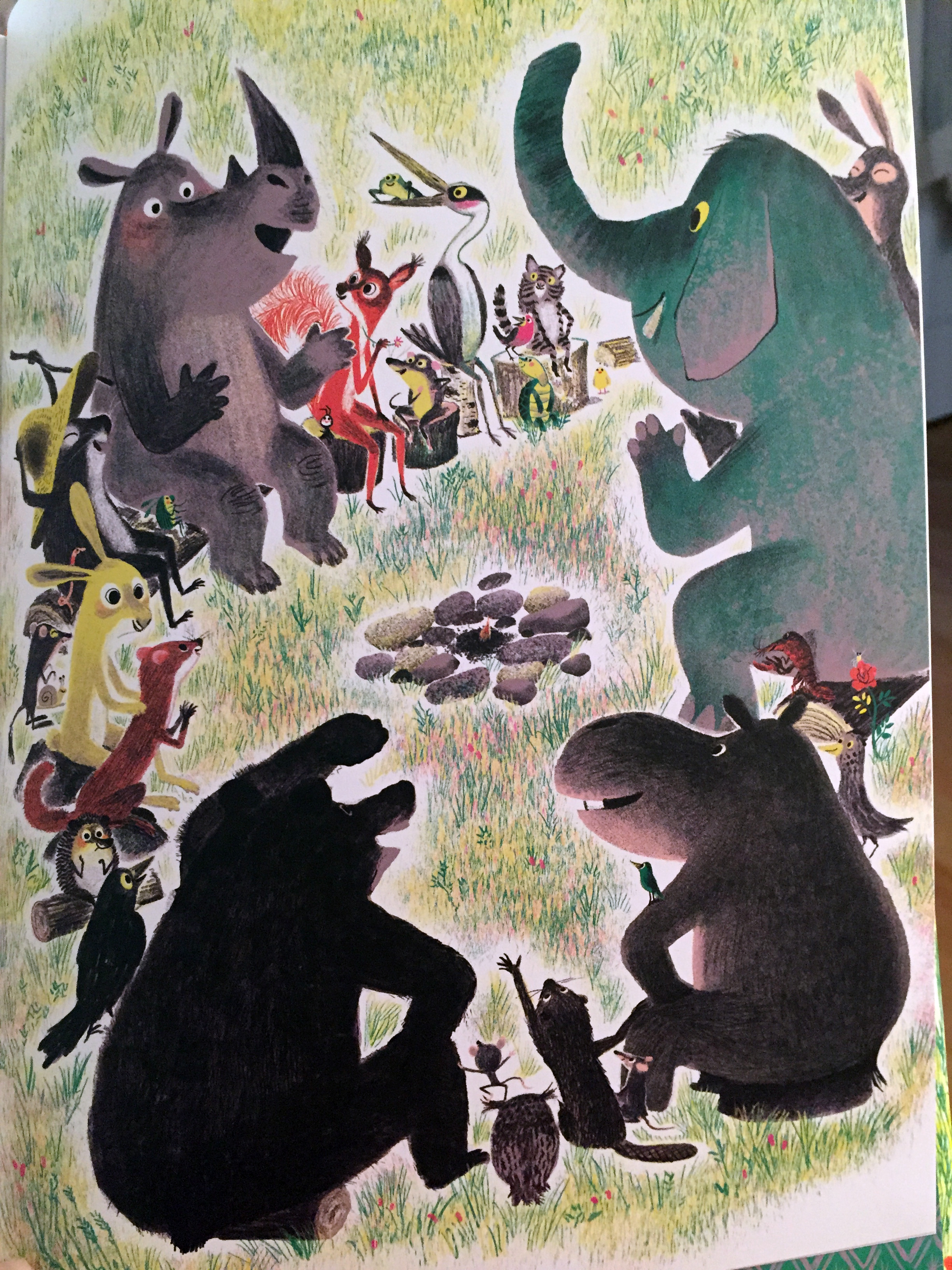