True confession: I had several pages of notes on itty-bitty paper with funny things authors said and quotes from award speeches I wanted to share with you, and those notes have vanished into the ether. I blame Mac Barnett and Jon Klassen. Because they don’t know me personally and so I can. So I may as well start off my Magical BEA Moments Part 2 with them.

At the Celebration of Bookselling & Author Awards Luncheon, there were many, many highlights: 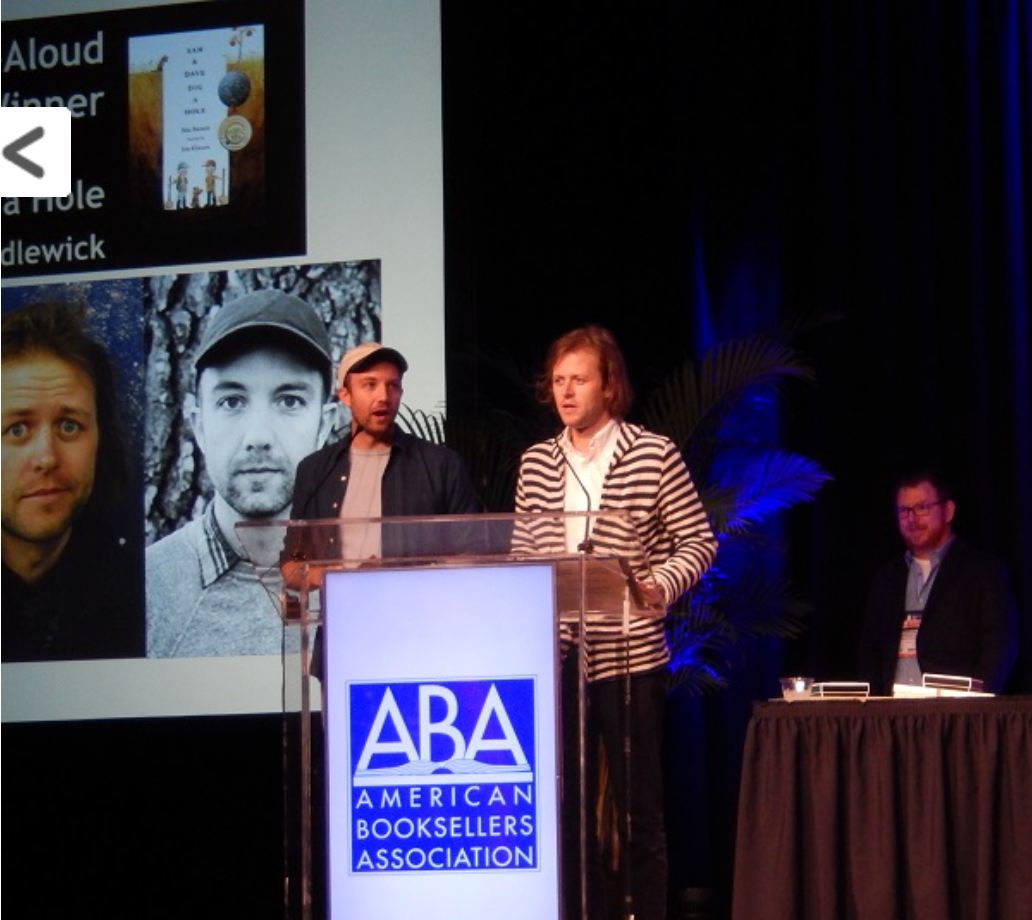 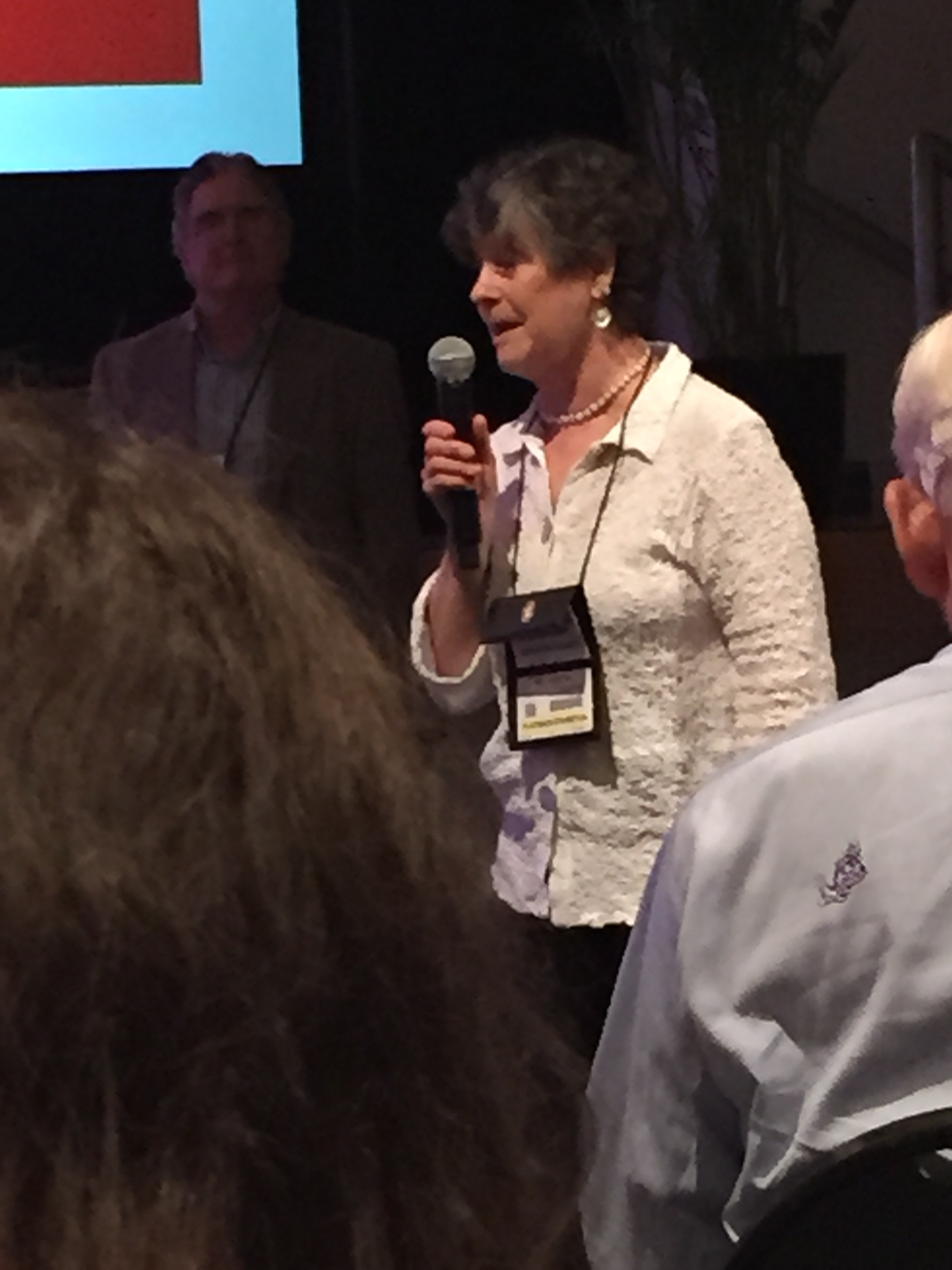 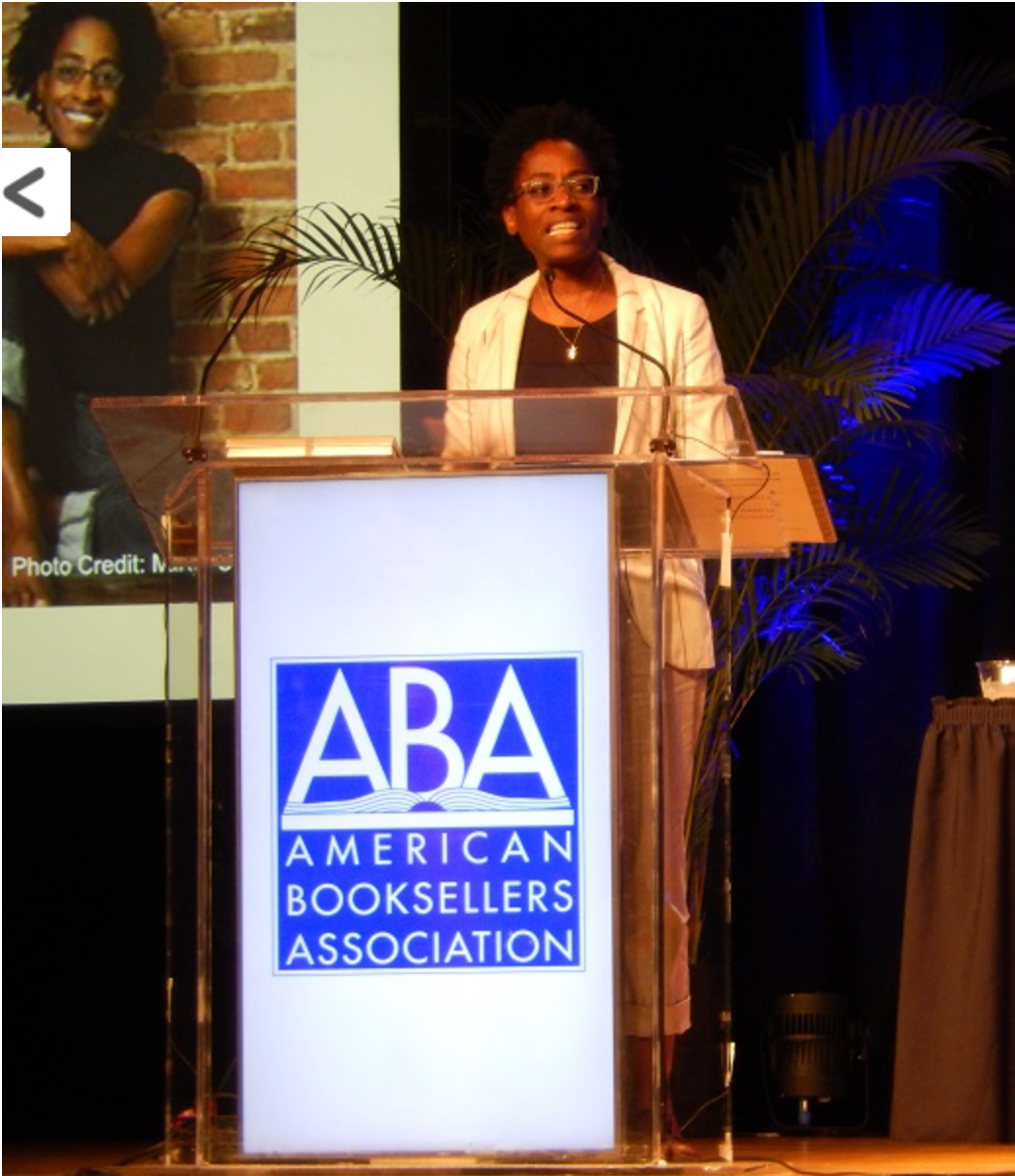 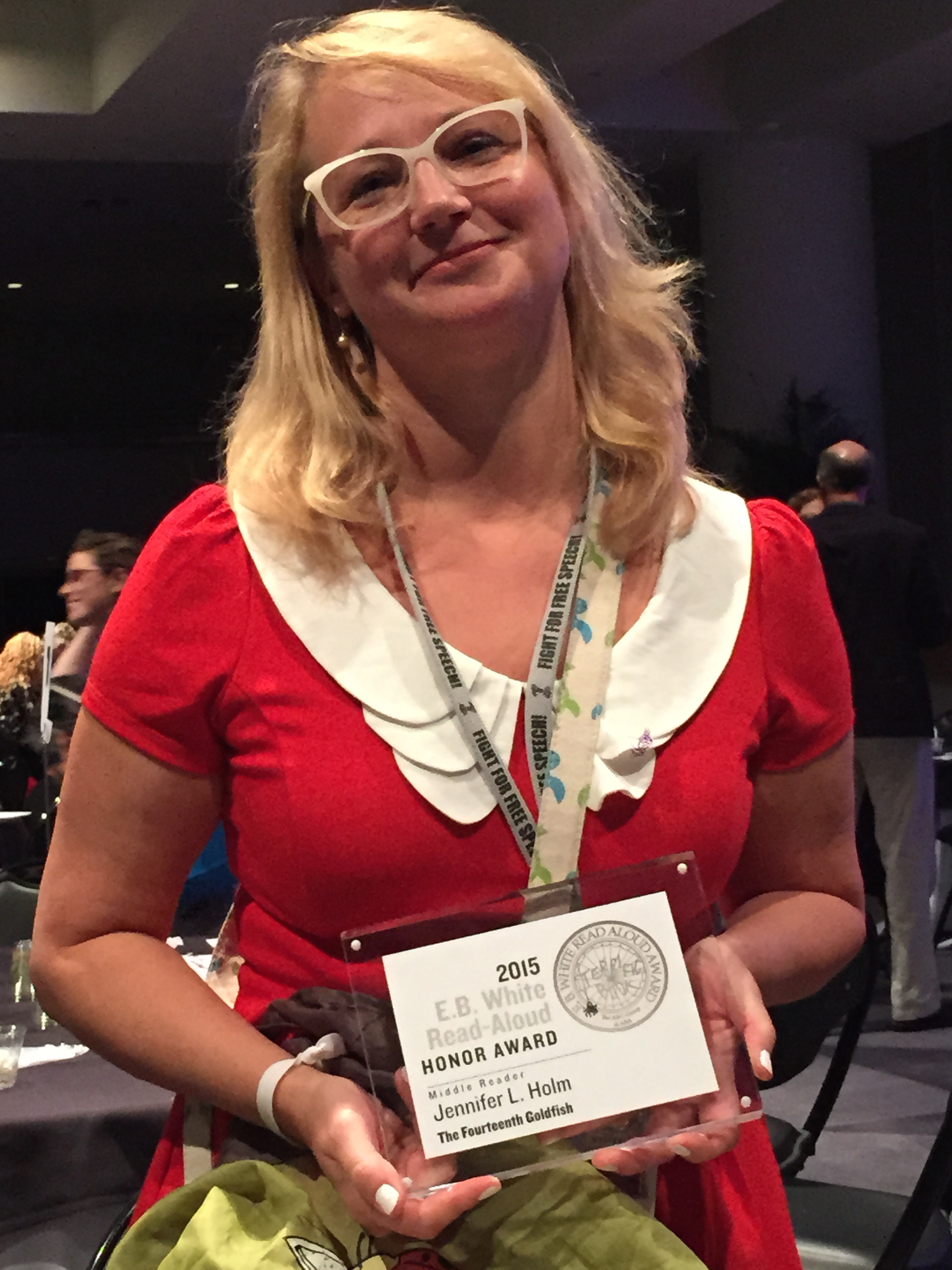 On Thursday evening, I was invited to share a most delicious (and mulitple-course) dinner at I Trulli celebrating six Candlewick Press authors: M.T. Anderson, Meg Medina, Laura Amy Schlitz, Pat Schmatz, Todd Strasser, and Maggie Thrash. Each author spoke for a few moments during the evening, and all were fabulous! I don’t think I’ve ever been to a publishing dinner that showcased such a rich variety of books, talents, and authors all in one place. From ballet dancers in Leningrad trained as hand-grenade-holding assassins in case Hitler attended their shows, to a genderqueer teen in a futuristic society, from a cheerful bilingual picture book about family love (and a parrot!) to an epic “cli-fi” (climate science fiction) that reimagines Moby Dick, from a YA graphic novel memoir about first love between two girls to a historical fiction novel about a farm girl’s life (poured into her diary) in 1911 Pennsylvania and as a hired girl in Baltimore—the books all sounded riveting. If the food hadn’t been so good, we would have ripped into our ARCs right at the table.

It was Laura Amy Schlitz’s birthday, so we even got birthday cake!

I know that Candlewick is my publisher, so I certainly could be biased, but I don’t need to be because their books are always exceptionally well written, beautifully made, and thoughtfully brought into this world. (Furthermore, I was wearing my bookselling hat so thoroughly at this dinner that I even forgot to mention at our around-the-table self-introductions that I was also a Candlewick author. Eep.)

This post is getting lengthy, so the Speed Dating extravaganza highlights will have to wait (and perhaps I will find my notes by then!).

I will leave you simply with Josie’s encounter with Brené Brown, TED Talk speaker extraordinaire and author of wildly popular and useful books about the nature of human connection and engagement. Brené was signing the ARC of her upcoming book, Rising Strong, and Josie and I had camped out for a while to get our ticket for the in-booth autographing line. And I want to go out of my way to thank the incredibly helpful, kind Spiegel & Grau staff members who helped all of us navigate the somewhat confusing line process. They were so much friendlier than line attendants/shepherds generally are (especially the practically armed guards protecting one celebrity author, whose signing was held at the unfortunate juncture of the main entrance to the publishing booth; booksellers who weren’t getting autographs, simply trying to pass by and enter the booth passage a few feet away from the table, were treated a little like terrorists; oy). Anyhow, thanks, Spiegel & Grau!

Back to Brené: she was sparkly and friendly and bright in all the ways you would expect, and Josie—those of you who know her will not be surprised—mentioned how much she appreciated Brené’s books. “They’re great!” she exclaimed. “And I can’t tell you how many friends of mine are no longer a**h****s because of you!” The unflappable Ms. Brown didn’t miss a beat. “I’m an a**h*** reformer,” she said, smiling. “I’ll take that!” 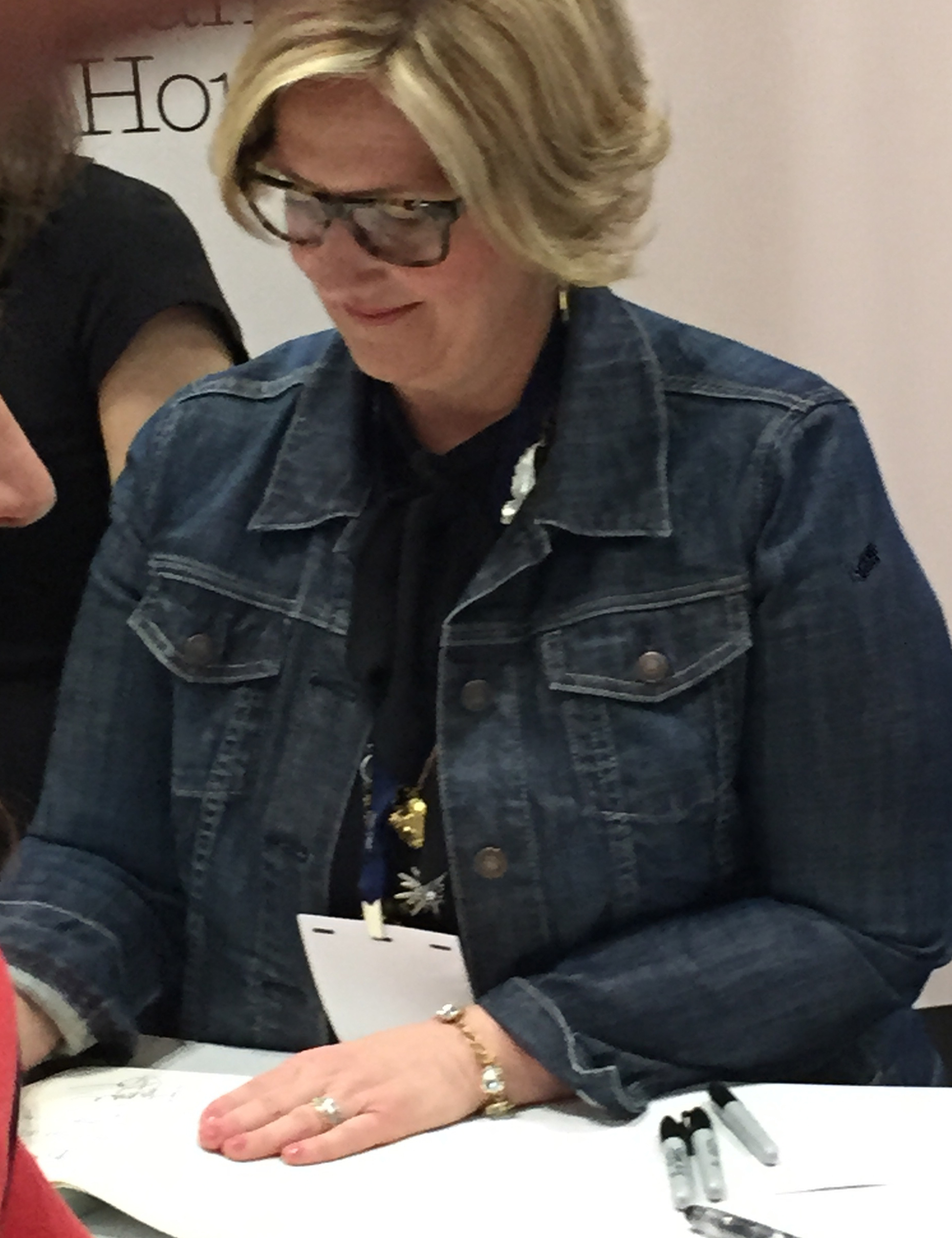