I had such a great time with so many authors and artists at BEA, and wanted to share some of the best moments with you all: 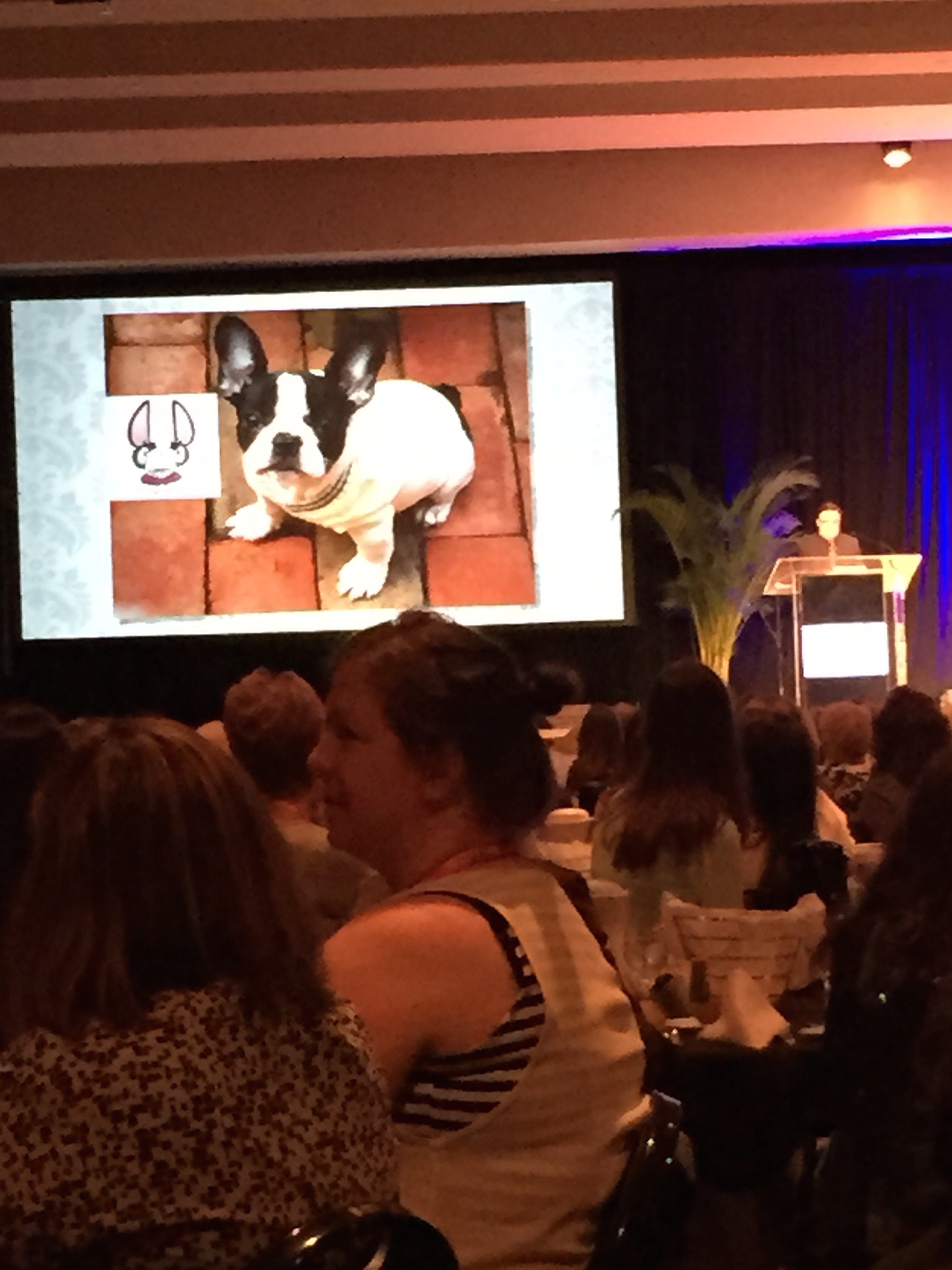 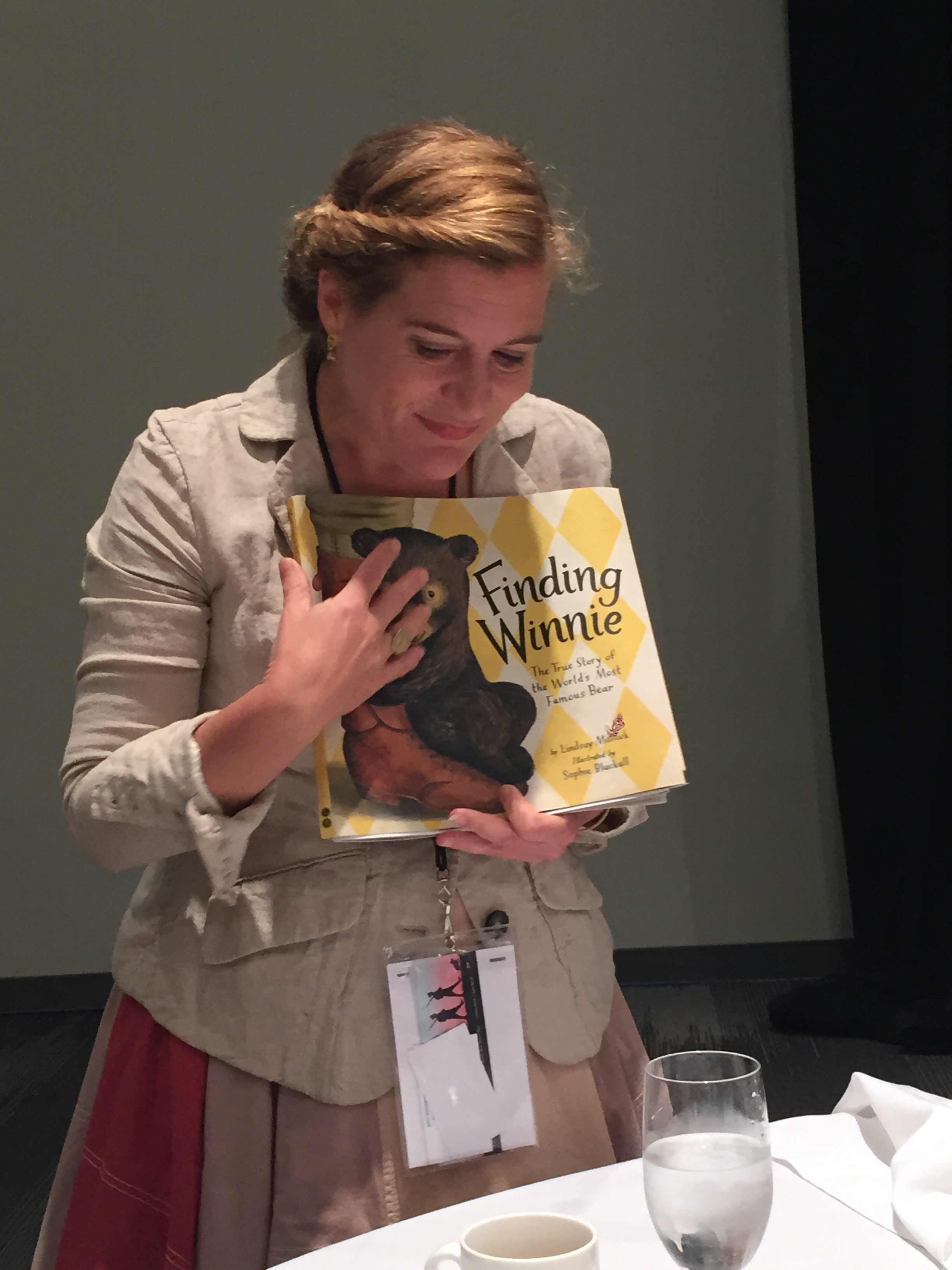 Next, I moved to Sophie Blackall’s table, where she wowed us with the wild true history of the little real bear that inspired Winnie the Pooh. It involves a young soldier, a baby bear cub who managed to charm a regiment of Canadian soldiers, the London Zoo, and Christopher Robin. It’s all true; we saw photos! Finding Winnie is lovely and so perfectly executed, as a story within a story that packs a wonderful surprise at the end. Kids will love this book! I got a little teary at the table, I admit. (Side observation: Sophie is so Kate Winslet-esque they should do a separated-twins movie together. Just my opinion, but I think it would be a smash.) 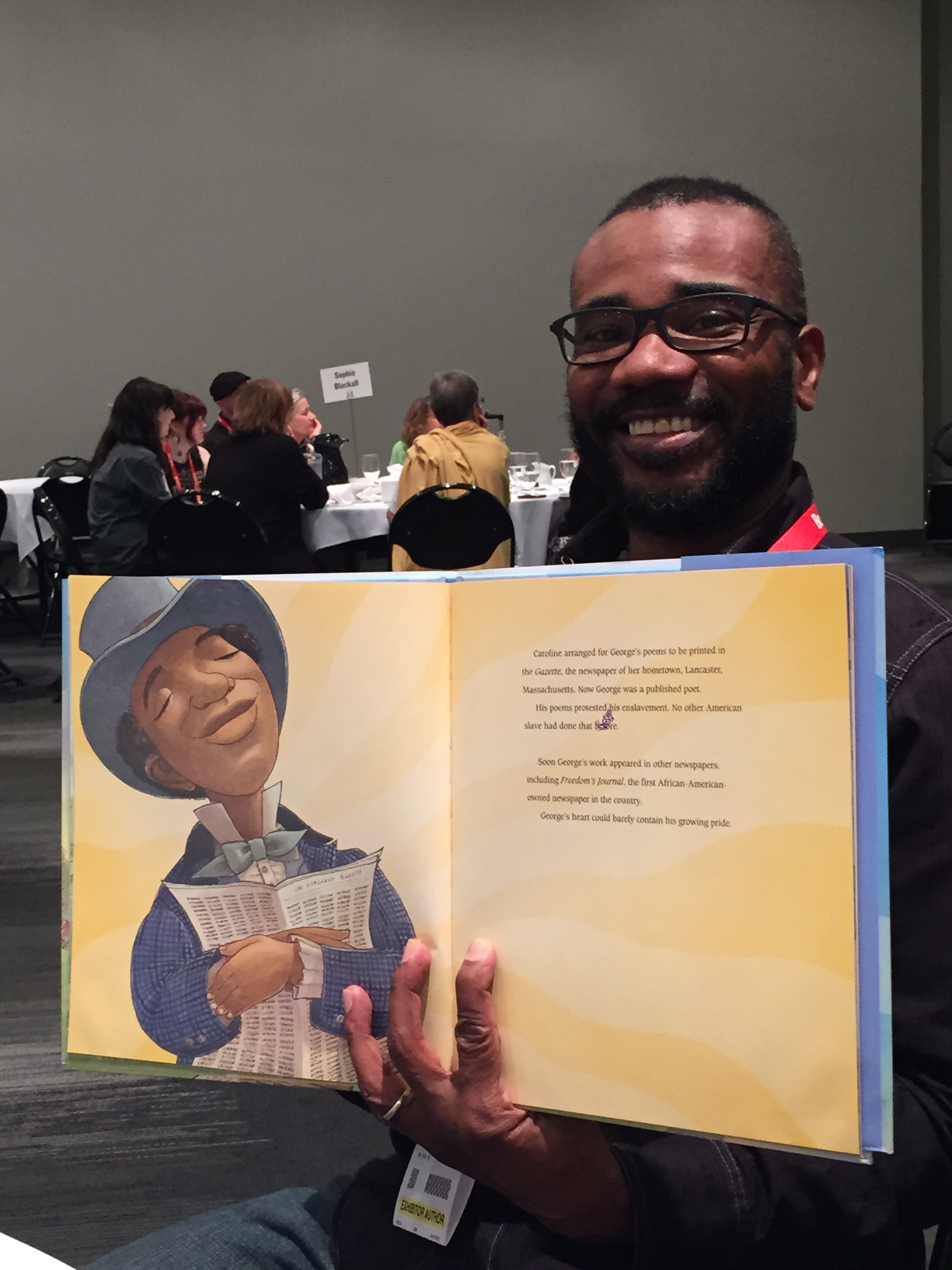 My final rotation at the tea was with Don Tate, who is my age but looks at least 20 years younger. He likely has an aging portrait hidden in a closet at home, but the art he shared with us was from his upcoming picture book biography, Poet: The Remarkable Story of George Moses Horton. The title doesn’t lie — this book is one more example of how many amazing stories our nation’s history contains that need to be told!  Born into slavery, young George Horton was determined to learn how to read. He loved words, and grew up to become a poet. The white slaveholder would not free Horton, but did let him spend time in Chapel Hill, where university students hired him to write poems to their girlfriends and where Horton wrote eloquent verse about the pain of slavery and oppression. In this image, Horton is holding his first published work, and Tate does the loveliest job of capturing the satisfaction and joy of having at least one of your deepest dreams come true.

Coming up in more Magical Moments this week: a delicious and delirious dinner with six Candlewick authors, what Brene Brown said to Josie, a great speech from Jackie Woodson, hilarity from Mac Barnett and Jon Klassen, charm from Jennifer L. Holm, and 17 awesome speed-dating authors. Plus, some requests I have for the American Booksellers Association.

One thought on “Magical Moments at BEA — Part 1”