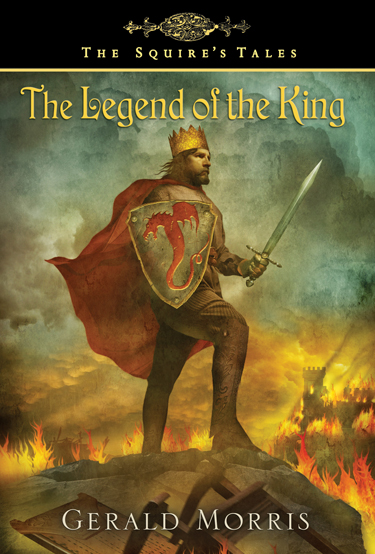 I sometimes think that writers who have carved out their own special niche are somehow bypassed by awards committees. How is it that a sparkling talent like Gerald Morris has never won a Newbery or Printz Award or Honor for his nearly flawless retellings of King Arthur legends? He’s made the Best Books for Young Adults lists a few times, and has been on state award master lists, but someone this consistently good should be as widely known and heralded and read by kids as, say, Susan Cooper, whose genius has been critically noted and rewarded, and Rick Riordan, an author whose books I also love and who has been discovered by the wider public.

Gerald Morris is a comfortable master of storytelling. You know you’re in excellent hands from the first sentence of every book, the way you do with writers like Richard Peck and Lloyd Alexander. Morris makes Arthurian legends funny and full of freshness and life while staying true to their origins; he makes structure and pacing seem effortless; and his language is delightful and rich without being at all precious. The characters are so well drawn, so wonderfully and warmly rendered, that they come to feel like old friends. Above all, Morris has a lighthanded playfulness and clarity of expression that are marvelous to read, in a moral framework that inspires integrity, honor, honesty, kindness, and effort, while gently acknowledging human frailty and celebrating joy and redemption. Not too shabby.
His books usually earn 9+’s on my own personal 1-10 scale and have even earned that rare and wonderful thing, the perfect 10 (The Savage Damsel and the Dwarf, for instance, is one of the 10s).
I am not the only fan, of course. Many, many people have discovered these books via passionate booksellers (and teachers and librarians and parents, etc.). They are easy handsells* and 100% loved by whole families of customers. I’ve never met a single reader who wasn’t delighted and enriched by reading the Squire’s Tales series. That is no simple feat, my friends, and I can’t help wondering what on earth keeps this writer from winning major national awards?! How many authors are that consistently good, book after book? And yet … no gold.
I secretly hoped January 2011 might herald the Year of Gerald Morris, that he might take home a shiny medal, especially because, with little fanfare or public grieving, the Squire’s Tales series was brought to conclusion in 2010 with its 10th and final volume, The Legend of the King. Gerald Morris is one of the great American storytellers, and by gum, he deserves a great big old thank you for adding so richly to children’s literature. 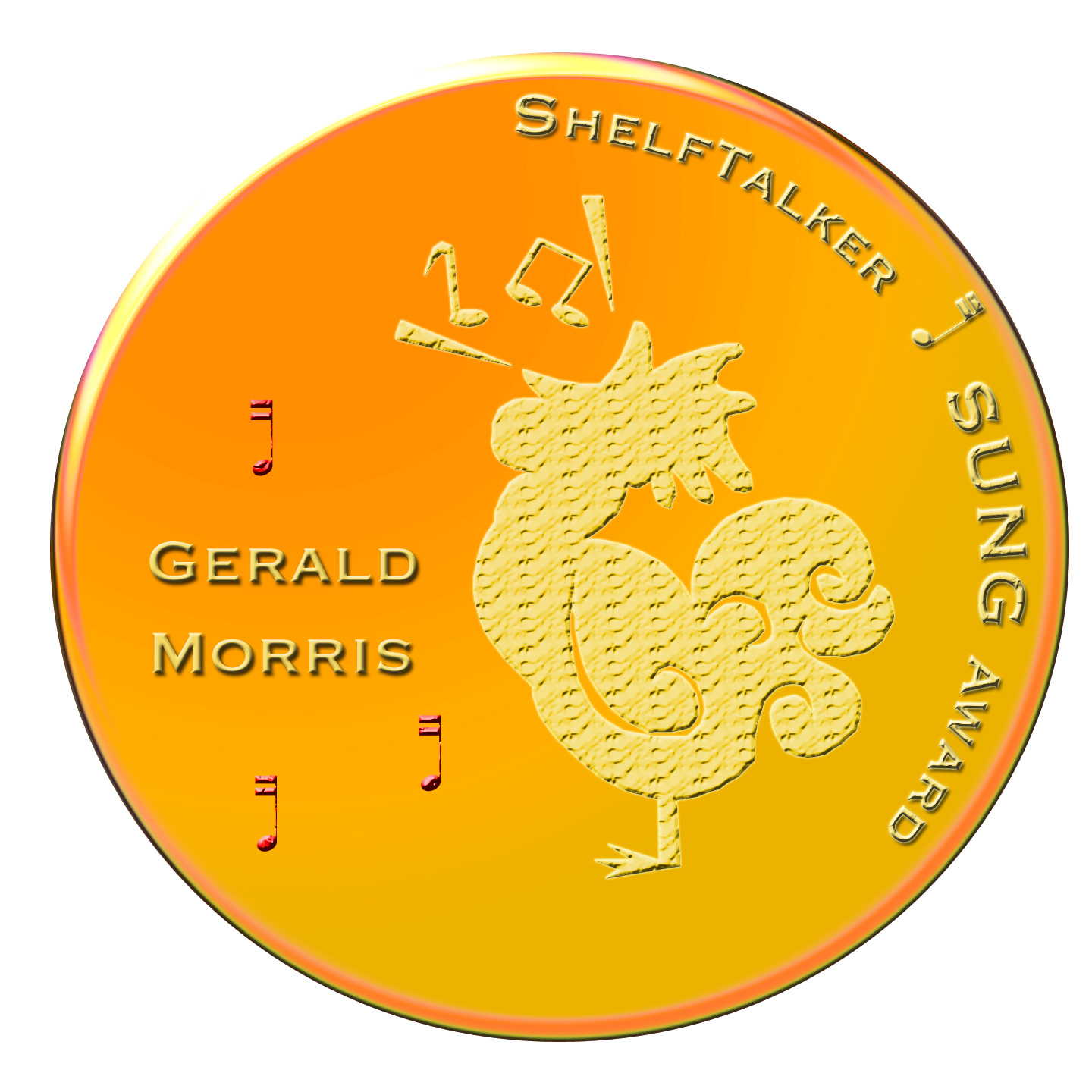 So — I am now awarding Gerald Morris the first ShelfTalker SUNG Award (short for Saluting Undersung Neglected Geniuses). Release the bards and raise your voices!
Mr. Morris himself would likely be modest and embarrassed to be singled out for this kind of attention. According to everything I’ve read, he writes children’s books for the love of it and to support his other life as a minister. Here’s a great tidbit from the autobiographical note I found on the Children’s Literature Network’s website, which in turn credits the original source: “An earlier form of this autobiographical essay appears in the Ninth Book of Junior Authors and Illustrators, edited by Connie C. Rockman, and published by H.W. Wilson in 2004.” Mr. Morris says:

“Now I am a part-time associate pastor in a Methodist church in Wausau, Wisconsin, writing children’s novels to support my ministry habit. Often the people I meet in one of my worlds are shocked to hear about my other. Literary people who find out I’m a minister are frequently astonished. (“How interesting!” they say doubtfully, as if they had just discovered that I lived entirely on a diet of worms.) On the other hand, many church people disapprove of my novels, which are full of sorcery and beheadings and fairies and elves and other things that you hardly ever find in Sunday School literature. I’m not what anyone in any of my worlds expects me to be.”

I love that.
And I love these books. Please feel free to share your own Gerald Morris affection, and herald your own undersung heroes of children’s literature.
P.S. 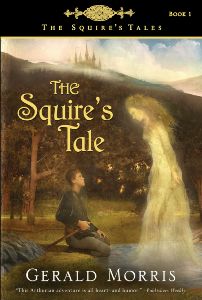 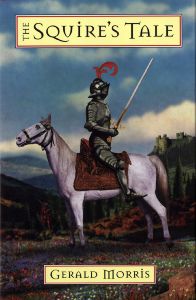 * About the handselling asterisk: the books are easy handsells as long as you don’t start off by showing kids the covers. They used to have art that indicated the books’ high adventure and hearty humor. The series look was redesigned and now features muted covers (whose black spines are difficult to differentiate among on the shelves, especially with the subtle font color) that—while handsome—often project an ethereal, sometimes melancholy tone. (The latest volume’s cover, The Legend of the King, suits the story well, I must say.) Boys often resist the first book because it looks too romantic and passive. The original version, with the knight sitting backward on his horse, was truer to the spirit of the book, and I keep a hardcover on hand at all times to show kids considering the series. Works like a charm. You only need to handsell the first one, anyway; after that, the readers come back for more and couldn’t care less what the covers look like.