I’ve always wished we could afford to give away books for Halloween. I suppose it’s possible for booksellers to give away extra ARCs past their pub dates, but in neighborhoods that receive hundreds of trick-or-treaters, that’s not really feasible, and besides, we want kids to take their time choosing a book. Running door to door doesn’t really foster mindful pondering. However, one of our customers has found a beautiful way to share the magic of words and imagination on Halloween night.

Kristin is a sort of magical person anyway — a graceful, kind, deeply thoughtful and calm person who always brings light into the store with her. I suspect if you told little children (and many adults) that Kristin was half-faerie, half-human, they would believe it, no questions asked. She just has that fey sparkle about her.

Last week, Kristin was uncharacteristically hurried when she came in to pick up a book. She was rushing, she said, because she needed to get home to prepare more Halloween treats. She’s recently moved to a neighborhood where each house gets 500 (!) trick-or-treaters. That is a LOT of treats to gather, and though Kristin will have traditional candy to offer kids, she is also creating a marvelous non-food treat for them, too: Dream Tickets. 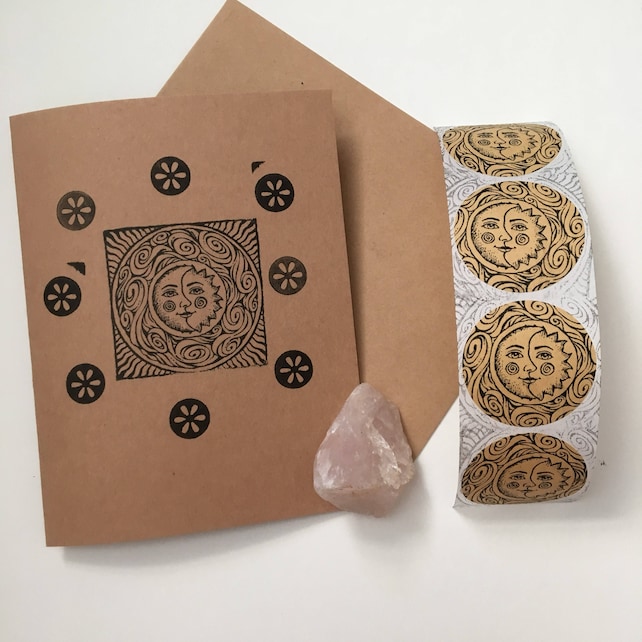 This isn’t an actual photo of Kristin’s Dream Tickets, but it’s what I imagine they might look like. (Image found at MelDArtStudio on Etsy. Click the pic to visit their site.)

Kristin cut out hundreds of little 2″ x 2″ cards and is rubber-stamping a mysterious moon on one side and writing a Dream Ticket—500 unique ones!—on the other. A child might find an adventure, or a superpower, on these tickets, but not the kind they’d expect. These aren’t garden-variety powers like invisibility or super-strength, but possibilities that open the imagination in delightful and gentle ways.

Children might pick cards that grant them the ability to:

Kristin is dreaming up and gathering hundreds of these. Sadly, I have misplaced a long list she shared with me. I maintain that the faeries must have taken it, not wanting to give up all their secrets. 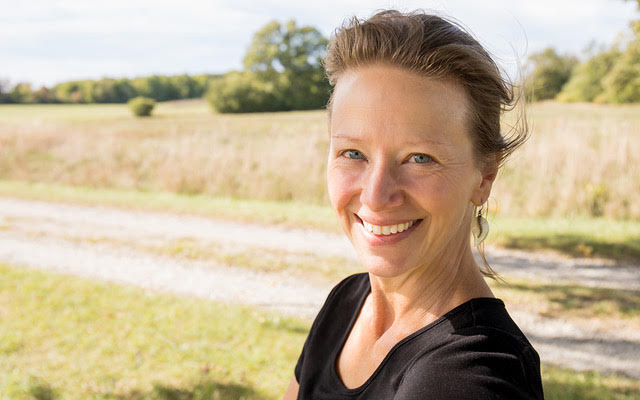 Kristin of the Dream Tickets (photo by Natalie Stultz)

With her Dream Tickets, Kristin’s house would also qualify for a Teal Pumpkin. I hadn’t heard of this project until recently; it was started several years ago by FARE (Food Allergy Research & Education) in an attempt to make Halloween fun for kids with food allergies, diabetes, and other food-related sensitivities. Imagine being a child, out trick-or-treating with a bunch of friends who are out-of-their-minds excited about the heavy bags filled with candy they’ve collected—but you’re allergic to nuts, or eggs, or chocolate, or you can’t eat sugary candy because you’re diabetic, so you have to pretend you’re having as much fun as everyone else. But you can’t eat most of what you collect, and you can’t engage in the best (according to me) part of Halloween—high-stakes candy trading with friends and siblings—and you feel like no one cares that you can’t participate the way other kids do.

In addition to helping out kids with food intolerances, the Teal Pumpkin Project also helps foster empathy among other kids. A passage from a USA Today article about the project struck me as particularly thoughtful:

“But Natalie Wilensky of Chevy Chase Village, Md., says the main reason she puts out a teal pumpkin — and thinks of children with food restrictions when she bakes a birthday cake or takes a treat to school — is to teach her unaffected son Jacob, 7, to think of others.

‘I want to teach him kindness and empathy and compassion for other kids,’ she says.

“Tracy Amin of Seattle also wanted to build empathy in her children when she hosted a teal-pumpkin painting party and promoted the idea in her neighborhood last year. This year, daughter Preston, 7, and son Tanner, 4, who have no food restrictions, offered to make finger puppets to give out to trick-or-treaters.”

Isn’t that a great idea? Dream Tickets and child-crafted finger puppets — those are Halloween treats even I, chocolate fiend that I am, can get behind.

Thanks, Kristin! And thanks, FARE!