In marches all across the country children’s booksellers were on the move this weekend to demand gun control to stem our nation’s epidemic of gun violence. Saturday’s March for Our Lives demonstrations, organized by students, included among their ranks booksellers and other members of the kid lit community, many organized to march together by authors Raina Telgemeier and Jenny Han under the banner of Kid Lit Marches for Kids. In addition to helping organizing groups to march together, Telgemeier designed art for posters and banners to carry. Several other talented illustrators also designed artwork for the march, making files available online for free download. Here are some photos that colleagues shared with me over the weekend. 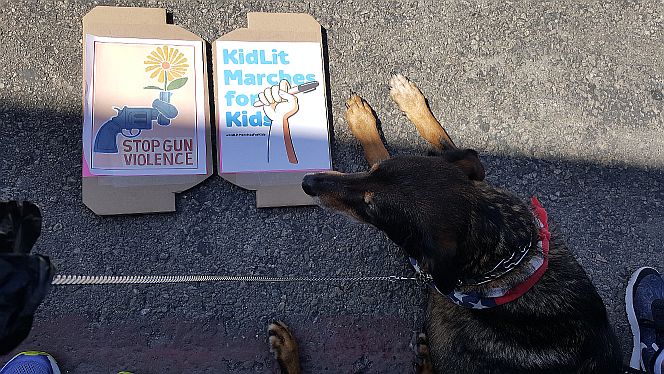 Designs donated for march signs by Dan Santat (left) and Raina Telgemeier (center). On the right is canine marcher Eli.

Author April Halprin Wayland holds a Kidlit Marches for Kids sign designed by Telgemeier and a fellow marcher holds a poster of Dan Santat’s art created for this cause.
April says that Santat’s design brings to mind Kent State. They marched in Manhattan Beach with more than 5,000 neighbors.
Above, April’s dog Eli is tuckered out after all that marching. 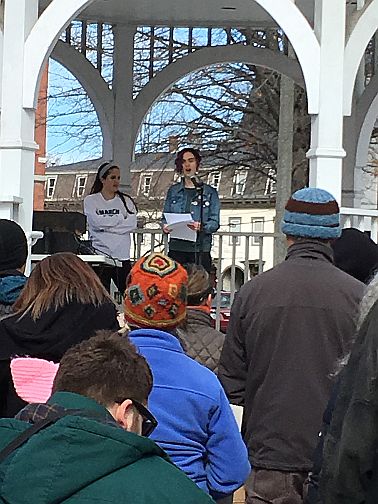 estimates there were over 250 marchers at the demonstration in Keene. Pat shows off her march sign and shares a photo of the stage where a student is reading a poem next to a march organizer. The March for Our Lives movement, including the march in Washington D.C. and sister marches all around the country, were organized by students. It was so inspiring to see these young people speaking at rallies, sharing their personal stories, and leading the way for all of us to create a safer world by doing some serious community organizing and working to get out the vote. 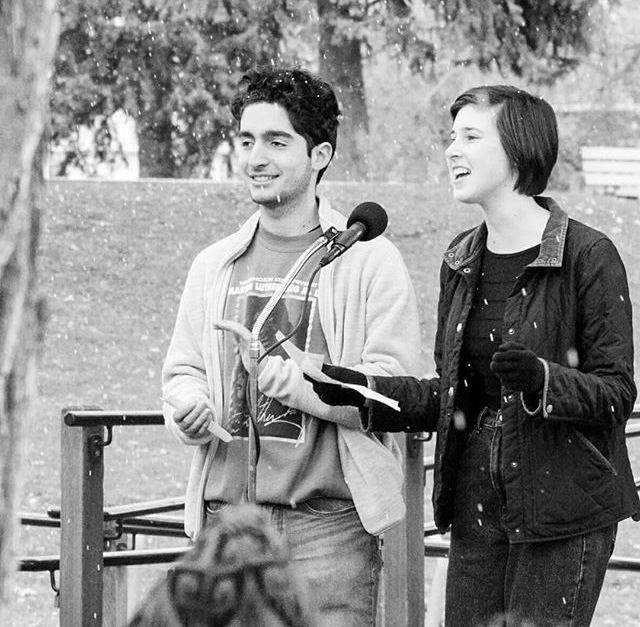 Carol Price at BookPeople of Moscow in Idaho shares this wonderful photo of teenage bookstore employee Emma Seckington, pictured here. Emma helped organize Moscow’s March for Our Lives event and was one of the emcees. Carol says, “I’m so proud of Emma! And I let her off work early so she’d get to the march on time.” Another teen staffer helped Emma haul signs to the March, which Carol says had an impressive turnout. It was also one of many marches around the country taking place in snow or rain. 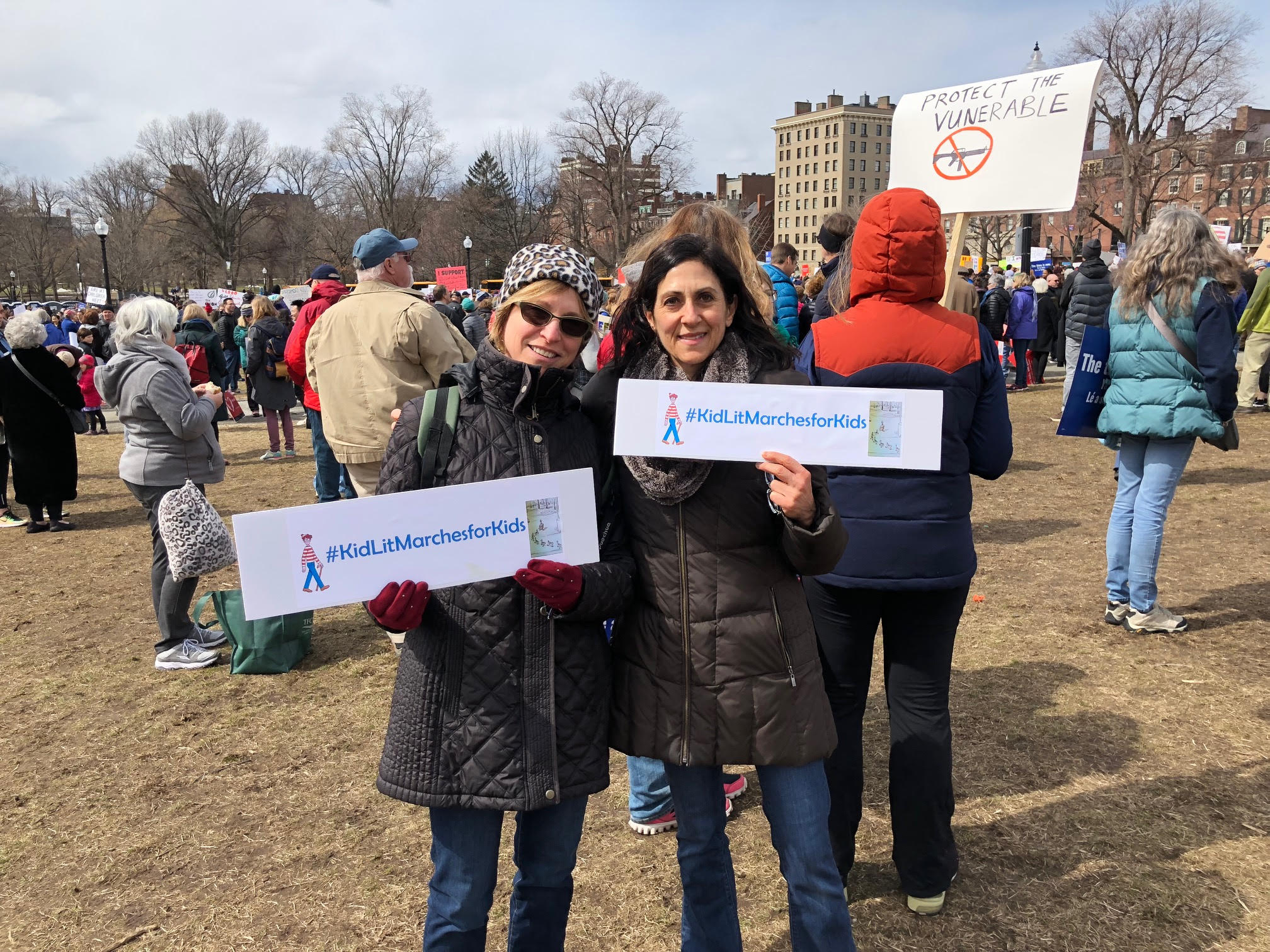 Rounding out today’s photo gallery is a shot from the Boston rally. On the right is Elise Supovitz, executive director of independent sales at Candlewick. To her left is Susie Albert, New England field rep for Penguin Young Readers. Their signs feature a familiar character who always seems to be in the middle of a crowd.
And here’s a clearer look at a few of the great designs donated for use in the marches by kidlit illustrators: 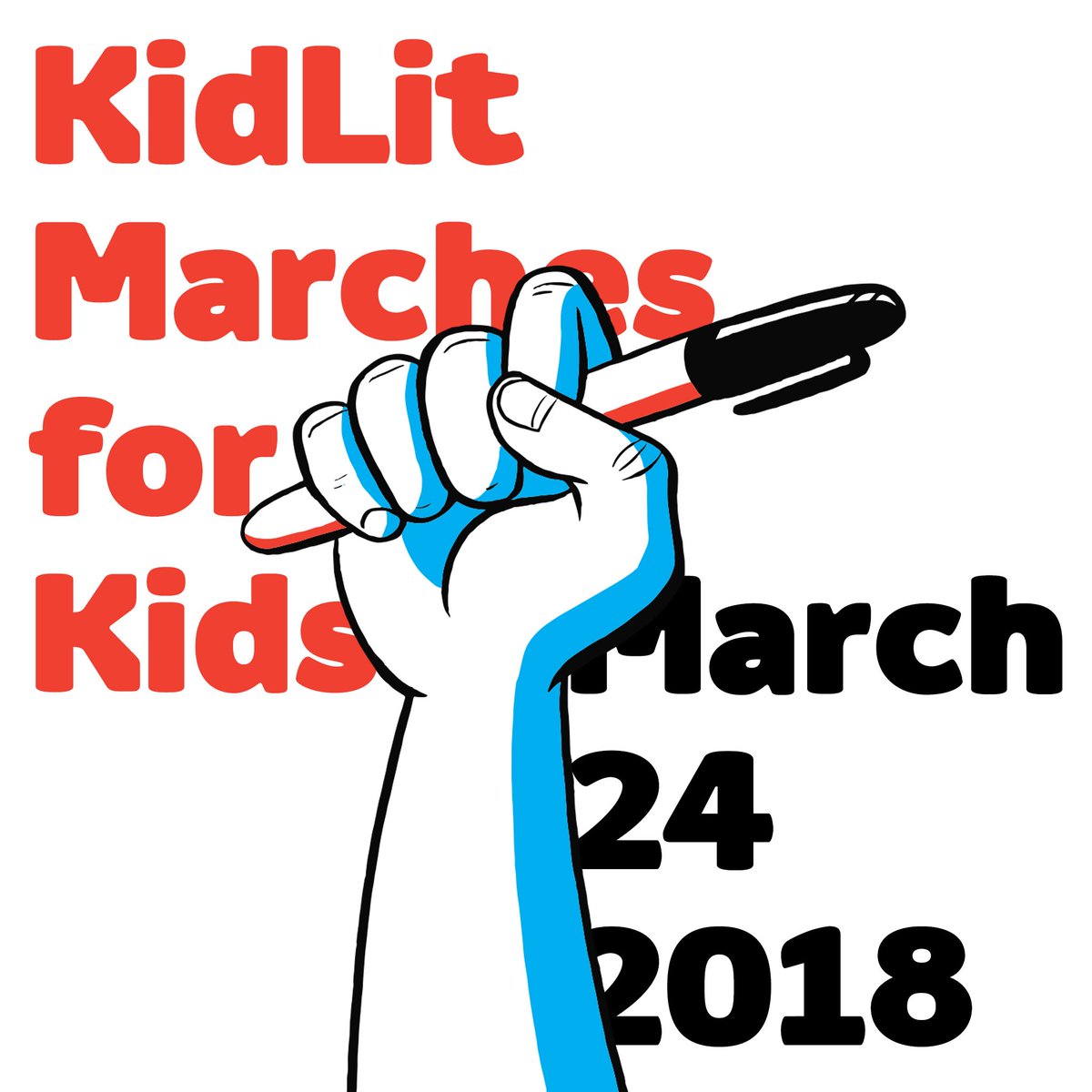 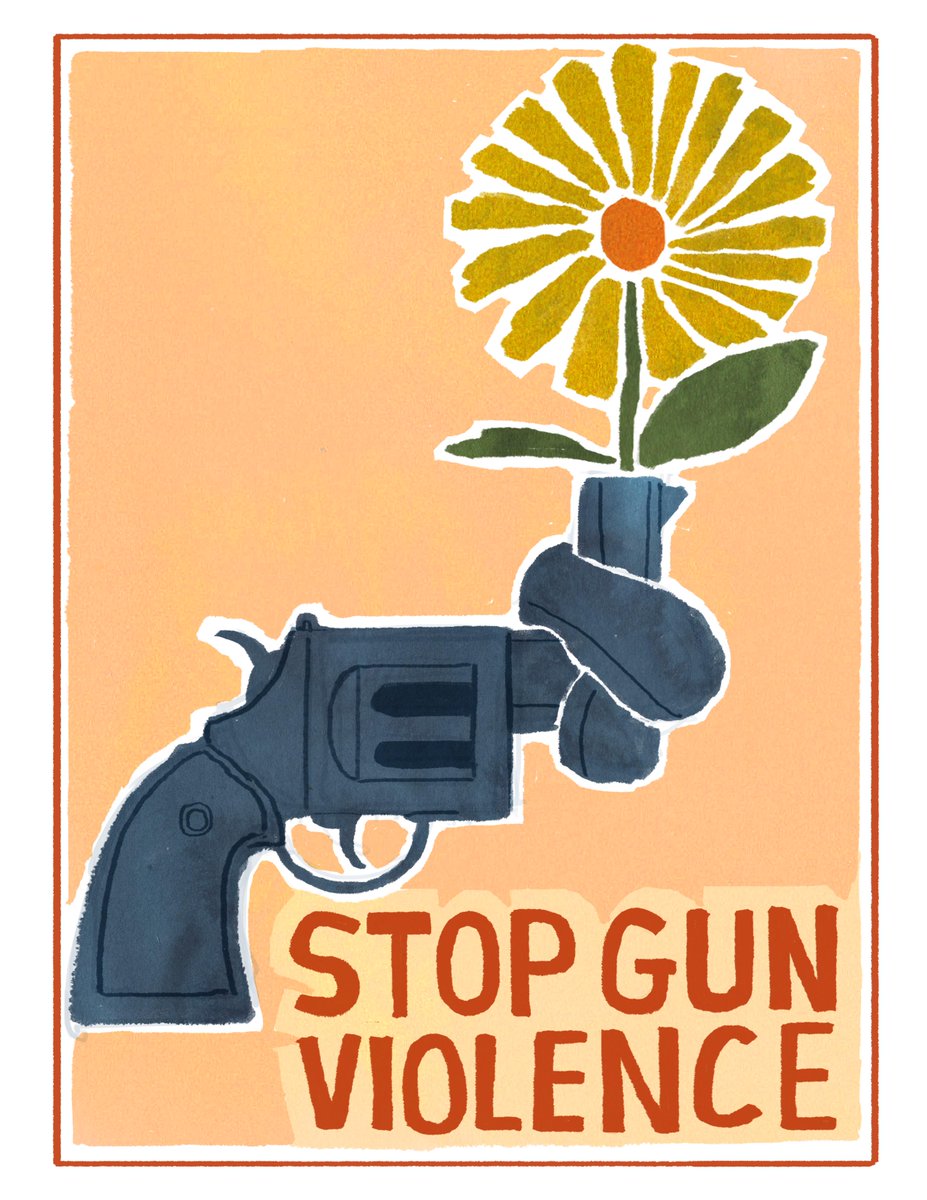 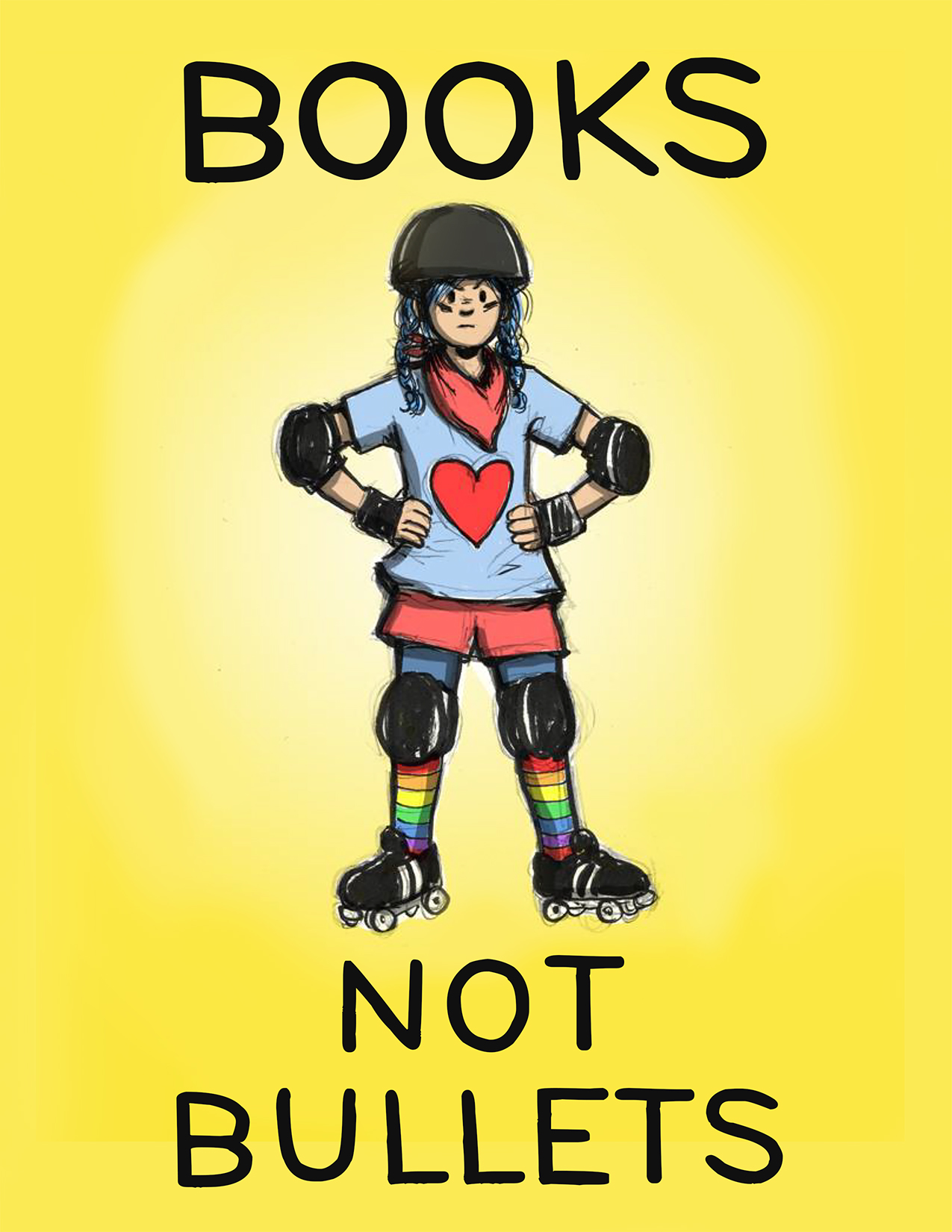