As some of you may know Judith Rosen is retiring from being PW’s bookselling editor following her reports on the just concluded Winter Institute 12. I have long considered Judith a good friend but I am afraid that I must report that a dark side of her professional character revealed itself here in Minneapolis.
You might think, in the context of all the pressing issues of social justice and inclusion in the bookselling community that came into focus during the conference, that Judith would have elevated her personal focus. As it turned out, despite doing a stellar job of reporting on the conference, she exhibited a competitive nature towards me personally that was truly shocking. It was almost as though she were determined to not only highlight the fact that she was a professional journalist while I was an amateur hack, but to prevent me from reporting on the institute at all. Even worse she appeared bent on forestalling me from fulfilling my responsibilities as both an ABA Board Advisory Council member and a presenter. Here, I’ll show you. 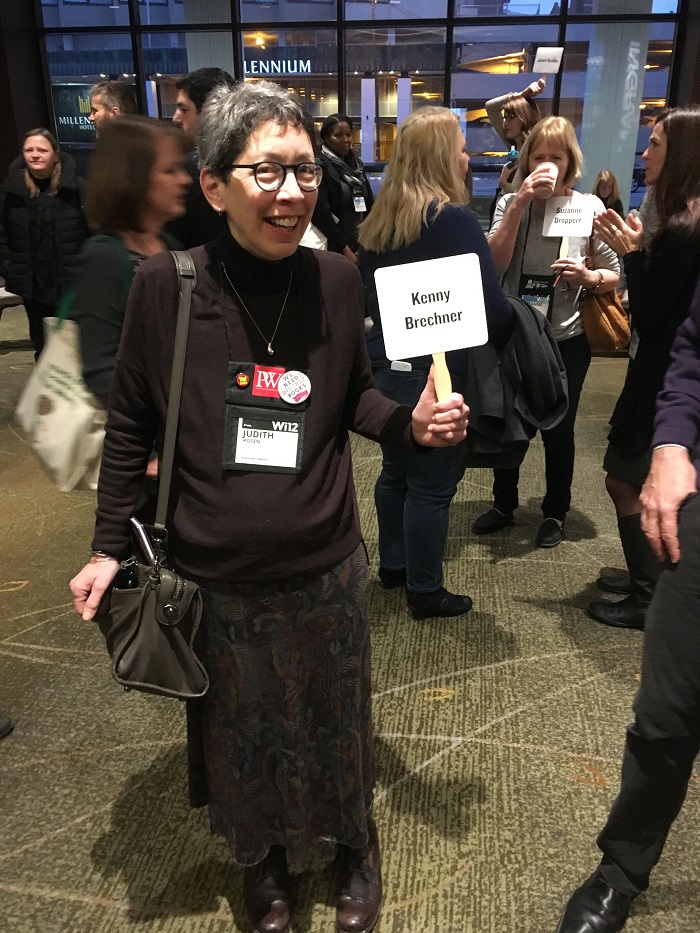 One of the first things a BAC member does at Winter Institute is meet our mentees as part of the mentoring program for first-time attendees. This is accomplished by the ludicrous act of holding up a little paddle with our names on it so that our mentees can find us before the opening plenary breakfast. Judith stole my paddle, and collected my mentees herself. I was dashed! 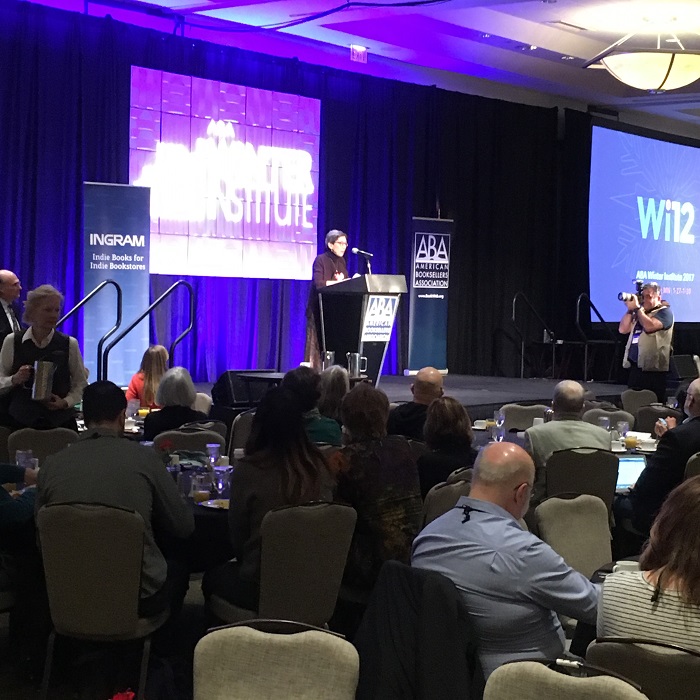 The next thing that happened was that Judith got up in front of the entire institute, and instead of telling them the finalists for PW’s Bookseller of the Year Award, she told the crowd that about how I had shirked my duties as a Mentor and that everyone at the conference should shun me. I was galled to the quick! 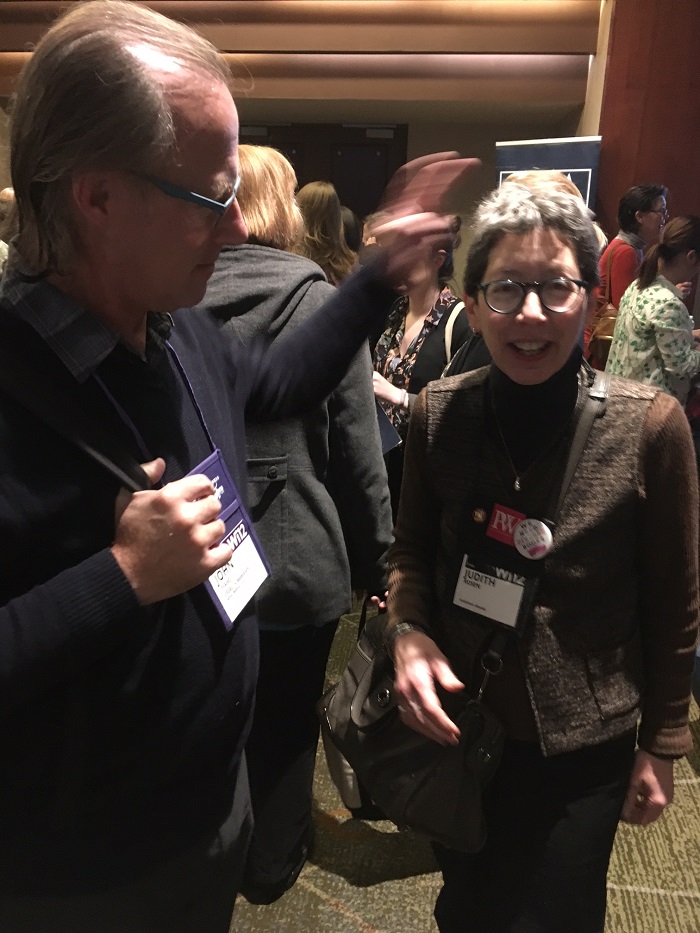 When I got outside the ballroom ABA Board member John Evans confronted me about Judith’s accusation, but even he was unsettled by her vitriol against me until, at length, he cast a spell upon her to calm things down. 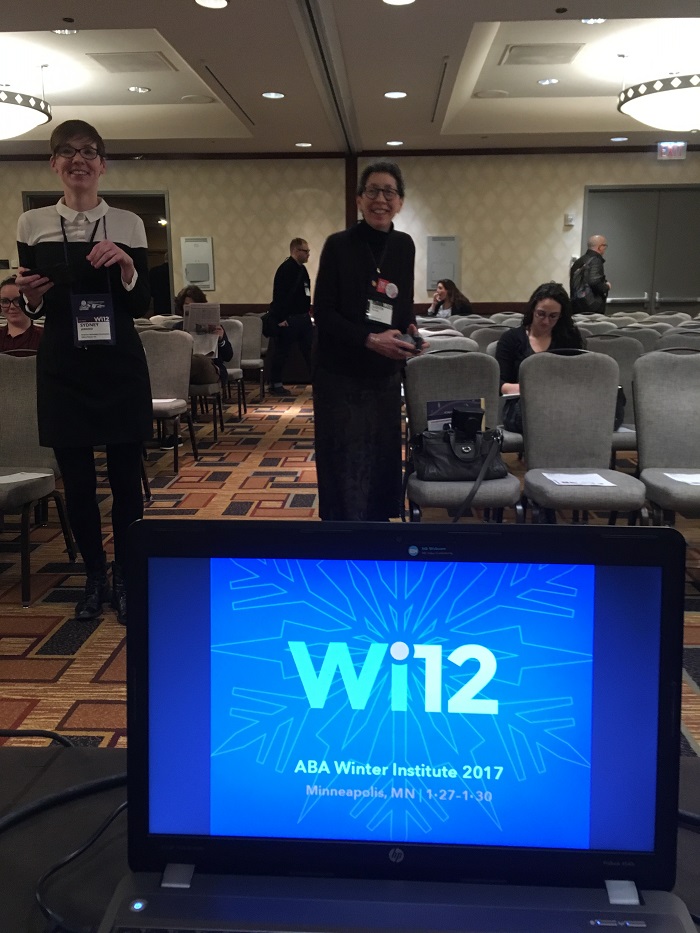 Speaking of spells things got even worse. I had once confided to Judith that a drunken banshee had cast a spell on me some years ago to the effect that if two people took my photo at once I would be rendered incomprehensible, uttering nothing but jibberish for more than an hour. Just before my panel on active nonfiction books she recruited ABA journalist Sydney Jarrard to unwittingly work with Judith to put the whammy on me. I was djuhhkkb! 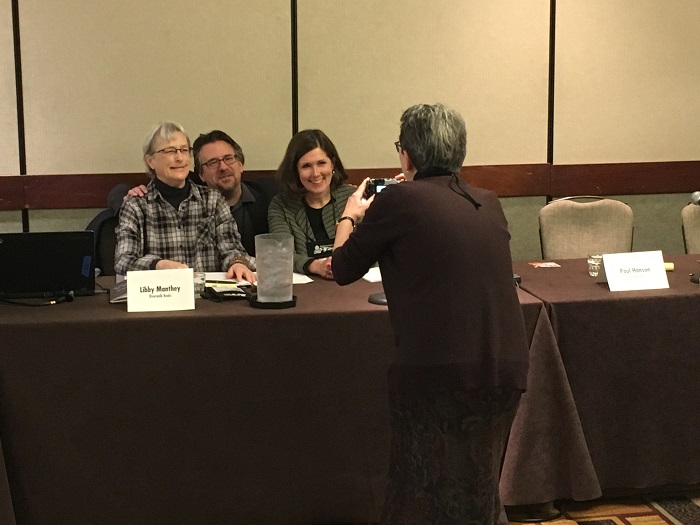 Then, after my shameful performance in which Sara Grochowski, Carol Moyer, and and Tegan Tigani had to pick up the slack, I settled in to do some reporting. But when I went to get a photo of the outstanding Maximizing Your Margin panel of Sally Brewster, Paul Hanson and my pal Cynthia Compton, Judith leapt in front of me to take a picture first, and blocked me from getting a clean photo. 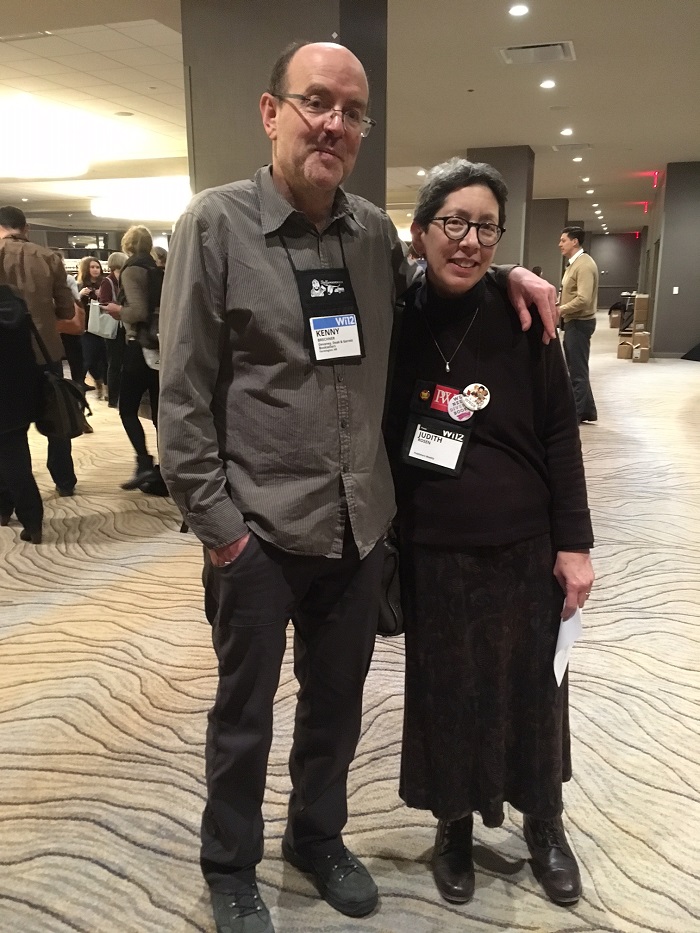 In the end, however, I decided to swallow my pride and forgive her. After all, she’s always been a source of terrific insight and perspective on bookselling issues, and a great pal. Even considering all the harrowing things she put me through this week one thing is very true, I’ll really miss seeing her at all our bookselling conference events. Sigh! Thanks, Judith!