Summer weekends bring a lot of tourists to the bookstore. Often these are entire families who stop at the store as part of their visit to Vermont. This is usually fun, but occasionally, we are the last stop in a long day of touring and this can make for tired, somewhat cranky children. It’s not their fault they’ve been hauled around and they are out of sorts. Bookstores and tantrums, sadly, can go hand in hand, but there are fun ways to soothe an upset child. 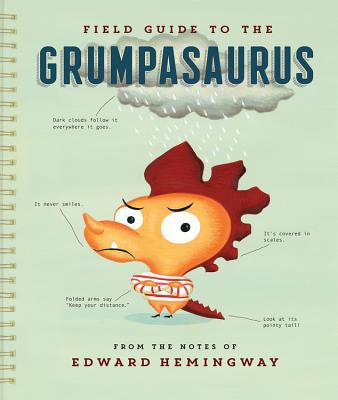 store. Often three generations come in at once. Grandparents, parents, and kids all clamor in the store looking for more books. One such family came in around 4 p.m., and there was a mom, her six-year-old son and Nana, the grandmother. Sean was tired, we could all see that, and for the most part he was doing really well being redirected away from toys towards books. Once he found the superhero section he was very, very happy.

Sadly, Sean was not allowed to get Batman books, even though he “really, really, really wanted one.” He even tried to enlist his grandmother’s help. He showed her the Batman early reader and explained to his grandma everything Batman could do. Grandma was biting. Sean knew he had her. Grandma was ready to get him that book, not knowing Sean’s mom was trying to hard to break him of his Batman addiction. I heard the mom say from the front of the store, “Nana doesn’t like superhero books.” Young Sean didn’t quite believe this. How can anyone not like superhero books? Nana never had to explain as tears overtook Sean when his mom said no to getting the book. We could hear him crying harder and harder as his mom remained steadfast in her refusal to get the Batman book.

Nana came to the counter with three cards to purchase and sheepishly apologized for not knowing the Batman taboo. We assured her it was okay, kids learn life lessons at the bookstore and they don’t always go well. Being told, “No, you cannot get this thing you think you love,” can be hard for a child. I never expect perfect behavior from kids, and we try to be kind when a child has a meltdown. We have a saying at the store, “Nap and a snack.” Most often tantrums happen because the child is tired or hungry, or both. This is often a recipe for disaster when they are told that they cannot get a book or toy.

Sean was verging on inconsolable when his mom came up to the counter and asked if we held books. I said that of course we did. Sean literally wiped the tears from his eyes with the back of his hand, and handed over the Batman early reader. I explained how the special order shelf worked and that we hold the book for him. He told me his name and I placed the book on the shelf as he watched carefully.

Then I offered him a sticker from the sticker box. He rejected the first few stickers, even the glow in the dark ones, because they weren’t Batman (I was beginning to see the obsession). The lack of Batman stickers was starting to make him sad again, and I was about to give up when I found a sticker sheet from the book Field Guide to the Grumpasaurus. He asked what a Grumpasaurus was and everyone smiled, including Sean, when I told him. As Sean was leaving I heard him talking about being a Grumpasaur and laughing a tiny bit.

Whether or not Sean’s family comes back for the book is irrelevant. What matters is Sean felt heard and understood that not every desire can be immediately gratified, and sometimes we’re all a little grumpy, and a simple sticker can turn a day around.