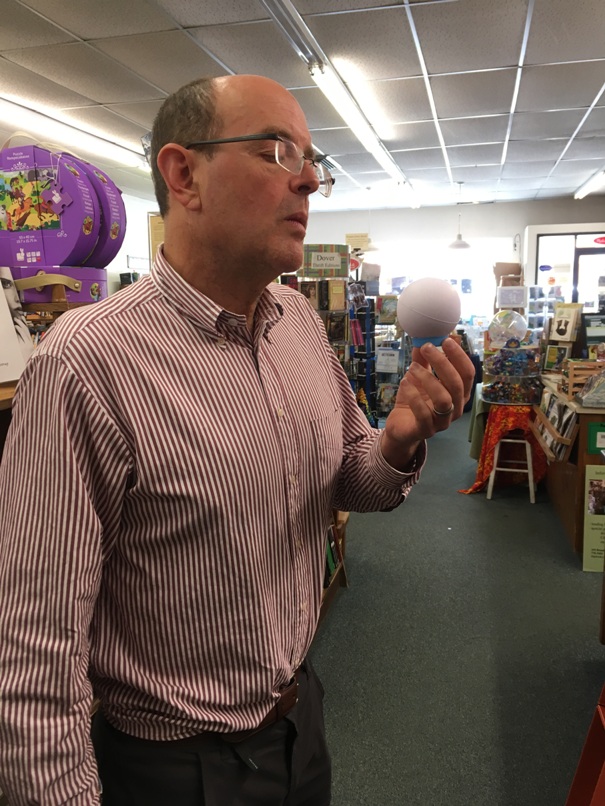 I have had an Orb Summoner for over a year. The Librarian of Years gave it to me when I asked her whether any of her colleagues read books well on into the future.  “Ah,” she said, “only The Orb reads deep into the future, she is our seeress. Here is an Orb Summoner. It will go off if she is willing to speak with you about a book on the distant horizon.”

As of this morning it had never once lit. I happened to be staring at the Orb on my desk, actively wondering whether the Librarian had simply fobbed me off with a placebo of sorts, when it began to glow. I looked into the Orb and the Seer looked back!

Kenny: Greetings to you, Orb. I’m very excited to make your acquaintance. In fact I’m quite nervous because it occurs to me that, as a Seer, you may already know what I’m going to ask you.

The Orb: I am willing to speak with you. If you hear me express any surprise or uncertainty in our speech together you may judge for yourself whether I am being politic, or whether my own presence in the present clouds aspects of my vision. In any case I am willing to talk to you about Maresi.

Kenny: Maresi!  The first book of the Red Abbey Chronicles, translated from the Finnish of author Maria Turtschaninoff. Ah, a very interesting book. 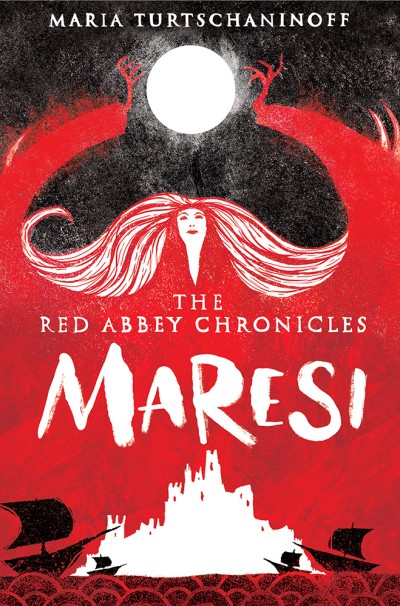 The Orb: So you’ve read it yourself?

Kenny: Yes, the comparisons to Ursula Le Guin’s classic The Tombs of Atuan caught my attention. That was a favorite book of mine as a lad, and though men are not allowed to set foot on Menos, Maresi‘s Island of the Red Abbey, I didn’t see any restriction on who could read the book.

The Orb: No indeed. The book was of particular interest to us here on the Isle of Years as we too are an all female society of beings with specialized powers, traditions and mysteries.

Kenny: I hadn’t considered that parallel! And with your special insight, what did you make of the book?

The Orb: You will speak first.

Kenny:I will, eh? All right then. I take the purity of world building very seriously. That is what I loved so much about the Tombs of Atuan. Its sense of place, character, and permanence were so well established that it not only pulled me strongly within but was a particularly fine place to linger. As a boy Ged’s mission there was very easy to associate with, an outsider coming within the confines of the Tombs. In Maresi I felt that the book’s great strength mirrored Le Guin’s masterpiece. The island and the world of the Red Abbey were so rich and well founded that the story had unusual resonance. Its pacing and tempo reinforced the strength of the island world. There were a few moments though, where I felt the allegorical hand of our world intruded, but they were rare.

The Orb: Fair enough. Yes, Maresi is a rich lode, a true world well made, that will offer refuge, sustenance, and a great sojourn to many young female readers. I take your point that the veil between its world and ours does part now and again, but not so much that the reader will escape untimely. Also, Kenny, think of Maresi’s choices and values.

Kenny: Good point. The veil between the permanence of the Abbey, of putting one’s life into becoming an aspect of a rich continuum, or leaving the abbey to infuse an unsettled, leaky world with the knowledge found there, mirrors the reader’s experience. It reflects the difference between remaining within the safe world of the book and leaving its pages to apply the knowledge won there to the uncertain world outside.

The Orb: Exactly. I summoned you because this is an ARC to be aware of. I am pleased to see that you felt my summoning before it was formally made. I will summon you again.