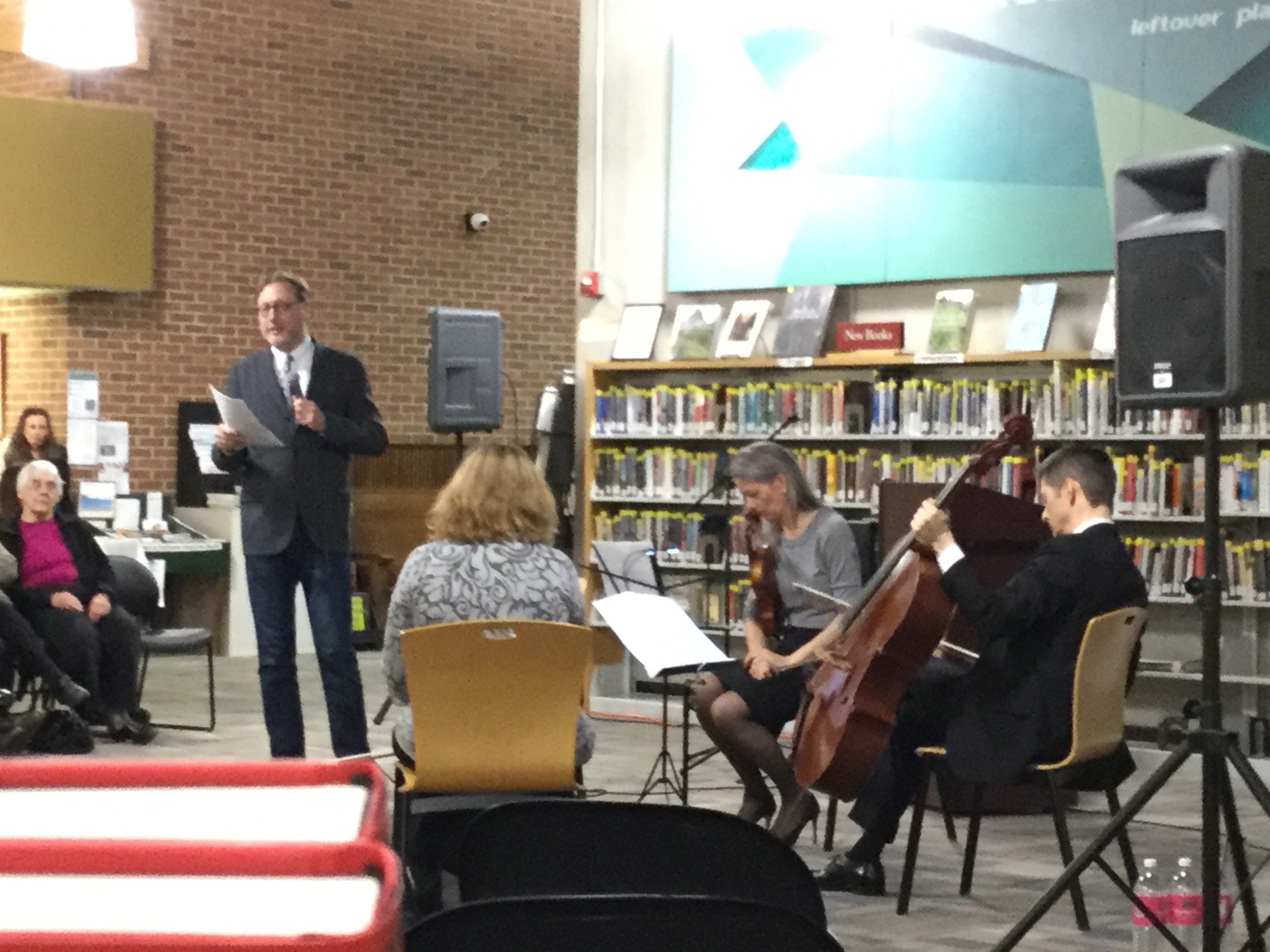 During an event at the Fletcher Free Library in Burlington, Vt., last night, author M.T. Anderson revealed to the audience a little-known fact about his recent award-winning nonfiction title, Symphony for the City of the Dead.

“Most people think this book is about the composer Shostakovich and the Siege of Leningrad,” Anderson told the packed house of nearly 100 listeners. “But in fact, it is actually about a very different subject altogether.”

What is that subject? You’d never guess. 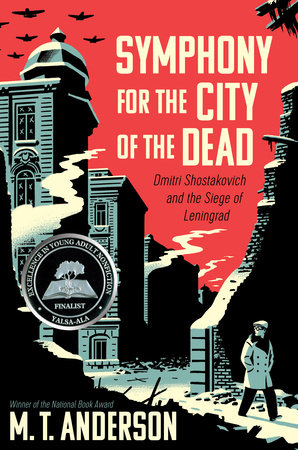 “When I was researching Shostakovich’s creation of the Seventh Symphony,” Anderson said, “I discovered that there were numerous passages in the piece that have been argued over for decades as possibly containing coded references to the composer, his state of mind, and his political message to the world. I thought to myself, ‘Why don’t I do that with my book?'”

It was the perfect opportunity, Anderson admitted, to bring to light a pet peeve of his own: infelicities in the movie scores composed by Charlie Chaplin.

“As brilliant as the man was—he was a writer, actor, director, conductor, and composer,” said Anderson—”it’s a mistake to think of him as a bona fide musician. His meter is all over the place. He uses phrases from other musicians’ compositions. And he is overly fond of temple blocks, glockenspiel, spoons, and sleigh bells.” Anderson paused and cleared his throat. “I hate to say it, but there is also an egregious overuse of slide whistle.”

So why didn’t M.T. Anderson simply write about Charlie Chaplin, instead of spending all that time researching and writing about—at least on the surface—Shostakovich?

“Are you kidding?” said Anderson. “Contemporary audiences love Chaplin. The man’s an icon, especially since Robert Downey, Jr.’s 1992 portrayal in the biopic. No one wants to read a diatribe against America’s favorite tramp. So I had to disguise my musical unease within the pages of Symphony for the City of the Dead.”

Asked by shocked audience members to provide examples of the coded references to Chaplin’s work, Anderson merely smiled. “Oh, they’re there,” he said. “Like Easter eggs in an RPG, half the fun is in finding them.”

Pressed for more, he said only: “As Chaplin himself often ‘quoted’ other composers’ music in his own compositions, so does my Symphony celebrate quotations from writers and researchers before me.” He chuckled, “At least in my case, the quotes were attributed.” 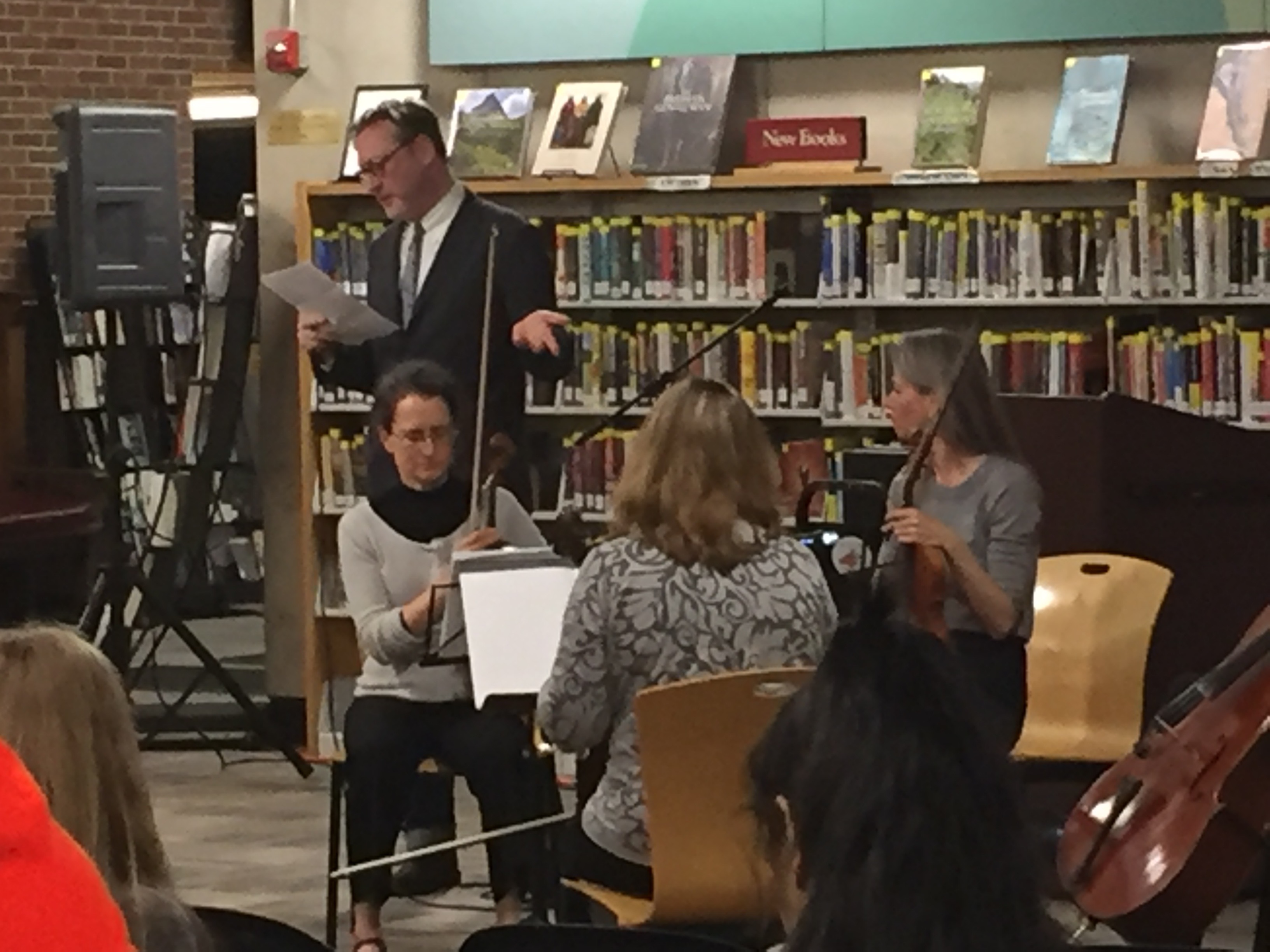 Members of the crowd began surmising about possible references to titles of Chaplin films, such as The Great Dictator, The Immigrant, and The Knockout.

Anderson held up his hands. “I encourage you to see all of the movies. You be the judge. There are some great live-music screenings, and everything’s on YouTube these days. YouTube is the 21st-century version of microfiche.”

He admitted that watching slapstick comedy provided a welcome occasional break from the seriousness of his foray into writing gripping nonfiction. “Chaplin was a great actor and a great director. There are piquancies in his compositions, too, especially in The Gold Rush. And those dancing rolls are a stitch.”

He concluded, “I didn’t spend five years researching and writing this book only to chronicle the tolls of war and incredible acts of courage, desperation, and resiliency. I wanted to get my Chaplin on, too.”

So which composer is Symphony for the City of the Dead really about? 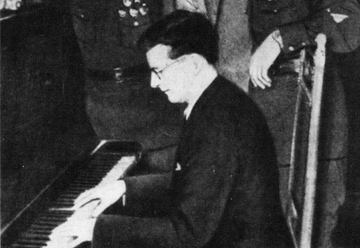 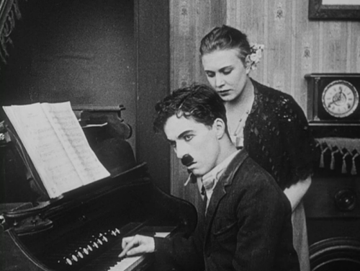 [In case you come upon this post after its publication date, it was brought to you by Elizabeth Bluemle, ShelfTalker, and April Fool’s Day.]