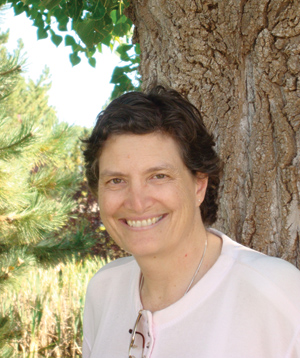 Hilari Bell is a store favorite author here. Her Farsala and Shield, Sword, and Crown trilogies have been go-to handsells for me for many years. They are evergreen titles for us.

“HarperCollins published The Last Knight, and two more of Fisk and Michael’s adventures, and they garnered such loyal fans that I decided to embark on an adventure of my own—I’m taking the rest of the Knight & Rogue books indie!”

Hilari kindly agreed to answer some questions I had pertaining to her new venture.

KB: Being a Farsala fan I have to ask a question about the Hrum. We have some examples of market-based empire building unfolding before our eyes in the bookselling world. If the Hrum were a predatory hydra bent on taking over the world, would they go about it differently than the real world wolves at our door?

HB: There are some similarities between the Hrum and… a certain other market-based conqueror. They’re both very aggressive, and can be downright ruthless. But once the Hrum conquered a country, the conquered people got a relatively honest government (the governor in my story was an exception to the rule), even-handed justice, fair taxes, and in pretty short order, a path to full citizenship in the Hrum empire—not to mention becoming a partner in the economy of the empire, which opened up a lot of markets.

I can certainly see that from the point of view of indie bookstores and publishers, Amazon is only the evil empire. But as an author who is going indie, I have to say, Amazon gives me amazing, worldwide market access, and they make it easy for me to publish and sell through them. With almost no upfront cost. And semi-decent customer service. I have to admit, the idea of Amazon having a planet-wide monopoly on the production and sale of books (and sometimes it looks like that’s their goal) is more than a bit chilling—particularly since they’re so willing to use their market leverage. (Also very like the Hrum.) But right now, for me, Amazon is simultaneously the evil empire… and the indie author’s strongest lifeline. I’m quite conflicted about them, because I also have to wonder: if they did establish a monopoly on book production and distribution, how long would their generous treatment of authors last? Given their general ruthlessness, I worry about the answer.

KB: Do you see your publishing adventure as being very time-intensive for you? For example, looking at the larger picture of other established authors faced with similar scenarios, are the personal economics of independent publishing best served by individual authors managing their own works, or is a co-operative effort, a new imprint for established fantasy authors let’s say, a possibility?

HB: It’s incredibly time intensive. In fact, this will be only the second year in three decades that I haven’t written a novel. But looking at all the work I have ahead, getting my backlist novels onto the market again, and several new ones as well, not to mention having to figure out advertising, there’s just no way I can write a first draft this year. (Which is very frustrating, because I’ve got a book in the pipeline that I’m itching to write!) I’m having to retool my whole career, approaching it as a business person instead of as a writer. Not to mention the way I’m burning through my savings, which may be OK if you’re in your twenties or thirties, but is really unnerving in your late fifties!

On the other hand I’m learning a lot, and I like that. I’m facing challenges that frighten me, and slowly getting stronger by doing so. And if I can get to a point where I can make a living reaching out to bookstores and readers directly, I think I’ll be in a more secure position—I’m willing to bet my career on readers continuing to like my books. Other gatekeepers are a lot more fickle.

On yet another hand, I’d love to see an imprint (maybe some sort of co-op?) for established fantasy authors. It would be a huge advantage for me because I could go back to focusing mostly on writing… and I’d go into a deal like that a lot smarter about the business end of publishing than I was before this new indie adventure.

KB: From my point of view the fate of independent bookselling is tied to traditional publishing. I think we need traditional filters from the standpoints of title selection, terms, marketing and distribution angles. This utopic, or possibly just myopic, vision of traditional publishers, established authors, and independent booksellers working together for our mutual interest and preservation against the forces of evil which beset us, leads me to ask two questions.

First, I will share with you that an established author producing more books in an established series cuts a very unusual figure in the swollen stream of independently published titles which are directed to my attention every day. Most of them are bilge. It is much easier, from my vantage, to see independent publishing keep a strictly vanity character, because it would be unmanageable triage to try and sift through them for quality. Is that purely a bookselling issue or does it resonate with you?

HB: Despite my earlier crack about fickle gatekeepers, I know just what you mean, and I’ll be the first to concede that most indie-published books aren’t ready for prime time. On the other hand, in my own writing critique group, I’ve seen a number of novels that were absolutely worthy to be published and couldn’t find a home. Those gates we’re talking about are only open a crack at the best of times, they slam shut on the narrowest whim of the marketing department, and they exclude a lot of books that really should be published. And for writers who don’t have my advantage of having been traditionally published first, getting any kind of traction self-publishing is probably even harder than getting published conventionally.

But as a reader, before I buy a book I also want the assurance of basic quality that a publisher provides. (And editing is essential, too—both substance editing and copy editing.)

My personal prophecy for the publishing industry is that, because of the changes new technologies have brought to production, the big publishers will slowly lose market share to a host of small publishers. (At a writing conference a few years ago, I found myself sitting next to a small publisher who told me, “I can do anything for my authors that a big publisher can do, including get your books into Barnes & Noble. And better advertising, since I only publish gardening and cookbooks and I know that market.” 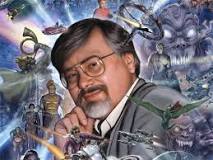 These small publishers, unlike today’s big… are there still six?… will have tightly focused lists, and an individual “house style,” so readers who pick up their books will have some idea of the book before they even read the jacket. Like Baen Books, which I’m aware of because they gave several of my favorite authors their start. My understanding is that Jim Baen had a hand in the selection of every book that left his house, and even after his death, the editorial staff still reflects his taste. Or if you want a newer example, there’s Entangled, a very successful new romance press that recently published a member of my critique group. And there are a number of small mystery presses…. This is already happening, and I can’t think of anything that would be better for the whole book industry than a plethora of small presses, in every genre and non-fiction category, industriously publishing all kinds of different books, and the thought that we might be headed that way makes me very happy.

This is probably the point where I should mention that I’m a terrible prophet, and the people I like on American Idol never win.

KB: Secondly, there are terms issues involved too. Scholar’s Plot is a 20% discount title, which is a special order only rate for most stores. I should hate to see great books leave the handselling arena for lack of a working margin?

HB: I believe I mentioned that I was still learning? A lot of that learning involves making mistakes—and thank you so much for bringing this to my attention! In my own defense, I did set my “wholesale discount” at 40%. What I didn’t know was that, buried in the fine print of Ingram’s 12-page contract, is the fact that Ingram’s distribution arm is a separate company from their printing arm (which also makes money on the printing) and that if you list a title at a 40% wholesale discount, they take 20% and pass a 20% discount on to the bookseller. If I select the 55% discount they only take 15%, the bookseller gets 40% off…and on a $27.99 hardcover, if one copy is ordered, I end up making 27 cents a book. I can raise my already high prices ($31.99 would get me to a bit over $2 per book) or I can decide that the hardcovers will have to be a special order, and set the paperback prices (which work out a bit more reasonably) to give me a better margin and the bookseller a 40% discount on the paperbacks.

However, it’s worth pointing out that my backlist title (The Goblin Wood), which I’m going to price at $12.99, will get me $1.99 per single copy sold through Ingram, and on Amazon’s Createspace I’ll get $4.34 for the same book sold at the same price. At least some of the difference is probably because Amazon charges the customer for shipping, and with Ingram the shipping is on me, but there when it comes to my bottom line… This is why, once they’d ruled a conquered kingdom for a few years, the Hrum hardly ever faced rebellion.

KB: All right, enough about all that, what can you share with us about your upcoming, or down the road a piece, book projects.

HB:The next book I’m bringing out will be the final book in the Knight & Rogue series, Lady’s Pursuit. I had originally hoped to get it out this spring but it’s more likely going to be fall—and maybe late fall. (Things really are taking twice as long as I think they will.) But meanwhile, I’m going to get Thief’s War and Scholar’s Plot out in paperback (with a 40% discount to booksellers) sometime in April. One of the main reasons I decided to go indie was because I couldn’t bear to leave this series unfinished. They work as standalone novels—in a six-book series, they have to—but by the time I finished book one (The Last Knight) I had an overarching, six-book story arc in mind. I knew, years ago, that Thief’s War would be the book that ends with my two heroes (who spent the first three books cementing their friendship) coming apart over a matter of principle, and that Scholar’s Plot would be the book where I put them back together again. Frankly, these last three books are where the series plot kicks into gear… and I just couldn’t leave the rest of the tale untold. And I have to say, the readers who’ve managed to find those books despite my deplorable lack of advertising (I’m working on it!) have welcomed them with great enthusiasm. There was a lot of wailing when I ended Thief’s War by pulling the whole foundation of the series apart—but now that readers can get the book where things come back together, in an even better shape, I think I’ve been forgiven.