When I’m not working at the bookstore I teach and perform stand up comedy. I usually teach comedy in my hometown of Burlington, Vt., but this Saturday I taught a stand up workshop in Hadley, Mass. I had posted this class on my Facebook page, and was delighted when Ellen Wittlinger messaged me to say she was thinking about signing up, but was a little “terrified.” I’ve known Ellen for years and assured her that she was hysterical and would be a great addition to the class. Plus, a little creative terror can be good for the soul. 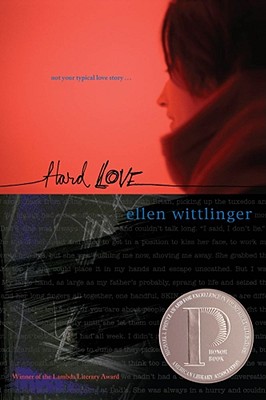 I was thrilled that Ellen, author of one of my all-time favorite books, Hard Love, had converted herterror to trying something new, and we both whooped and hugged when she walked into the class. What I wasn’t expecting was for Ellen to bring her friend, Lisa Papademetriou. Lisa had co-written a book with my friend Chris Tebbetts, M or F,  a humorous take on Cyrano de Bergerac and what happens when the ghost writer falls for the boy. They arrived early and we chatted. I had only met Lisa once when she popped into the store and signed stock. The class administrator came over and checked them in. “I usually shelve these guys,” I blurted. Christine looked askance at me. I explained the whole bookstore-writer dynamic going on and she just laughed.

I asked Lisa why she was taking the class and she said she’d like to inject more humor into store presentation and classroom visits. She expressed the power of comedy: it can make people more engaged. I always like to say, “If they’re laughing, they’re paying attention.” And haven’t we all been to readings where a little humor would go a long way to making the event more enjoyable? I also can’t imagine doing school visits to a high school without adding some humor. Everyone relates to humor, it’s something that we all share, and laughing together is a wonderful bonding experience.

Class began and I explained that most humor comes from creating tension and that tension builds and then gets relieved by laughter. Stand up comedy is all about risk and vulnerability. The structure of a joke is a lot like writing: there’s the set-up where you explain let the audience know not only what your joke is about, but also how you feel about it, and then the punch line where the payoff comes. It’s a tight structure and one that writers often excel at because they understand how to edit and they’re not afraid to kill their darlings. Of course, writing and performing are different because you’re not alone doing stand up. The very nature of stand up is about establishing community very quickly and connecting with the audience. 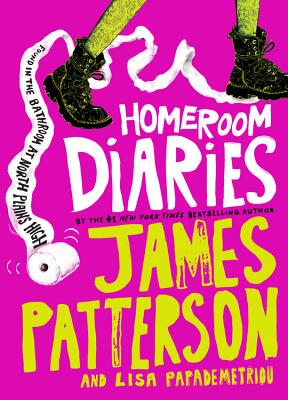 Lisa and Ellen hit home runs during their performances. If they were nervous, they hid it very well. They both told very personal stories full of tension and got huge laughs. I was so proud of both of them for conquering their fear and just going for it. It was funny because both of them admitted to feeling nervous after they sat back down. What they were feeling wasn’t nerves, but pure adrenaline, that rush all comics feel after nailing a set and doing well. I’m not sure if either Lisa or Ellen are going to go on and do stand up again, but I sure hope they do. In the meantime, I can visit their humor in their books.

One thought on “Laughter and Terror: Writers and Stand Up Comedy”