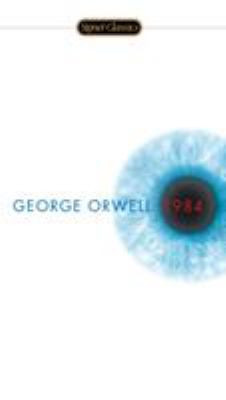 “We had a strange phone call this morning,” said our staffer David as I walked in the door this morning. “Strange” is not generally a harbinger of good things, so I was alert. He continued, “A gentleman called and asked if our credit card machine stored information about his purchase, because he bought a book about Gatlinburg here, and a couple of days later, a tourism ad for Gatlinburg showed up on his phone. He was very upset.”

This was strange, certainly, but of course had nothing to do with our store. David had tried to reassure the caller by letting him know that our credit card machine, a stand-alone unit connected only to a power source and a telephone line, is essentially a magnet-stripe reader and a keypad. It is completely separate from our point-of-sale system computers. The only information that goes into it is the credit card swipe itself. Even if we’d wanted to violate our customers’ privacy in such a gross and unethical manner, it isn’t possible.

The customer wasn’t convinced. David asked the gentleman if he’d perhaps searched his web browser for the book title or for information about Gatlinburg, but the caller was certain he had not. David tried reason: the customer didn’t shop using a name, and the only record we have in our point-of-sale systems is that a copy of the Gatlinburg book sold at x o’clock on the date he’d shopped. There is no possible way that information about this customer got to the online world from our store. No dice; the caller hung up the phone, still suspicious (or at least skeptical) about his privacy.

What’s hard is that, because of the ever-expanding tracking mechanisms online now (which is the only way, outside of an unlikely coincidence, that his interest in Gatlinburg led to the pop-up ad), this man now doesn’t trust bricks-and-mortar stores. Of all the challenges we have faced with the advent of the internet, this is an unexpected and most unwelcome turn of events. It makes me angry that the online world has intruded so deeply into our personal lives.

Many of you may have read one of the recent articles disclosing Facebook’s research on people’s posting behavior. Facebook essentially manipulated users’ news feeds to include mainly posts with negative (unhappy, complaining, etc.) or positive posts from their friends, to see if that had an effect on the posting behavior of the readers. And it did. And that’s just one of the many, many studies that have been conducted without users’ awareness. It’s creepy. What’s even creepier is that the younger generation of tech users—at least, anyone with a smart phone, tablet, or computer—is used to their privacy being invaded. They’ve grown up in a world without the possibility of privacy. They can’t know the difference, what the loss of privacy means. The teens I’ve talked with about this shrug off concern. They see targeted ads as positive; recommendations for music, videos, books, movies, clothes, gadgets tailored to their interests come to them instantly, an endless feed of stimulation, and connecting to friends (and pop culture) is easy and convenient.

I’m not a Luddite, although I appreciate Luddites. Technology is wildly interesting, can be deep and rich and informative, and best of all, makes possible previously unthinkable innovations in science and medicine, and allows for environmental problem-solving on a global level. And technology is fun. I’m in favor of fun. But I am extremely concerned about the mining of personal data for commercial gain, for emotional manipulation, for social control. Every time some new insidious form of commercial coercion makes its way into the American bloodstream, I’m reminded of M.T. Anderson’s Feed. That book, published in 2002, was so prescient it’s frightening. Our customer’s distress about his shopping habits being tracked made me think of the scene in Feed where Titus and Violet try to outwit the ad bots by doing searches for completely unrelated, oddball things, hoping they will stymie attempts to figure out their interests and preferences. Whenever I think of this scene, I throw a few weird search requests into Google myself, and wait for ads featuring microscopes and bungee cords, velvet pants, diving helmets, candle-powered glockenspiels, bird dung crab spiders, and monk’s cloth to pop up in my feed. It’s pebbles against the tide, but it makes me feel better.

6 thoughts on “The Post-Privacy Era”