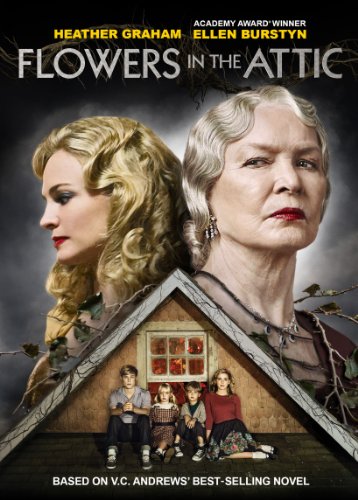 With the movie version of V.C. Andrews’s immortally trashy, creepy, compulsively readable book Flowers in the Attic, about to be released on DVD, I started thinking about bad books and what makes some of them so good. (And by “good,” here, I mean irresistible despite obvious flaws.)
I have loved a number of questionably tasteful books over the years. Some were books I was convinced were well written when I read them as a child or teenager, and upon re-reading them as an adult, I realized my literary faculties were perhaps impaired by competing interests with a higher priority at the time: a cozy or magical world I wanted to live in, perhaps, or a hunger for mystery, adventure, and suspense, or, later, curiosity about romance and sex. Was it narrative drive that made some of the poorly written books so readable? Or the introduction to some hitherto taboo topic? All I know is, it didn’t matter to my reader self at the time that the books weren’t well-written or the characters beautifully developed. They sparked my imagination. And I did grow up to have credible critical faculties despite the popcorn reading, so they didn’t ruin my brain. Of course, they weren’t all I read, either.
So I wanted to throw it out to you: What makes a bad book good? And which ones did you love best?

16 thoughts on “What’s the Best Bad Book You’ve Ever Read?”