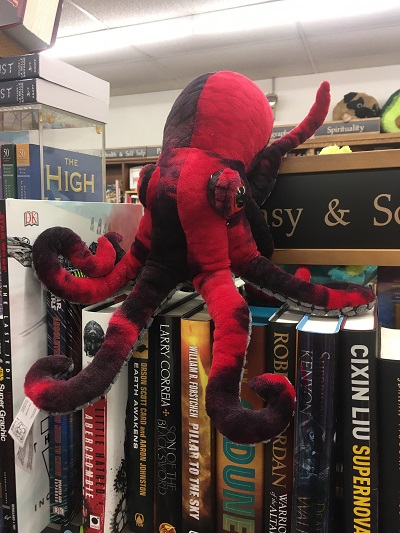 There are a number of animals known to possess oracular power such as the raven, the owl, the antelope, the pig, the mole rat, and the Gaboon viper. Not many people, however, know that the most prognosticatory of all animals is actually the octopus. We have learned this obscure but useful fact at DDG due to the remarkable oracular exploits of Mervyn, the store octopus.

With the Early Bird Sale coming up this Saturday, that fun annual event in which Downtown Farmington merchants open at 6:00 a.m. and have special sales till 9:00 a.m., it was time to test Mervyn’s powers. After all, the Early Bird is a window into the holiday season to come and a good opportunity for Mervyn to flex his oracular muscles.

Kenny: So Mervyn, what is it that makes octopuses so visionary?

Mervyn: Our eight arms allow us to insert tendrils of probability into the tidal pool which is time. 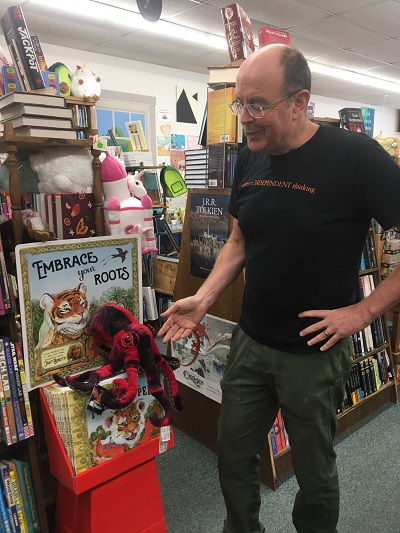 Kenny: I see. Well, let’s get right to it. Past Early Birds have seen big sales of Jan Brett’s newest book. This year’s Jan Brett is The Tale of The Tiger Slippers. Will it see less Early Bird sales because it is not a holiday or winter themed story?

Mervyn: Are you willing to take my advice and rename the book The Tale of the Snow Leopard’s Snowshoes and insert trolls and polar bears into the narrative?

Mervyn: Then sales will be down.

Kenny: I’m sure you are selling her fans short, Mervyn, but we’ll see. Okay, so each year Early Bird is the time we put out the season’s new Holiday titles. Which Christmas-themed book will DDG shoppers favor on Saturday?

Mervyn: It will be a close run race between Matt Tavares’ delightful and evocative Dasher and Drew Daywalt’s interactive The Crayons’ Christmas. Dasher wins by a nose.

Kenny: Ah, Dasher is a worthy title indeed. And what surprise standouts do you predict? 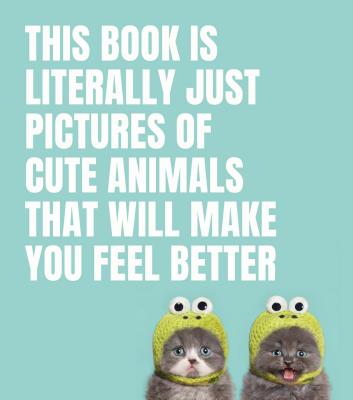 Mervyn: Holiday shopping evokes a bit of stress and you will see that the accurately entitled This Book Is Literally Just Pictures of Cute Animals That Will Make You Feel Better, will be picked up by many. Also people will be looking to provide warmth and escape to balance the world’s ills and tensions this year. You will see books that reassure, like Dragon Night, and books that transport, like The Unlikely Escape of Uriah Heep, stand out.

Also you should note that when we are closed and no humans are in the store, Klawde, Evil Alien Warlord Cat has been boasting to the other books that he will dominate the fourth quarter. He’s very convincing, I must say. The only book that has stood up to Klawde is Tiny Tough, the new Dory Fantasmagory book. I predict that they will both be big sellers on Saturday.

Kenny: I’m not surprised. Tiny Tough is the best pirate ever. Dory’s many fans will be thrilled to  embark on her new book.

Thanks Mervyn, I look forward to seeing how your predictions play out!

Mervyn: The drama is all on your side, Kenny. Pshaw. I speak sooth.