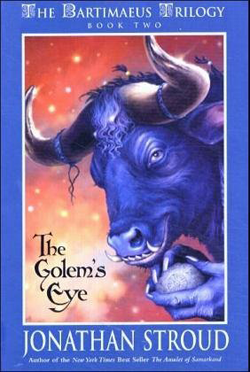 This time of year I take a long swim in a lake before work. I was out on the water yesterday, thinking about how one of my favorite settings for a book involves taking the world as we know it and twisting one of its key elements to great effect. In the Bartimaeus trilogy, for example, the one twist involves England’s aristocracy being composed of magicians, which form the governing elite. That allowed for a fascinating exploration of class issues.

What about us, though? Was there a tweak that would be worth considering? Then it hit me. What if our government was run by children’s book characters instead of actual people? Which character would I choose to be president?

There are issues to bear in mind. Many strong YA characters are conflicted regarding the exercise of power, Katniss Everdeen for example. Nathan, of the Half Bad trilogy, was so put off with his foray into political dynamics he became a tree, not an ideal state for governing though there is a precedent for it in Speaker for the Dead. Still, he would perhaps be a bit rash as an executive, even in an arboreal state. Most great characters like Skulduggery Pleasant prefer to work on their own terms  and view politics as a kind of odious moral quicksand. 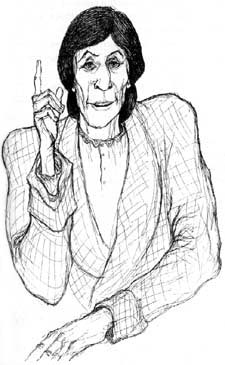 My first thought was Ole Golly, but then I realized she too would much rather be a minister, a chief of staff, than a leader. Sam Gamgee would be a fine leader, but The Lord of the Rings is not a children’s book.

There are many great characters who might develop into great leaders but have to work through a few more issues before they’re job ready. Would Dory Fantasmagory grow in to executive material? Probably but there is a lot of road to travel still before she would be ready to take the nation’s reins. As it stands we would have to wonder whether a cabinet made up of imaginary people could truly be effective. The Princess in Black is loaded with potential but could also probably use a bit more seasoning. The three main protagonists of the Emberling books would have been great choices but they are unlikely to survive the final book of the series in good trim.

There are a lot of good leaders in fantasy books like the Wereworld series but they are all monarchs. Fantasyland, as Diana Wynne Jones pointed out, is governed by four different types of Kings and five types of Queens. There are no Presidents. This was more of a toughie than I had initially thought. I decided to poll people around here.

Karin wanted to see the sheep from Sheep in a Jeep. I pointed out that they represented something more in the legislative line. “Well then.” she said, “I want Max from Where The Wild Things Are. He tamed them after all.” 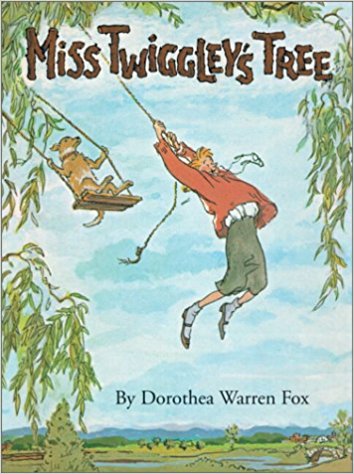 Holly put forward “Puss, the dog from Miss Twiggly’s Tree. It was my favorite book as a child. He was the behind the scenes guy who very quietly put it all together. He wasn’t grandstanding. Not an attention hound. Very quietly competent.”

Meredith snapped out with “An obvious solid candidate would be Hermione. 100% I would pick her.”

Emma picked “The Lethargians from The Phantom Tollbooth. We all need to slow down. The world moves too quickly.”

Doug chose Dick Whittington. “He was a gentle soul who had empathy and compassion. He became incredibly wealthy but he never forgot his impoverished background. Also he let his cat go even though it broke his heart.” 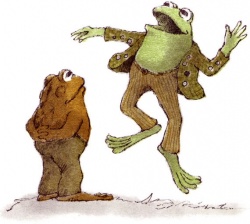 Clare: Honestly I would pick Frog and Toad because they balance each other out.

Clare: Toad would definitely be president. He would recognize that he needs the help but Frog would just accept the responsibility alone. But Toad would say ‘I can’t take it’ and get stressed out and go to Frog for help. The dream team would come together that way. 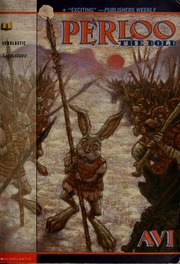 Laurie said, “I’d go with Perloo the Bold. He’s intelligent, thoughtful, modest and honest. All good qualities for a leader. He also made his decisions based on understanding the history of his people, had a willingness to negotiate, and achieved a resolution between the warring factions with limited bloodshed and which led to a collective government.

Sherry chose Mike Mulligan. “He had to work with the town. He had deadlines. And the more people who got involved the harder he worked and the more he got done. Even though Marianne dug herself into a hole Mike used her as a furnace to heat the home they were working on. He’s resourceful.”

Elliott chose the Fantastic Mr. Fox. “He’s resourceful and clever. He takes from the wealthy farmers and gives to the animals who are in need. 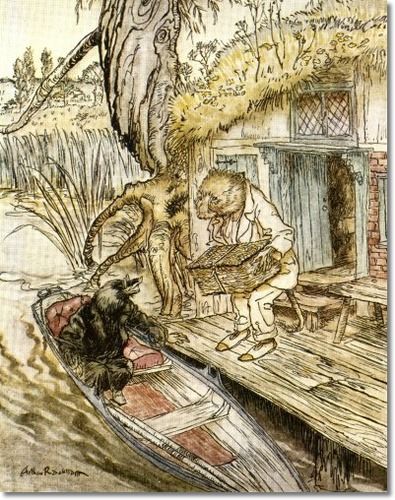 Reid: Ratty from The Wind in the Willows. He has a strong concern for the welfare of everyone else in the story. he’s responsible and a rat of action. And he knows when to go for help.

Kenny: That’s a great choice. What about Badger, though?

Vaughn reported that “I would do Jo Marsh from Little Women. I like her spunkiness, I was always kind of a Jo myself.”

Heather reported that “Dumbledore was my first thought – but then I decided Hermione. I am ready for a woman (be they magical or Muggle).

So which children’s book character would you put forward???

(Note: We are looking for fresh candidates here – not venting on the status quo.)