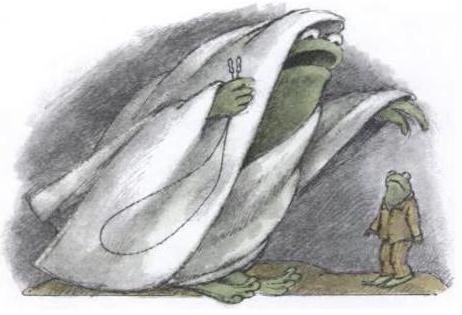 There is no question that many of us share the pleasure that Frog and Toad took in tales of terror. “Frog and Toad sat close by the fire. They were scared. The teacups shook in their hands. They were having the shivers. It was a good warm feeling.”  We are glad to learn from Clark Ashton Smith that “The skies are haunted by that which it were madness to know; and strange abominations pass evermore between earth and moon and athwart the galaxies. Unnameable things have come to us in alien horror and will come again. ” Why are we cheered by nameless horrors and fetid vapors wafting up from forgotten vaults? The answer to that question lies in the pages of Small Spaces, the middle grade debut of Katherine Arden, whose justly acclaimed adult novels, such as The Bear and the Nightingale and the Girl in the Tower, have blended Russian folklore and history in a sublime manner.

With Small Spaces, Arden deftly shifts into writing for a wholly different audience. Evoking a classic strain of terror while remaining fully centered in a character driven middle grade narrative, Small Spaces is a real treat both as a reader and a bookseller. Great macabre fiction intimates darker, purposeful currents running beneath the exposition and Arden’s mature sensibility is felt throughout, accentuating but never obscuring or obstructing this tightly knit tale of scarecrows, friendship, dimensional border crossings, and a dubious school field trip to a New England dairy farm.

To get to the bottom of all this, Katherine was kind enough to answer a few questions. 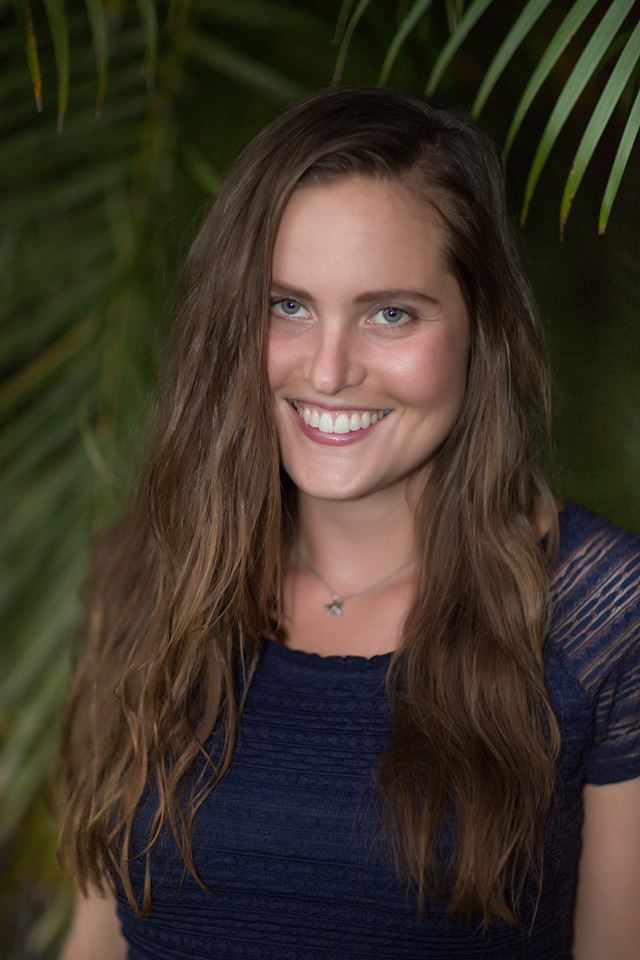 Kenny: Small Spaces is itself a small space in terms of the intimate scope and range of the story. Is the rich atmosphere of terror the book achieves dependent on all its supernatural and mundane elements being enclosed in a small space?

Katherine: I definitely think that there is an element of claustrophobia that adds to the book’s sense of dread. Starting with the scene in the graveyard, then moving to the bus, the cave, the bedroom, the loft, and finally the corn maze, the book is a series of small set-pieces (small spaces if you will) that get a lot of their tension from that sense of confinement. Also it echoes back to Ollie being trapped and isolated in her own head after she loses her mother.

Kenny: Chess has an interesting role in the book. Ollie and Coco are good players of course. I noted that the Smiling Man got involved in that saying to Ollie “check and mate to you.” Does he see his business as a form of that game with scarecrow pawns?

Katherine: Of course. He is this mysterious immortal: unscrupulous if not downright evil. He amuses himself by playing games like the one he plays with Ollie and her friends. But she beats him. It came as a surprise to the Smiling Man; he’s not beaten very often.

Kenny: Small Spaces explores elements of mistaken assumptions in many ways. Is straining to perceive the real nature of things related to finding a way out of the corn maze and navigating loss?

Katherine: Ollie’s journey through the world beyond the mist, and ultimately through the corn maze, is of course also an interior journey for her, into the terrifying, bewildering maze of her grief and anger, and eventually to finding herself again on the other side. There is a metaphorical aspect to the book in that sense. Part of her journey involves exploring mistaken assumptions she has about her friends and about herself. Ollie saves her classmates, and in doing so goes from isolation and self-doubt to confidence and being part of a community. 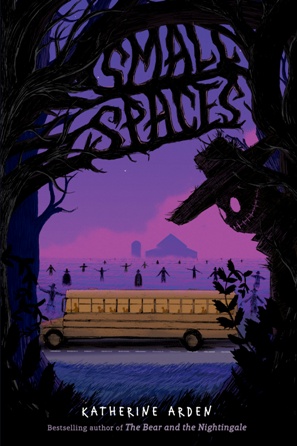 Kenny: Is the Smiling Man related to any other literary or historical extra-dimensional entities such as The Green Man? Also, is he really limited to Smoke Hollow or is that only one area he is at work?

Katherine: I guess the Smiling Man’s most immediate inspiration is Mephistopheles. Recall how he tempts people with what they want most. The name Seth comes from Set, the Egyptian God that murders his brother Osiris. The Smiling Man’s cat’s name, Behemoth, is a wink at one of my favorite novels, The Master and Margarita, where of course Behemoth the cat is part of the retinue of Satan (disguised as Professor Woland) when he comes to Moscow. (Yes, I know it’s not a reference any child ever would get, but it was harmless and amused me.) He is not limited to Smoke Hollow and might possibly make a reappearance in future books.

Kenny: Brian speculated that “Once you leave Narnia you can’t get back in the same way. It’s probably like that.” Are fantasy books how-to manuals more than one might have supposed?

Katherine:To a kid who reads a lot of fantasy, and then finds him or herself in a mysterious world where nothing makes sense, I think fantasy would definitely be a how-to manual. Also, for an avid young reader like I was, books are what helps you build up the language and vocabulary to understand and articulate the world around you. So in that sense, it is perfectly logical for Ollie and Brian, the avid readers of the group, to use book comparisons to describe what is happening to them.

Kenny: Do you have a favorite tale of terror?

Katherine:I was a huge fan of Scary Stories to Tell in the Dark when I was a kid. Those illustrations! I read all the Goosebumps books. My favorites were Welcome to Dead House and The Ghost Next Door. Probably today my favorite scary story is Misery by Stephen King.