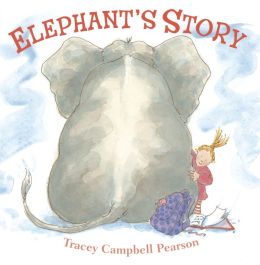 Artist Tracey Campbell Pearson tells a very funny story about herself as a little child that crystallizes the value of not making lazy assumptions about what books children will and won’t like. Tracey’s most recent picture book, Elephant’s Story, is about a girl who loses her favorite book. An elephant finds it and unintentionally sucks all the letters out of it with his trunk and spends the rest of the book trying to fix it. It’s adorable, and, while fanciful, is also fairly straightforwardly an exploration of distress over a lost book. Yet Tracey didn’t recognize her deep connection to the story until after she had finished the story and interior art and was working on the book cover. She saw a family photo of herself at age three that catapulted her into a memory of losing HER own favorite book. It was a book she dragged everywhere as a toddler, pored over, hugged, tucked under the covers like a beloved stuffed animal. She was devastated when the book was lost. The kicker? The book was a collection of art by El Greco. (To read more about this and to see a picture of tiny Tracey clutching her favorite book, click here.) 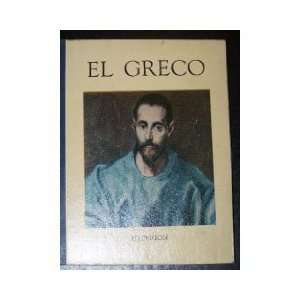 Tracey Campbell Pearson thinks her beloved lost book (which had a cover like this) might have been from the Hyperion Miniature Art Book Series, published in the late 1940’s or 1950’s.

My own nephew, as a little guy, was predictably fond of books about trucks and construction sites and other typically popular young-boy fare. But for his fifth birthday, he didn’t want a celebration featuring construction vehicles or pirates or ninjas or superheroes. Instead, he insisted on hosting an Andy Goldsworthy party. He’d become fascinated with the artist’s outdoor constructions in a book on his moms’ coffee table, which led them to the fabulous Rivers and Tides documentary about Goldsworthy’s work. So — in late February, in snowy cold Vermont — a bunch of little boys and girls bundled up in snowsuits and mittens and went out into the backyard to make snow and ice structures. It was pretty great.

When I was a school librarian in New York City, there was a kindergartner who used to spend hours looking at old photography books of the city. He was particularly fascinated by the trains running through the city, and the layout of the streets. This boy and his dad went on walks through the city, finding and tracing remnants of long-lost train tracks. One day, Griffin was looking at a spread in one of the big old books with sepia photographs. I think it was an aerial view, but not from too high up. (I can’t remember which exact streets he identified, so they are indicated with “XX” in the following quote.) Griffin said, musing, “I think this must be the intersection of XX Avenue and XX St., because XX Avenue went in both directions back then, but XX St. was one way, and there are train tracks behind here.” We flipped to the photo credits section and sure enough, he was right. I may not remember any of the street names he mentioned, but I sure remember being astonished at his patient assessment of the photographs and his thoughtful deductive analysis.

Now, I am fairly certain that, were a customer to ask me for a great recommendation for a three-year-old, and I handed her The Art of El Greco (or, for a five-year-old, some Andy Goldsworthy or a book of old Manhattan photos), I would encounter some pretty skeptical looks. Rightly so. But the truth is, we never know what will reach into a child’s heart and soul and imagination and take root. This is why it’s so valuable and important to expose children to all kinds of books, to give them not only children’s books, but interesting books for older readers — coffee table books of art and people and far-off places — and have them in our homes, our doctors’ offices, our libraries and DMVs and everywhere little kids hang out without a lot to do — readily available. And it behooves us to do our best to get those books into homes that can’t afford them. 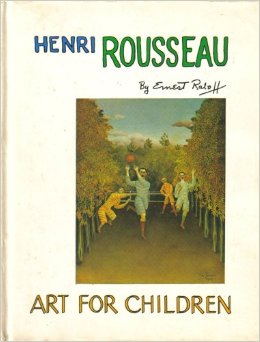 Something else I take from these anecdotes is a reminder that nonfiction is just as important for very little children as for older independent readers. I need to remember that when I’m hand selling books to parents and grandparents. I’m not sure El Greco would ever have occurred to me to recommend, but I do remember loving a wonderful children’s art book series my parents gave me one volume at a time. My favorite was the one on Henri Rousseau. I lived in its pages. (A quick Google search led me right to it: Ernest Raboff’s “Art for Children” series, once published by Doubleday, now OP.  Yoo hoo, Random House!)

Really, it makes sense. Most children are visual creatures; there’s a reason the earliest books are picture books. Art and photography books are, after all, picture books – albeit of a different kind. They introduce children to worlds beyond their experience, both real and imaginary, sparking imagination and, perhaps, lifelong passions.

Readers, what unexpected book obsessions did you have as a child, or have you encountered with the kids in your lives?